The Death of Dreams: Inside Llewyn Davis 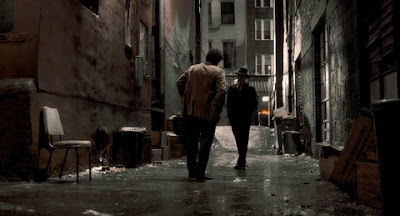 I think we would all agree that one of the most magical experiences that comes with loving movies is crossing paths with just the right one at just the right time. What’s bizarre is that the same movie at an otherwise less perfect time might not have the same effect on us.

I first came across Inside Llewyn Davis a few months after its release in 2013 and I didn’t think anything much about it. In fact, I decided not to finish it because I didn’t think the movie had anything relevant to say to me. A couple of weeks ago, as if by fate, I decided to give it another shot. I was humbled to find that I had completely misjudged what is now one of my favorite movies of all time.

Before I get to explaining how I had this revelation, I think it’s important to mention that at its very core, Inside Llewyn Davis is (at least to me) about a disheartened dreamer, desperate to make something of himself doing what he loves to do: perform folk music. Llewyn (Oscar Isaac) has also just lost his musical partner Mike to suicide, is homeless, and has impregnated his friend’s girlfriend Jean (Carey Mulligan). To say that he is down on his luck would be a severe understatement. The movie follows him through a week in his life, and viewers are exposed firsthand to Llewyn’s determination when it comes to making his dreams come true without having to compromise anything about himself. If only somebody had told him he was in the wrong industry. 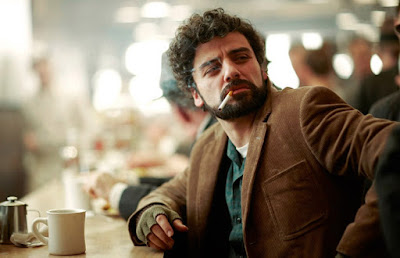 I guess my first time around I didn’t care too much for the movie because (spoiler alert) things never get better for Llewyn. His music doesn’t take him anywhere, and in fact gets him in more trouble than anything. In 2013, as a naive new college student who thought she was above failure, the “follow-your-dreams-no-matter-how-tough-things-get” movie was more my type. It conditioned me to believe that your dreams ALWAYS came true if you worked hard. While I still do believe in determination, I’ve gone through enough since my first time with Llewyn to understand that sometimes dreams DON’T come true. I know that sounds bleak, and I know that four years is a very short amount of time to acquire what initially comes off as a cynical outlook. But as I'm sure you all know, life comes at you fast. I had already suffered from depression for some time, but upon starting college I developed an anxiety disorder that eventually began serving as a great obstacle in the way of achieving my goals. A movie about someone who never accomplishes his dreams despite his perseverance probably doesn’t sound like the most inspiring film to suggest to someone who is only beginning to understand that some dreams die. Upon revisiting Inside Llewyn Davis, I found that, on the contrary, I couldn’t have chosen a better movie to help me come to terms with that.

One of the most notable things about Inside Llewyn Davis is that it seems to start and end in identical ways: Llewyn getting his ass beat in the alley behind the Gaslight, where he sometimes performs. At first, it seems as if the scenes genuinely are the same and that the film was just a flashback Llewyn was having, but there are a few details that prove Llewyn has seriously been assaulted twice in one week. For instance, the song he performs right before the incidents is different and the reason for the assaults are different each time. The fact that Llewyn finds himself in the same place after the grueling attempts at progress towards his dreams is representative of the stasis in his life. He’s absolutely miserable and would do almost anything to catch a break or find an opportunity to accomplish what he wants. I say “almost” anything because the more we get to know Llewyn, the more we realize he’s actually not very likeable and is too stubborn to compromise in order to finally become a “successful” folk artist. This makes it pretty difficult to root for him, but at the same time we still do because as people, we want to know that after a whirlwind of unfortunate events (like having to be in a car with John Goodman constantly patronizing you all the way to Chicago), something good is required to happen. We know better, though, and it doesn't. The point at which Llewyn realizes it’s probably time to move on from his dreams is when he finally gets to Chicago and auditions for Buddy Grossman (F. Murray Abrahams), the man who could potentially help Llewyn establish himself. After the most emotionally driven performance the movie presents to us, Murray still tells Llewyn that he simply doesn’t “see money here.” These words are pivotal. Everyone understands Llewyn is an unlimited talented well of potential. He’s got the talent he needs, but outlying circumstances are what prevent him from making it. 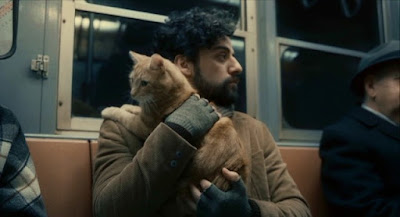 This was the scene that made Inside Llewyn Davis “click” for me. My whole life, I’ve been horrified of not being “good” enough and having that affect the manifestation of my goals. When something doesn’t go the way we intend it to, it’s within human nature to confuse a lack of success for a lack of talent or potential, and that could be extremely disheartening. Inside Llewyn Davis made it clear to me that even if we persevere like Llewyn did, even if we have all the talent in the world, sometimes it’s beyond that and far out of our control whether we make it or not, which is some degree of comfort. While I still do believe in creating your own future, I also believe in knowing when to lay some dreams to rest. Maybe things would have been different for him if he decided to compromise, but even then I don't think Llewyn would have been happy anymore.

It is only after Grossman rejects Llewyn’s audition that he decides to return to the merchant marines in order to make some money, but everything around Llewyn seems to prevent him from doing even that. When he finds that his sister has thrown away the shipping license Llewyn needs to re-enlist, he goes back to performing at the Gaslight. Horrible things keep happening to Llewyn because his strategy is, and has always been, to revert to the past. It’s why choosing to center the movie around folk music was such a brilliant idea, because as Llewyn states “if it’s not new and it never gets old, it’s a folk song.” Llewyn’s life is a lot like a folk song in that he NEVER tries anything new, even after he decides to lay his dreams down, which is also why the movie ends at the very same place it starts. Even the monotonous color scheme and atmosphere that the film adopts is representative of the monotonous reality in which Llewyn is living. When you refuse to open the door to new dreams when the old ones close, you become stagnant the way Llewyn has, making no progress towards being happy doing something you didn’t even know you wanted to do. 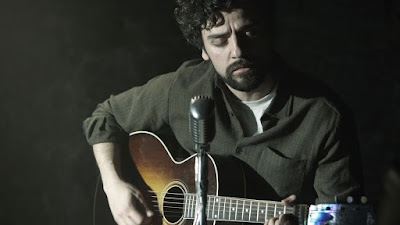 I guess at first glance, yeah, Inside Llewyn Davis may feel slightly discouraging and bleak if what you’re looking for is something more comforting than real. We’re typically presented with movies that tell you your dreams can come true (they can) but rarely do they tell us that it's okay if they don't (it is). I'm so glad this movie came into my life again exactly when it did, and it made me remember why it is people fall so in love with film. Movies speak to us the way friends would, and because of Inside Llewyn Davis, I can now chase my dreams free from fear of failure. After all, the death of one dream is simply the birth of another.