These are pretty much your last streaming picks until #ScaryMovieMonth! 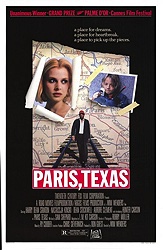 Paris, Texas (1984, dir. Wim Wenders) Confession: I have never seen this movie. Lexy said great things about it after the passing of Sam Shepard, and now that Harry Dean Stanton is also gone I really need to rectify a massive void in the movies I've seen. Most of what I've read suggests that this is HDS's greatest work, which is really saying something. (Watch on FilmStruck) 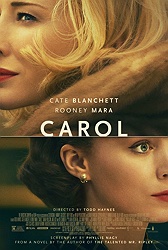 Carol (2015, dir. Todd Haynes) Here's a great movie that got swallowed up in the glut of "prestige" pictures released in the last months of every year. Why is no one still talking about Carol? It's beautifully constructed and queer and about identity and repression, which I guess we just take for granted now coming from Todd Haynes. Oh, and Cate Blanchett is totally incredible in it; in any other year, she would have been the lock for Best Actress but, hey, it's Cate Blanchett and we just take that for granted now, too. Hopefully those of you who missed it when it came out in late 2015 can catch up on it now that it's streaming. It's too good to be forgotten the way it has. (Watch on Netflix) 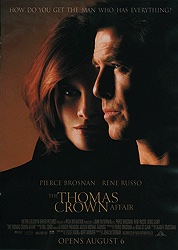 The Thomas Crown Affair (1999, dir. John McTiernan) Goddammit was Summer '99 a good time at the movies. Even should-be forgettable fare like this remake of The Thomas Crown Affair ended up being a ton of fun thanks to some smart dialogue, charming performances, solid direction from the usually-reliable McTiernan, and, best of all, the fact that it's a movie made about adults and meant for adults. It may have been part of the last gasp of when such films were possible, at least as far as mainstream Hollywood/summer movies are concerned. Also, Rene Russo is so great that she manages to overcome her unfortunate '90s haircut. Each time I revisit it, I like it a little bit more. Never be dismissive towards well-crafted entertainment. (Watch on Hulu) 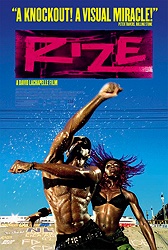 Rize (2005, dir. David LaChappelle) You may have no real knowledge of hip hop music and no interest in the Los Angeles dance style known as "krumping." You would be me when I went into a theater to see Rize back in 2005. None of that matters, because like all great documentaries, Rize gets you to take interest in and care about something you didn't know you could be interested in or care about. Shot with a gorgeous eye by photographer LaChappelle, the film looks at Clowning and Krumping and the dancers who started the movement. The dance footage is breathtaking, the real-life people on screen charismatic and fascinating. It's a really good documentary. (Watch free with ads on Tubi TV) 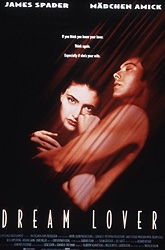 Dream Lover (1993, dir. Nicholas Kazan) Early-'90s erotic thriller stars James Spader as a recently-divorced architect who meets the lovely Mädchen Amick, with whom he falls in love immediately. As is so often the case in early '90s thrillers, things aren't quite what they seem. I think Dream Lover runs off the rails in the last act, getting crazier than the movie can support (and pretty ugly in its views of women, too, but that's a criticism that can be leveled against much of the film and the neo-noir genre to which it belongs), but for its first two thirds it's insanely compelling. It's absolutely worth watching, especially for free. (Watch free with ads on Vudu) 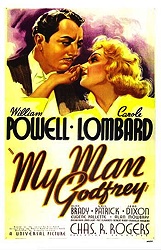 My Man Godfrey (1936, dir. Gregory La Cava) What a goddamn delight this movie is. Seeing a 16mm print of this in a college film class was my first exposure to the greatness of William Powell, still maybe my favorite star of the classic Hollywood period. His chemistry with with the hilarious Carole Lombard off-the-charts great (not Myrna Loy great, but almost nothing is) and the screenplay is witty and literate in a way that I wish more scripts would be these days. The movie also has a lot to say about class, much of which is still true today. Where's Criterion's Blu-ray of this already? (Watch on Amazon Prime Video)
Posted by Patrick Bromley at 12:00 PM