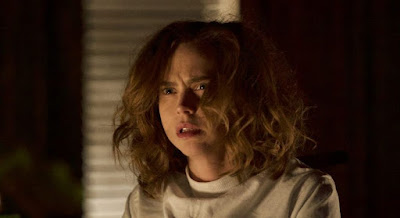 The iconic killer doll Chucky makes a triumphant return In 2017’s Cult of Chucky, but it’s Fiona Dourif who steals the show.

Horror fans have been talking for years about Brad Dourif and his crazy, over-the-top performance as Charles Lee Ray, the dark soul that inhabits the plastic prison of Chucky. The actor has relished the role, and we’ve had just as much fun (well, almost) as he has with his murderous alter ego. When it was announced that his daughter Fiona was going to be joining the cast of 2013’s Curse of Chucky, it was cool that Dourif’s own flesh and blood was going to become a part of the insanity. If only we’d known what we was in store for us. From here on out, consider this SPOILER territory, not just for the new Cult of Chucky, but for 2013’s Curse of Chucky, as well. Fiona Dourif debuted in Cult as Nica, wheel-chair bound character who refuses to be defined by her disability. Other horror movies have taught us that it’s bad to be the person in a wheelchair when there’s a killer on the loose, but Nica ended up facing off against Chucky and actually becoming the “final girl.” It was really fun to see her play against her dad’s character, and the similarities between the two were undeniable. She delivered a performance that was impressive, and it was clear that her addition to the series had given it some new life.

Cut to Cult of Chucky, which finds her now in a mental hospital after the events of the previous movie. Nica is a victim of a different kind here, but is still a survivor. She has to contend with the creepy advances of her doctor, interact with her fellow patients who actually are mentally troubled, and—oh yeah—Chucky’s back again and only she knows how it’s all going to end. Through it all, it feels like Fiona Dourif is channeling the same school of acting by which her dad is famous. Her performance gets bigger and bigger, to the point that it’s UGLY. Brad Dourif is one of those actors who will spit and cry and completely lose himself in his role, going into uncomfortable territory. These are performances that we sometimes refer to as “brave.” By this definition, Fiona Dourif is fearless. 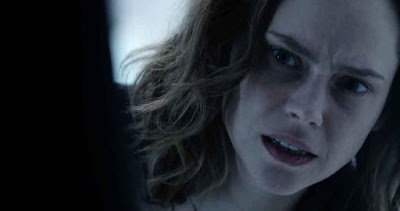 It’s all crazy fun, but the real fireworks come toward the end of the movie. Remember, you’ve been warned about spoilers! The twist this time around is that Brad Dourif’s Chucky has figured out a way to project his consciousness into PEOPLE. He can divide himself among dolls and human beings, and the movie ends with Chucky residing in the formerly-handicapped body of Nica. What this means for us is that we get to see the physical manifestation of Charles Lee Ray, the character brought to life by Brad Dourif, as portrayed by Fiona Dourif. The movie ends with Nica as Chucky.

There are precious-few minutes in this movie of Fiona portraying Chucky, but what’s there is amazing. It feels cheap to say that this is a role that she was born to play, but I guess I just did. It’s a simple fact that no one on this planet is better qualified to portray Chucky (outside of Brad D.) than she is. As someone who literally lived with the actor who brought the character to life, she’s been privy to the ins and outs of what makes the whole thing work. I remember watching a featurette on one of the DVDs—I can’t remember exactly which one—in which Brad Dourif was on the set talking about the movies and Fiona, much younger, was present by his side. It’s almost like she’s been groomed for this. Horror movie royalty, heir to the throne, the Princess of Plastic.

None of this should be read as me saying that she’s great because she’s impersonating her father. While their similarities, both physical and in method, are undeniable, it goes well beyond that. No, she’s great because Fiona Dourif is just a fantastic actress. This character has grown over the course of two movies, going from a quiet invalid to the embodiment of evil, and she seems like she’s having a great time. Furthermore, the character arc has been believable and she’s portrayed it convincingly. It’s one of those situations where someone wasn’t on your radar at all, then you became aware of them and were like “Huh!” Then, before you even saw it coming, they melted your face melted off. I can’t believe more people aren’t talking about this actress and how talented she is. Maybe it’s because she’s doing a lot of her work on television and in genres like horror, which is always under-appreciated (hence the importance of “Great Horror Performances”), and that’s a shame. 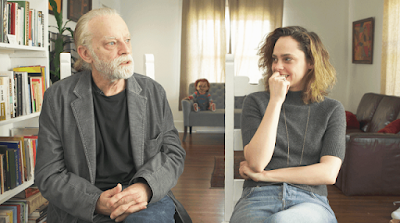 But just know this. Fiona Dourif is gonna be BIG. Everyone might not be talking about her yet, but they will be. This is an actress who is about to blow up in the best possible way. You can’t suppress a wildfire, and talent always comes out. Yeah, I’m excited to see where the Chucky franchise goes, but I’m more excited to see what’s next for Fiona Dourif.