Just in case you don't already have enough to watch this #ScaryMovieMonth! 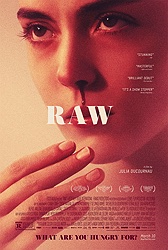 Raw (2017, dir. Julie Decournau) One of the best horror movies of the year is now on Netflix! This tale of a pair of sisters with unique tastes is a beautiful exploration of family, of womanhood, of love, of growing up. There's at least one moment in the film that was, for me, as hard to watch as "the scene" in Gerald's Game. I suspect this a movie that's going to connect with some audiences -- particularly young women, if they're willing to give it a chance -- in a way that's really going to speak to them in such big ways that it will become a lifelong favorite. I'm excited for that to happen. (Watch on Netflix) 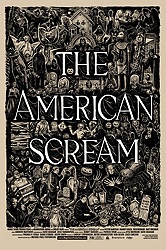 The American Scream (2012, dir. Michael Paul Stephenson) If you're not someone who really digs on horror movies, there's no reason you need to be left totally out of #ScaryMovieMonth. Try this charming documentary (from the director of the great Best Worst Movie) about families who create their own home haunts every October. Like so many of my favorite documentaries, this one eventually becomes a movie that's about much more than we think it's about. This should be part of everyone's October rotation. (Watch on Amazon Prime Video) 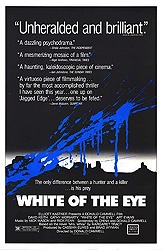 White of the Eye (1988, dir. Donald Cammell) Holy shit is this a crazy movie. Credit to Elric Kane for turning me onto it, describing the murder sequences as the closest an American film has come to giallo. David Keith plays a man married to Cathy Moriarty, only he's carrying a pretty big secret. The horror moments are transcendent, while the rest of the film is a bonkers psychodrama. It's not like anything else you'll watch this month. (Watch free on Shout! Factory.tv) 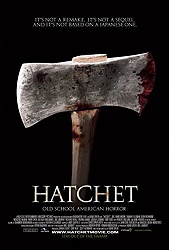 Hatchet (2007, dir. Adam Green) The first feature from Adam Green is now streaming on Hulu! It also happens to be celebrating its 10th anniversary, making it a great time to revisit the movie in preparation for Victor Crowley, the fourth film in the Hatchet series that Green shot in secret and is now touring around the country. I wrote a piece about the movie a few years ago and still think it's a ton of fun, even though I know a lot of horror fans don't dig on the mix of humor and cartoonish gore. I get why people might not like it even while I think it's a better movie than it gets credit for being. I'm really excited for Victor Crowley! Come see it in Chicago! I'm hosting the screening. (Watch on Hulu) 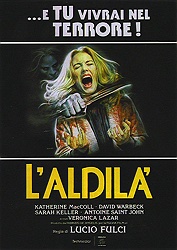 The Beyond (1980, dir. Lucio Fulci) You need to Italian weirdness in your month. While not my favorite Italian horror movie (that honor still belongs to Suspiria, because duh), this is probably still my favorite Fulci. After you watch the movie, you can listen to me and Jackson Stewart talk about it from last year's Scary Movie Month! (Watch on Shudder) 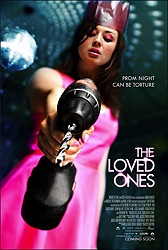 The Loved Ones (2009, dir. Sean Byrne) Sean Byrne's new movie The Devil's Candy recently showed up on Netflix and is getting a lot of attention, likely to end up on a number of year-end favorite lists. If you haven't gone back and watched his first feature The Loved Ones, you really should. It's the story of a very, very bad date/school dance that's willing to go to some incredibly dark places but presents it all with the candy gloss of a teen movie. (Watch on Hulu) 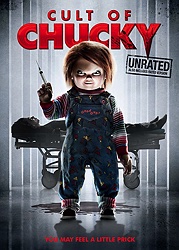 Cult of Chucky (2017, dir. Don Mancini) This one presented a crisis of conscience for me, as I had preordered the disc from Amazon weeks ago. Naturally, it did not show up in time; however, it did premiere on Netflix the VERY SAME DAY that it was released on DVD and Blu-ray, meaning I wouldn't have to wait to see it and probably have it spoiled for myself in the meantime. The crisis came about because Netflix is not streaming the 'unrated' version, which means it does not carry the post-credits scene that makes for one of the film's many fun surprises. I went ahead and watched in on Netflix and then headed over to YouTube to watch the bonus scene, which is really not ideal but I justified it to myself because at least I have the disc on its way to the house. Hopefully. Anyway, I found the movie to be a lot of fun and I'm enjoying the way writer/director Don Mancini seems to be following the Fast & Furious template by bringing together cast members and elements from all of the disparate sequels. Fiona Dourif continues to be amazing, the gore effects are fun, and Mancini lets his love for Brian De Palma really fly, which is always good news for me. While the Child's Play franchise may be uneven overall, it's nice to see it still going strong after seven movies. I'm ready for another one. (Watch on Netflix) 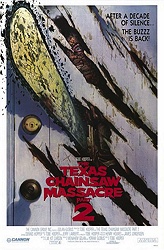 The Texas Chainsaw Massacre Part 2 (1986, dir. Tobe Hooper) It's been about a month and a half and I'm nowhere close to being over the loss of Tobe Hooper. I'm happy that Amazon (and Hulu, I think) has added this sequel and that people seem to finally be coming around on what a demented and special movie it is. Proof that Tobe was just too far ahead of his time. Make sure to watch at least one of his films this October, even if it's not this one. (Watch on Amazon Prime Video)
Posted by Patrick Bromley at 12:00 PM