#ScaryMovieMonth is over, but the streaming recommendations never end. 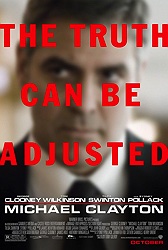 Michael Clayton (2007, dir. Tony Gilroy) In the history books of cinema, 2007 will go down as one of the best years ever. Any year that produces Zodiac and No Country for Old Men AND The Assassination of Jesse James AND There Will Be Blood has nothing else to prove, but it's also the year that Michael Clayton came out. I love Michael Clayton. I LOVE Michael Clayton. Every scene is good and interesting. Every performance is terrific. I'll never be fully sold on the denouement, but even that's not enough to tarnish what is a great, character-and-dialogue-driven, 1970s-style movie for grownups. (Watch on Netflix) 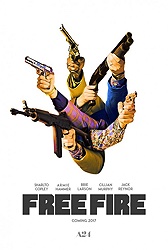 Free Fire (2017, dir. Ben Wheatley) I have yet to love any of Ben Wheatley's movies, but I think everything he makes is worth seeing. Free Fire ends up being mostly an exercise, but it's entertaining enough and the ensemble cast -- which includes Brie Larson, Armie Hammer and Sharlto Copley -- is having a good enough time that the movie makes for a fun diversion. It's not a movie I plan to revisit, but I think it deserves to be seen at least once. (Watch on Amazon Prime Video) 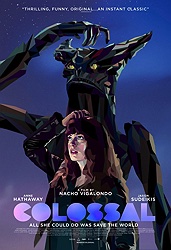 Colossal (2017, dir. Nacho Vigalondo) There are only two months left in 2017 and Nacho Vigalondo's Colossal still holds a spot near the top of my list of favorites for the year. The idea is ingenious, the execution somehow even more original than the premise would suggest. Anne Hathaway is amazing, and while I recognize there are some people that won't be on board for exactly where the movie goes, I might make a case that what it has to say is more relevant now than seven months ago when it was released. (Watch on Hulu) 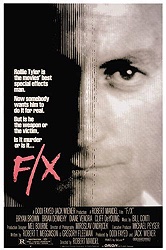 F/X (1986, dir. Robert Mandel) I was so obsessed with F/X when I was a kid (I have no idea why I was allowed to see F/X as a nine-year old, nor why I wanted to). I loved it. I wanted to wear a black sweatshirt every day and be Bryan Brown. Not Rollie Tyler, mind you, but Bryan Brown. Specifically F/X Bryan Brown. Not Cocktail Bryan Brown. Maybe Tai Pan Bryan Brown. The point is that I loved F/X and still do. I love a thriller set against the backdrop of Hollywood special effects. This is the movie that taught me what a pacemaker was and that the guy from the Smucker's preserves commercials was capable of evil. I also remember feeling let down by its sequel, F/X 2: The Deadly Art of Illusion, when I convinced my friend's dad to take us to see it theatrically in 1990. I might be out of stories about F/X now. (Watch free with ads on Vudu)
Posted by Patrick Bromley at 5:00 AM