Because there’s no sense in reading books if they’re not about movies. 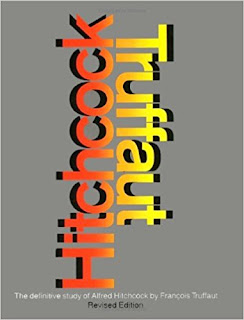 I started listening to the DGA’s podcast The Director’s Cut recently (hear Spike Jonze interview Rian Johnson about The Last Jedi on this week’s entry), and it reminded me how rarely we actually get to hear filmmakers talk about the nuts and bolts of their craft with someone else who understands (or might even have another point of view). Truffaut’s seminal series of interviews with Hitch is essentially the holy grail of this genre, and yet I’ve somehow never pulled the trigger. I hope to rectify that this year.

2. Rebel Without a Crew by Robert Rodriguez

Here’s a thing: I’ve never appreciated Robert Rodriguez as much as I probably should. I like his movies well enough, but I can’t seem to latch onto him as a personality. That said, his famous diary chronicling the rough-and-tumble making of El Mariachi sounds up my alley. Patrick always says that every movie is a miracle, and hearing how hard first-timers like Sam Raimi and Kevin Smith (or even Tommy Wiseau) had to work to get something in the can on the tiniest of budgets serves as nice reminder that not all filmmaking is done by a corporate machine (though, with the Disney/Fox merger upcoming, that may stop being true). Sometimes, something special sneaks though.

This is a weird one for me. I own it, I’ve started it three or four times, and I’ve even used a few chapters as readings in my film class. And yet somehow I’ve never read Clover’s highly-influential analysis of gender in horror films (in which she coins the phrase “Final Girl”) in its entirety. It’s been sitting next to my bed for a year, but think I keep getting intimidated by the size of the text? Who knows. What I can’t seem to understand is that, for a genre consistently relegated to second-class status by the cinematic intelligentsia, some of the best books about film seem to be about horror. Funny how that works.

4. The Star Machine by Jeanine Basinger 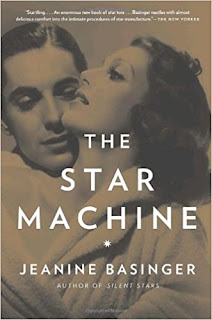 I’m tragically late getting into Karina Longworth’s excellent podcast You Must Remember This (the podcast about the secret…and/or…forgotten histories…of Hollywood’s first century), but I’m addicted to it now. My favorite stories are those about Golden Age Hollywood in the 1950s, a period in which movie stars were contractually bound to one studio at a time, playing only the roles assigned to them and having very little autonomy over their careers. Studio fixers like Eddie Mannix (fictionalized in the Coen’s underrated Hail, Caesar! by Josh Brolin) made problems go away, and scripts were churned out by the dozen by nameless writers. Basinger’s book has been recommended to me as a solid chronicle of this period, so I’m looking forward to checking it out.

5. The Warrior’s Camera by Stephen Prince 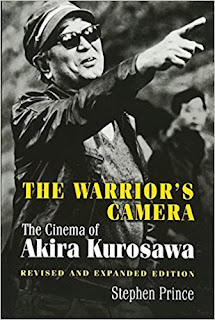 I’ve referenced this one a few times in other columns, but I’ve never been able to get my hands on a copy for a reasonable price. Akira Kurosawa was one of my first entry points into world cinema, so a comprehensive analysis of his work is something I’d really love to dive into. He always came off in interviews as a consummate professional, someone who (like Hitchcock) seemed to be shaping his worldview through his work. We owe so many of our modern Western myths to Kurosawa — everything from the space fantasy of Star Wars to the cowboys of The Magnificent Seven. He was one of our great cultural caretakers. We should all know his story.

6. The Monster Squad by Heather Wixson

Because when a Top Critic writes a book, you read it.

What are you looking forward to reading in 2018?
Posted by Patrick Bromley at 12:00 PM