The Daring of THE DARK CRYSTAL 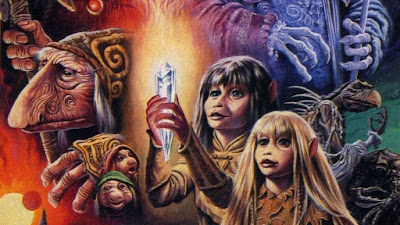 I had much more difficulty writing this article than I had initially anticipated. I thought that I would be able to sit down and all of my thoughts on The Dark Crystal would come out with ease. Unfortunately, that did not end up being the case – I spent days procrastinating as I couldn’t think of how to put this into words. Here’s to hoping that I finally managed it!

I didn’t grow up with The Dark Crystal the way that I did other Henson properties. Labyrinth, Fraggle Rock, and The Muppets were a vital part of my childhood, but somehow, I didn’t see The Dark Crystal until I was around 16. It’s not a movie that I revisit as often as I do the others, as I have to be in a particular mood to fully appreciate it. That is not to say that I dislike The Dark Crystal by any stretch of the imagination. It is a film that I find fascinating on an artistic and technological level. 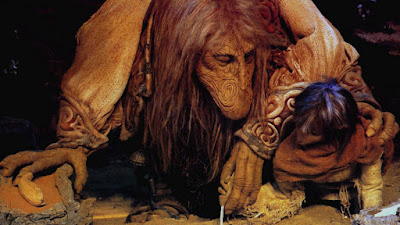 The Dark Crystal was co-directed by Jim Henson and Frank Oz and released in 1982. It takes place on the planet of Thra – a dying planet with three suns. The world building aspect of The Dark Crystal is exceptionally well done. Thra is a lived-in world with a history and life beyond what is shown on the screen. For a world inhabited by no human characters, as well as no animals from our world – that is an impressive feat. Thra is home to many different species, but the primary focus is on the Skeksis, Mystics (urRu), and Gelflings. The Skeksis are the antagonists of the film – they represent evil, particularly the Seven Deadly Sins (although there are more than seven of them). Skeksis look like giant, rotting vultures wearing layers of terrible clothes. Mystics (large 4-armed armadillos that are also Hippies) are the “good” species on Thra and are connected in a way to the Skeksis. I won’t say more, as it would be spoilers for anyone who has not yet watched The Dark Crystal. The Gelflings are an almost extinct elf-like race. There are other creatures, but these are the ones that have the most bearing on the plot. 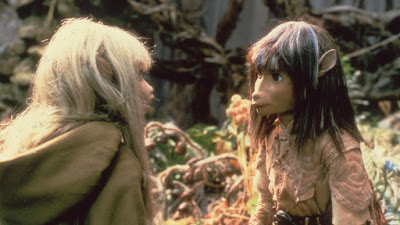 The main characters Jen and Kira are Gelflings. Jen is the Chosen One who can save Thra from destruction by the Skeksis. How exactly he is supposed to do that, he isn't exactly sure. The Mystics raised him, but they did little to prepare him for his quest. Just a bit of "Oh, I'm about to die, now seems like the time to tell you to find a hidden crystal shard. If you don't, everything will be terrible.” I find Jen to be the least interesting character in The Dark Crystal, as he is much more reactive instead of proactive. He bounces from place to place as the story requires and much of what he accomplishes is because of others. Kira is introduced about halfway through the film, and much of her character is exposition for Jen (and the audience) about the history of Gelflings. I find her more interesting than Jen as she does more to move the quest along and makes her own choices.

I like to pick an MVP whenever I write an article, but I am going a little different for The Dark Crystal and am not picking a character. If I did, it would be Aughra – the oracle that Jen seeks for help and who has no time for anybody’s shit. No, my MVP is the creature design, puppetry, and animatronics created for the film. My most recent watch was filled with me often pausing to get a better look at the scenery and the puppets. The amount of time and dedication used in creating this world is incredible. I would recommend that after watching, readers watch any special features related to the making of The Dark Crystal. 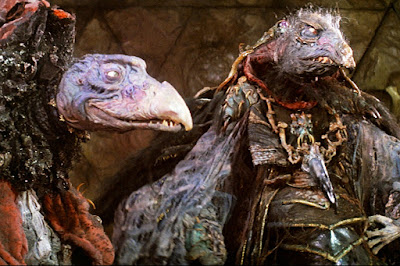 I hope that readers that have never seen or haven't seen in a long time give the movie a shot. You will not be disappointed, as The Dark Crystal is unlike anything else out there.

As always, I will leave you with Robyn’s Ramblings!

• They did such a good job creating a new world with this movie.

• Is it wrong that I find Gelflings the least interesting of the species?

• The puppetry/animatronics are freaking amazing.

• How did Jen decide on that haircut? It's like layers, but terrible. 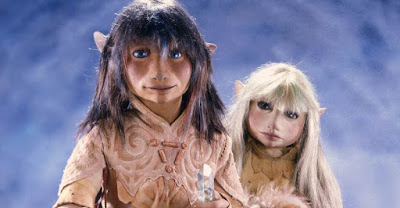 • The Mystics are a little hippy-dippy, huh?

• Skeksis fighting is odd. It's just whacking at a large rock.

• The ripping of the clothes off Chamberlain is upsetting.

• Aughra ain't got time for this shit.

• Jen's escape method from danger is to fall out of a window.

• This jungle is a botanists dream.

• The Mystics really should have prepared Jen better for this quest. 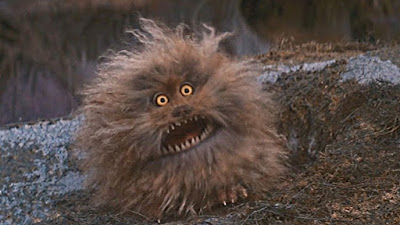 • Eating lunch during the scene that the Skeksis are having a meal is a poor choice.

• Aughra is the best.

• The Podlings know how to party.

• Jen needs to focus. Kira asks questions about next steps, and he's like "Hell if I know! Let's dance!"

• The Skeksis scientist's lair is basically the Pit of Despair.

• Jen! Now is the time to save the world, not to look for your girlfriend.