When Infinity War is sold out, you've got these to stream. 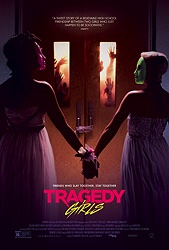 Tragedy Girls (2017, dir. Tyler MacIntyre) This was on Hulu for about a week a while back (I know because that's how I watched it), but then it was abruptly pulled down. It's back up now. It's a horror comedy about two high school girls (Brianna Hildebrand and Alexandra Shipp) who commit a series of murders in order to score attention. There's an attempt to say something about social media culture, but most of what the movie offers about the teenage experience was already covered in Heathers. It's energetic and fun, though, with two really good lead performances and some gnarly gore effects. It wouldn't have made my top 10 for last year (as it did for so many others), but it's a solid low-risk watch. (Watch on Hulu) 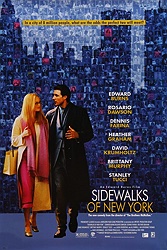 Sidewalks of New York (2001, dir. Edward Burns) I can't believe this movie is 17 years old, but it really does feel like a relic of another time: a time when a movie written and directed by Edward Burns would get theatrical distribution, when movies about men and women standing around and talking about relationships were the norm for indie cinema, a movie about New York City released just months before 9/11. As someone who came of age during the "walking and talking" cinema of the '90s and has always appreciated Burns' commitment to making movies, I'd still call this one his best. His cast -- including Brittany Murphy, Stanley Tucci, David Krumholtz, and Heather Graham -- are all pretty winning and it feels like most polished version of what his career had been up to that point, by which I mean "imitating Woody Allen." (Watch on Amazon Prime Video) 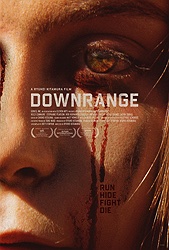 Downrange (2017, dir. Ryûhei Kitamura) I saw this last fall as part of the Cinepocalypse genre festival here in Chicago and found it to be an effectively brutal thriller, if a good deal more nihilistic than I care to feel most days. The premise is simple: a group of friends get stranded on the side of a remote highway when their car breaks down, at which point a sniper begins firing at them. It can be a tough watch, especially give the current climate in the country, but Kitamura (best known for directing Versus and The Midnight Meat Train) directs it for maximum tension and effect. Definitely a one-and-done for me, but it's a well-made movie that does what it sets out to do. It's now available as a Shudder exclusive. (Watch on Shudder) 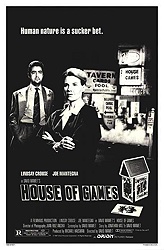 House of Games (1987, dir. David Mamet) The first feature film from playwright David Mamet is still probably his best, though I'm partial to con artist movies and movies in which Joe Mantegna fucking destroys. This is both. This is a world that Mamet knows, and when he doesn't, he was smart enough to find people (like Ricky Jay) who did. You don't even need a subscription to watch this bit of greatness. (Watch free on TubiTV)
Posted by Patrick Bromley at 12:00 PM