Opening the Mystery Box: Rian Johnson and THE FORCE AWAKENS 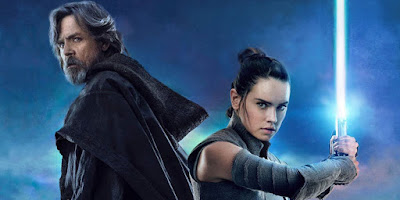 How The Last Jedi corrects its predecessor’s worst impulses.

Say what you will about J.J. Abrams’ Star Wars: The Force Awakens (by now, everyone has), but it was an audacious production with an impossible task. To quote from the director’s other space adventure reboot, getting that movie right was “like trying to hit a bullet with a smaller bullet whilst wearing a blindfold and riding a horse.” Star Wars fans waited sixteen years for George Lucas’ return to that galaxy far, far away, and after the subsequent gas leak was cleaned up and Lucasfilm was sold to Disney, the stakes for a win couldn’t have possibly been higher. And for the most part, The Force Awakens was a colossal success: framed by a textured examination of myth and legacy, the film embraces the franchise’s familiar elements while introducing new characters, themes, and locales. But it wasn’t all gravy. The Force Awakens also fell victim to Abrams’ patented Mystery Box, a method of storytelling that (in its most reductive form) embraces intrigue and opportunity over detail and exposition. Episode VII is full of questions: Who are Rey’s parents? Where is Luke Skywalker? Why in the holy hell does C-3P0 have a red arm? “It’s about infinite possibilities,” the director said in his 2007 TED talk on the subject. Asking a question, however, is not the same as telling a story. 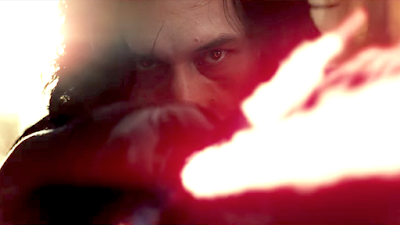 Enter Rian Johnson and The Last Jedi. Picking up immediately after The Force Awakens ends (a first for the series*), Episode VIII sets each of those spinning plates back on the proverbial table while deconstructing our cultural need to spin them in the first place. For two years, the internet speculated wildly about Rey’s lineage: Is she a Skywalker? A Kenobi? An Ackbar? Not only did she turn out to be none of these (her parents were “filthy junk traders who sold [her] off for drinking money”), but this seemingly-anticlimactic revelation underscored one of the film’s most important themes: legends are dangerous. Bloodlines and legacies feed egos, but they don’t indicate supremacy or guarantee results. The Force, Luke tells Rey, belongs not to the Jedi or the Sith, but to everyone. He learned the hard way that being Anakin Skywalker’s son doesn’t make him better than anyone else, and Johnson is telling his audience that backstories are not replacements for character motivations. Worse, wouldn’t “Rey Solo” or “Rey Palpatine” make the already-tiny Star Wars universe even smaller? Instead, Johnson clears the table (not the one with the plates; a different one) by closing The Last Jedi on Canto Bight’s Broom Boy, a complete rando and literal personification of the film’s egalitarian message.

And then there’s Snoke, the Mystery Box that wasn’t. By unceremoniously killing the would-be Emperor before The Last Jedi’s final act, Johnson provoked the ire of thousands of fans who’d combed The Force Awakens for clues as to his origins and larger purpose. But Snoke’s origin was never once introduced as a mystery. It was very clear who he was, what he did, and why we should care. He was Mystery Box debris, a plot device whose importance was falsely amplified by modern audiences’ unfortunate tendency toward detective work. It’s crucial to note at this point that The Empire Strikes Back’s paternal twist worked because it caught a seemingly-prepared audience off guard. We knew who Darth Vader was — a rogue Jedi who killed Anakin Skywalker and Obi-Wan Kenobi — going into his confrontation with Luke, and we understood why Luke wanted revenge. When we learned that Vader and Anakin were in fact one in the same, it was an added wrinkle to the younger Skywalker’s journey, but it wasn’t an answer to anything. Kylo Ren’s decision to murder Snoke is almost the opposite idea. It’s not the reckless hand-wave many of The Last Jedi’s critics have described it as. It’s not a cheat or a cop-out. Snoke turned out to just be a bad guy in Ren’s way, and killing him off was just the younger Solo playing things straight. Again, Johnson is showing us why our obsession with mystery is ruining our movie-watching lives. 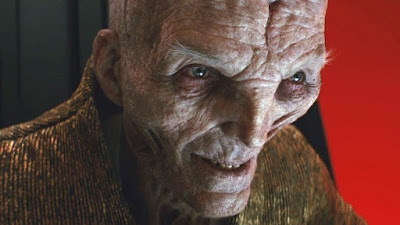 Some of the best examples, though, are smaller in stature. They’re little character beats and course corrections that tastefully dispense with some of The Force Awakens’ more awkward or distracting elements. The destruction of Kylo Ren’s helmet, for one: “We’re trying to get deeper into his head,” Johnson says in his commentary track. “We gotta figure out a way to get that mask out of the way.” Johnson could have easily embraced the frightening imagery that made the Darth Vader-wannabe so iconic, but he wanted a more emotive physical presence to match the character’s conflicted psychological state. There are tiny alterations like this all over the place. There are no red arms or low power modes in The Last Jedi. General Hux is reshaped into the floundering, preposterous doofus he was always meant to be. But the best adjustment of all is the return of the Rebel Alliance: While the First Order is a distinct evolution of the Empire (an angry, impotent fraternity run by entitled 25-year-old man-children trying to get back at their dads), the “Resistance” rebranding was pointless. Johnson’s screenplay gradually phases the term out, layering in the Rebellion logo (Poe’s jacket, Rose’s ring) and — by the end of the film — reviving the proper nomenclature (“Godspeed, Rebels,” “Rebel scum,” etc.). It’s a subtle but essential correction. 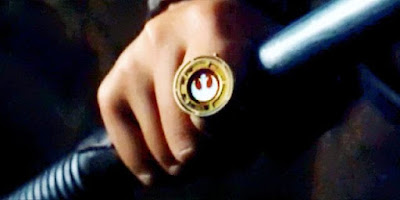 Again, none of this is meant to diminish the incredible work done by J.J. Abrams and his Force Awakens crew. For all the “improvements” highlighted here, there are just as many examples of Episode VII setting precedents and doing the heavy lifting, erecting a strong set of shoulders for The Last Jedi to stand on. “When I started writing [Episode VIII],” Johnson said, “I took each of the major characters and asked, ‘What do I know about these people? What do they want? What would be the hardest thing for them to face?’” That instinct to push boundaries produced the best and most challenging Star Wars film in thirty years, and it wouldn’t have been possible without a solid foundation. But given that J.J. Abrams is slated to return to helm Episode IX (which inherits a new status quo after the end of The Last Jedi and the untimely death of Carrie Fisher), there’s significant pressure on the writer/director to not succumb to bad habits. There are no dangling threads to pull, no excuses for fan service moments with old characters.** This is not the time for soft landings. This is not the time for Return of the Jedi. Abrams and his team need to follow Johnson’s lead by taking chances, thinking critically, and — most importantly — giving the audience a look inside the famous Mystery Box.

*Rogue One did this in reverse, but you get what I mean.

**Though one imagines Billy Dee Williams will be getting a phone call.