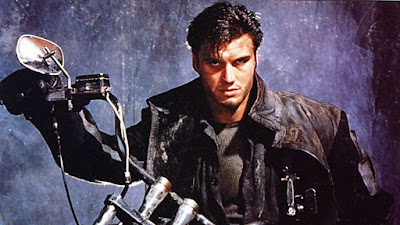 Not all Punishers are created equal.

There are only a handful of superheroes who have had multiple incarnations and multiple attempts to be brought to life on the big or small screen: your Batmans, your Supermans, your Spider-Mans. These are the biggest, most recognizable superheroes ever created, easily identified even by someone who has never looked at a comic book. Somehow this relatively short list also contains The Punisher, the vigilante character created by Gerry Conway, Ross Andru and John Romita Sr. for Marvel Comics in 1974. To date, The Punisher has starred in three separate feature films, each time played by a different actor and each time an attempt to hopefully create a new franchise. The most current incarnation of the character is starring on his own Netflix TV series (after being introduced in Season Two of Netflix's Daredevil) and played by the great Jon Bernthal, an actor who may have been born to play The Punisher. Frank Castle just will not die.

I get it. He's one of Marvel's "cool" characters -- a psychopathic anti-hero who devotes his life to killing bad guys to avenge the murder of his wife and child. When I was 11, I thought The Punisher was awesome. I have since grown out of this mentality, because I am an adult now. I also get why he was among the earliest characters that Marvel would try to turn into a movie: in the days when "superhero" was more of a dirty word, The Punisher could be easily adapted into a straightforward action movie and no one would ever have to know he came from a comic book. That at least explains the 1989 version, and somewhat explains the 2004 version with Thomas Jane (yes, we had superhero movies by this point, but studios were still hedging their bets by putting the X-Men in black leather). By the time Lexi Alexander directed Punisher: War Zone in 2009, audiences were accepting enough of comic book language that she was able to lean all the way into it and create the best and most comic booky adaptation of The Punisher to date. I hear the Netflix series is good, too. I may discover that for myself some day if I can make it past the second episode. 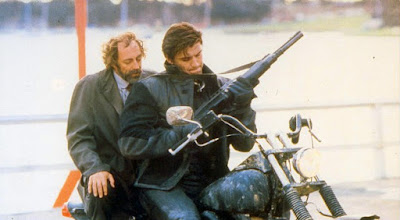 But 1989 was a different time. The idea of a comic book being turned into a movie was more a beautiful dream than the commonplace reality of 2018, and even when it did happen, it rarely turned out right. This was before Tim Burton's Batman was even a thing, so Roger Corman's New World Pictures and editor-turned-director Mark Goldblatt were working without much of a template when they tried to bring The Punisher to the big screen for the very first time. Even Dolph Lundgren, who was cast as the title character and with whom we now immediately associate with action films, had really only made Red Scorpion at this point, as far as pure action movies were concerned. He was still somewhat untested as an action star. So what we have is a director who had only made one other movie (the great Dead Heat, also for New World) and a star who wasn't yet known as an action hero trying to make a movie out of a comic book no one but us nerds had ever heard of. Combine all of this with a studio in the process of collapsing and it's no wonder this version of The Punisher completely fell through the cracks, getting dumped to video two years later in 1991 and satisfying almost no one -- particularly comic book fans rabid to see their favorite characters brought to life and respected. Instead, what they got was a typical action movie that happened to be called The Punisher.

Lundgren is Frank Castle, who, as the movie begins, is already an urban legend within the media, the police force, and the criminal underworld, all of whom have heard tell of the vigilante but who remain skeptical of his existence. Living in the sewer with an alcoholic former actor as his only outside contact, Frank is wiping out gangsters in such high numbers that former mob boss Gianni Franco (Jeroen Krabbé) comes out of retirement to unite the rest of the city's crime families. This gets the attention of the yakuza, who want to run everything and kidnap the children of all the mobsters to be held as ransom. While Jake Berkowitz (Louis Gossett Jr.), the only cop in the city who believes Frank Castle is still alive, attempts to bring down The Punisher, Castle himself must take on both the mob and the yakuza in all-out war on crime. 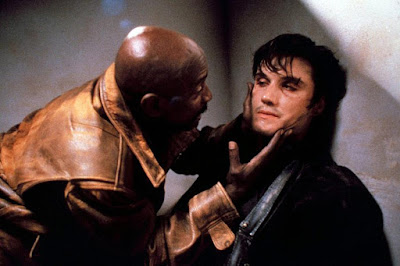 I can still remember the two-year wait as a kid from the time I heard there was a Punisher movie and when I was finally able to rent it at my local video store. I can also remember my disappointment that almost nothing in the movie resembled the comic book character I loved except that his name was Frank Castle and he killed bad guys. Adding insult to injury was the fact that it was part of a wave of similarly disappointing comic book movies, from Albert Pyun's Captain America to Roger Corman's unreleased (but easily seen) Fantastic Four. It seemed back then that unless it was Batman, no superhero was ever going to be treated with the respect and care that myself and every other comics nerd knew they deserved. That Avengers: Infinity War, featuring nearly every hero in the Marvel Cinematic Universe and the 18th Marvel movie in 10 years, is breaking multiple box office records as I'm typing this certainly proves 11-year old me right.

But here's the thing about The Punisher '89: it might be a disappointing Punisher movie, but it's a really fun action movie if divorced from the source material (for the record, nearly the same thing could be said about the 2004 adaptation, though I like the Lundgren one better). It's dumb and trashy in the way that so many of the excessive '80s action movies I love tend to be, and would have absolutely just at home at my beloved Cannon Pictures as it is at New World -- and, I suspect, would have suffered a similar fate. Director Goldblatt knows his way around this material, and his background in editing ensures that the film clips right along and is made up entirely of "good parts." It's interesting to watch him attempt to make a live action comic book at times, especially in the way he'll cut to a close-up of a weapon flying through the air right before it spears someone through the hand or face. He's clearly trying to shoot and edit in comic book panels, and while it's not entirely successful throughout the film, it's cool that he's trying. Interesting that some of these original comic book movies (whether it's this or Dick Tracy or Darkman [which I know technically isn't even though it totally is]) really try to reproduce the visual patterns of reading comics and the new ones could give a shit about that. 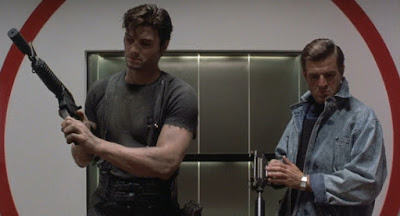 It's a goddamn tragedy that Goldblatt didn't direct more movies. He started out as an editor for Corman in the early '80s, but then gradually became the go-to guy for action movies and edited pretty much every huge action movie in the late '80s and all of the '90s, including Terminator 2, Armageddon, Starship Troopers, and Bad Boys II. That he only got the chance to direct two movies, and that they were both low-budget genre films for New World, breaks my heart -- not because I think he should have been making the kinds of big, slick, Hollywood action films he edited, but because he was so good at making low-budget genre films for New World. In both Dead Heat and The Punisher, Goldblatt wholly embraces what is special about movies like this, whether it's the larger than life characters or the wisecracking sense of humor or, above all, the insane amount of mayhem and carnage on display. His career has demonstrated that he doesn't just speak the language of action films, but clearly loves it, too. The Punisher speaks and loves the language of action films, too. It originally received an X rating for violence and had to be trimmed (by only 10 seconds) to receive an R; that long-fabled (and bootlegged) "uncut" version is now readily available on the Blu-ray from Umbrella Entertainment, along with a fairly different "workprint" cut that adds in more scenes of Frank Castle in non-Punisher mode and builds up his history with Louis Gossett Jr., too. It's an interesting curiosity and a "better" movie in some ways (better developed characters, stronger relationships, more effective drama), but the theatrical cut functions better as a balls-out action movie. 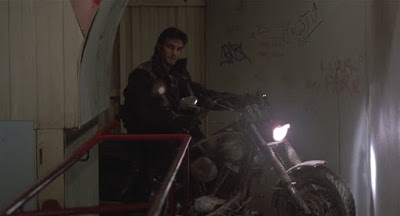 And that's exactly what The Punisher is. The years have been unkind to it as a failure of adaptation, rather than recognizing it for a trashy, excessive, wildly violent and wholly satisfying entry in '80s action cinema. Its place in movie history is still as part of the many stalled attempts to make a good Punisher movie, or as part of a wave of comic book movies that disappointed comic book fans. As an action movie junkie, I hope to play some small part in reframing the way we look at this version of The Punisher. Yes, he lives in a sewer and that's ridiculous. Yes, he makes machine gun face every time he unloads dozens of rounds into a wall of bad guys. Yes, Louis Gossett Jr. says the line "What brings you out here at 2 a.m. in the morning?" But this is a type of action movie that no longer gets made, not only because it's excessive in nature but because it was possible to realize that excess on screen. Shit gets blown up. Bodies are squibbed and stabbed and eviscerated. It represents the tail end of a certain kind of action movie, as the genre would transform itself in the early 1990s and was almost unrecognizable by the end of the decade. This version of The Punisher is part Death Wish, part Commando, and that seems like right where an '80s Punisher ought to be...skull shirt or not. In this case, not.