Some more streaming picks to help get you across the #Junesploitation finish line. 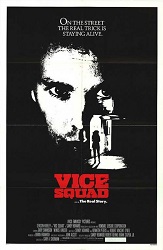 June 23: Cops! - Vice Squad (1982, dir. Gary Sherman) Another Pure Cinema favorite, this is pure sleazy trash in the best possible way. Gary Sherman is a super underrated director, Wings Hauser is legendary as killer pimp Ramrod, and you get to see MTV VJ Nina Blackwood in a rare acting role. The first time I saw this was at a midnight show at Chicago's Music Box theater more than 10 years ago and I haven't gotten the theme song "Neon Slime" out of my head since. That's Wings Hauser singing it! You're crazy not to watch this. It's out of print on DVD and not available on Blu-ray, so streaming is your best bet. (Watch free on Tubi TV) 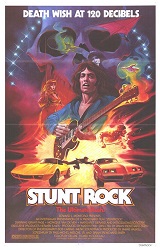 June 24: Heavy Metal! - Stunt Rock (1980, dir. Brian Trenchard Smith) Heath and I just talked about this on the latest podcast, making today the perfect day to catch up on this mix of stunts and rock. It's exactly what the title suggests. Grant Page does some stunts and the band Sorcery plays. As long as you know what you're in for, it's really fun. (Watch on Amazon Prime Video) If that doesn't appeal to you, check out Rock and Rule (1983, dir. Clive A. Smith), an animated film about a band trying to rescue their singer from a rock star trying to summon a demon. It's a pretty rare find these days, so it's cool that you can stream it for free on TubiTV. June 25: Roger Corman! - Big Bad Mama II (1987, dir. Jim Wynorski) There are a number of really fun Corman productions on Amazon Prime, many of which are better than Big Bad Mama II. I'm recommending it in the spirit of the month, and while it's nowhere near as good as the original Big Bad Mama, it's one of Jim Wynorski's most watchable movies and gives Angie Dickinson more room to have a lot of fun. Plus, it has appearances from Kelli Maroney, Charles Cyphers, and Bruce Glover, and has a major role for Julie McCullough, the girl Kirk Cameron had fired from Growing Pains. She was an early crush for me. (Watch on Amazon Prime) 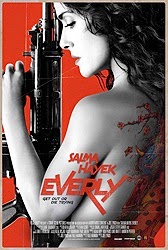 June 26: Lethal Ladies! - Everly (2014, dir. Joe Lynch) I've been a vocal fan of this one since it was released four years ago. The premise is simple: Salma Hayek is trapped in an apartment and has to kill a bunch of people to stay alive and save her daughter. Watching Joe Lynch direct Salma Hayek killing terrible people is why movies were invented. (Watch on Netflix) 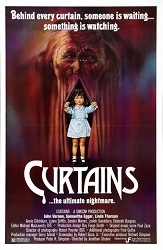 June 27: Canuxploitation! - Curtains (1983, dir. Richard Ciupka) I know that the Canadian slasher Curtains is a mess and that it was basically two different movies smashed together into one, shot once by the director and then half re-shot by the producer over the course of three years. I can't explain the effect it has on me or why I love it, but I do. Basically it's about a group of actresses all staying in a house to audition for a sleazy director (John Vernon), who are then picked off by a mysterious killer. There are a couple of standout sequences (the most famous of which involves ice skating), but it's more the strangely hypnotic cumulative effect that Curtains has that makes it one of my favorite Canadian horror films. Your mileage may vary. (Watch on Amazon Prime Video) 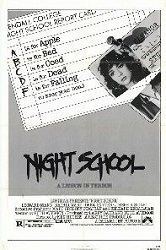 June 28: Free Space: Night School (1981, dir. Ken Hughes) This is one of my favorite new-to-me discoveries of the year, a giallo-influenced slasher set at an East coast college and starring the great Rachel Ward. It's had a long reputation for being just another generic '80s slasher, but when I caught up with it on the recent Warner Archive Blu-ray, I found it to be atmospheric and unique (I'm a sucker for stuff set in New England) and really fun. Between this and Curtains, maybe I'm completely out of touch. (Watch on Shudder)
Posted by Patrick Bromley at 5:00 AM