The Cinematic Shrug of ATLAS SHRUGGED 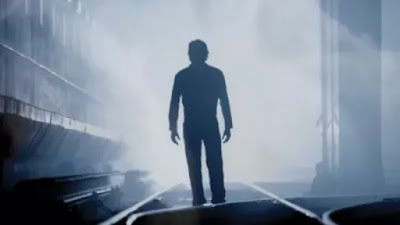 After watching these three movies, I can confidently say this may be one of the most fascinating series trilogies I’ve ever seen.

I have never seen anything like the Atlas Shrugged trilogy. At its core, it's an intriguing look as to what Ayn Rand’s influence has been able to create decades after her death. But let’s get it out of the way: these movies aren’t good. I will go as far as to say that the third installment, Atlas Shrugged: Who is John Galt, may be one of the worst movies I’ve ever seen. If you’re about to scroll through to the comments sectional and tell me what an asshole I am, I would first like you to take a pause and pull a page out of Ayn Rand’s book to look at things...objectively (see what I did there!). Yes, it’s a political movie and I have to talk about the politics of it, but I think the problem the series has is its overreliance on its politics to sell bad movies. 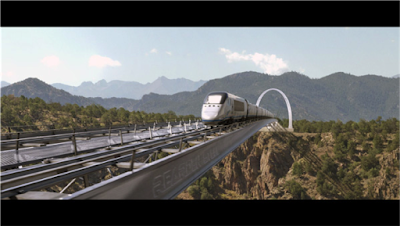 When Roger Ebert wrote about Atlas Shrugged: Part 1, he mentioned how it was the “most anticlimactic non-event since Geraldo Rivera broke into Al Capone’s Vault” and I could really stop writing there because he nailed it. Now, I’ve never read the books, and at 1,200 pages, I most certainly never will, but I have read reviews of them and this is a common criticism. I am not joking when I say the climax of Part 1 is two characters driving over a bridge. Yes, maybe as a literary piece this works because you’d only be a third of the way through the book at that point, but as a movie? My lord is it boring.

Atlas Shrugged: Part 1 is directed by Paul Johansson (of One Tree Hill fame) as his first theatrical movie. While Johansson is in charge, I don’t think all of the shortcomings of this movie are his fault, because while the first installment is not good, I do like some things about it. Out of the three movies, Part 1 is the only one that has a “style” to it. The original book was written in 1957 but based in 2016 and has a very interesting aesthetic to it, where it’s trying to create a mood and use decor that Rand would have seen in 1957. That doesn’t mean Johansson is without fault, though, because I think he’s so caught up being true to the source material that he makes sloppy decisions. At one point, two of the main characters go to Wisconsin and are driving through a desert. It’s not that hard to change “Wisconsin” to “Arizona” unless you’re worried about offending the Atlas Shrugged fans of the world.

Most jarring about the series, though, is that each one of the movies has a completely different cast. There is almost not a single actor or actress that is in one movie that is in one of the others. It forces each movie to go out of it’s way to reintroduce characters (which by the third is comical, but we aren’t there yet). Out of the three, though, the first by far has the best cast and the best version of most of the characters. In preproduction, several women had been attached to the role of the main protagonist, Dagny Taggert, including Julia Roberts and Angelina Jolie, but kudos to Johansson for finding Taylor Schilling before she was a star. She’s far and away the best to play the role out of the three movies. 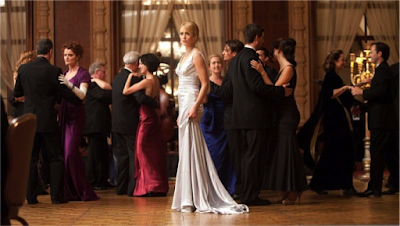 Atlas Shrugged: Part 1 was released in 2011, and it bombed. While the movie reportedly cost $20 million, that wasn’t its budget. It had been in pre-production for nearly 18 years, so the actual shooting budget was relatively small. Producers had planned on funding the second movie with the profits from the first movie, so it appeared a sequel was dead. But this is Ayn Rand we’re talking about, and a lot of wealthy people like what she has to say, so they managed to raise another $16 million. Oddly the second movie has a larger budget than the first because the preproduction was significantly shorter.

Out of everything to do with the series, by far the most fascinating is the juxtaposition between the first and second movies. I don’t think two movies in the history of cinema that belong to the same series have ever been more different. Besides the cast completely changing, there is a shift in the mood, style, and scope of the entire trilogy. While I was a fan of the style of the first movie, it never made any sense. The first movie opens saying it’s 2016, yet most characters don’t use cell phones, the technology is very dated and feels like it takes place in the past rather than in the future. The producers obviously recognized that and instantly modernize the sequel. Atlas Shrugged: Part 2 is brighter, uses modern images and technologies, and feels like a movie that takes place in the “near future” as it says at the beginning. The cast is different, but in my opinion, weaker. Samantha Mathis is my least favorite of the Dagny Taggerts and feels very different in the role opposed to Taylor Schilling. Far and away the biggest change from the first movie to the second is that it doesn’t just double down on the politics, it downright shoves it in your face. 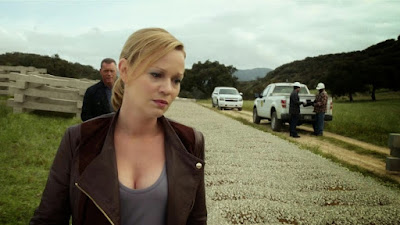 Atlas Shrugged Part 2 began shooting in April of 2012; if you recall, that was only four months removed from the Occupy Wall Street movement. Part 2 is a movie written, shot, and sold to the Fox News audience. Now, before you jump down my throat and call me a “snowflake,” the movie actually has Fox News in it. Hannity is in the movie. Most of the time when they go to a news segment, it’s showing Fox News. It is marketed toward conservatives. Part 1 is sneaky in its politics -- it’s not in your face with it and very subtly inserts Rand’s philosophies, trying to appeal to a large audience. Part 2 does not give a shit about a mass appeal. It’s not trying to convert anyone to its side, but rather playing to the base that would pay to see the movie to begin with. Characters are given more moments to pontificate on their soap boxes and let you know their beliefs. They change the term “guilds” in the first movie to “unions” in the second. There are multiple shots of protestors in the streets all holding signs that say “where is my share” or “I want my piece,”and every one of those shots are followed by one of the main characters rolling their eyes at them.

I get it. I get why the producers would want to sell the movie to the base that would see the movie. It saves on advertising by targeting a specific audience. Unfortunately, it destroys a movie that could be argued is better in places than the first. While I liked the Part 1 more, I can recognize that as a movie they fixed some of the problems in the second installment. There is more action this time, it’s not as slow, and has a vision that I think works better for the material. It’s tied down, though, by being so blatantly political that it appeals to no one but people who agree with it. Atlas Shrugged: Part 2 opened on over 1000 screens and, by its third week, was down to just 150. It grossed just over $3 million and appeared to completely kill the franchise and trilogy. 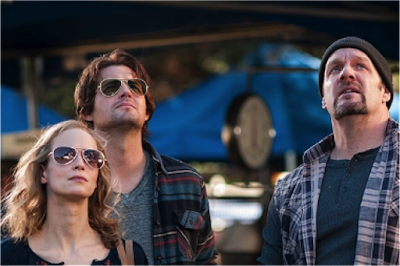 Once again, though, Ayn Rand has some very rich fans and they managed to raise enough funds through donors and a Kickstarter campaign to get to $5 million dollars and shoot the third movie. I don’t know where that $5 million went, because Atlas Shrugged Part 3: Who is John Galt is a mess of a movie. I am not kidding when I say at least a third of the plot is described through a voiceover narrator or in montage scenes. Remember earlier when I said the changing of the cast got comical by the third movie? With the exception of a few of the main characters, every single character is introduced using a black and white freeze-frame that types out their name and occupation below it. There are so many re-introduced characters that a freeze frame seems to happen every five minutes.

Most of Part 3 is shots of two characters talking and has little to no drama at all. The cast is fine for what they’re asked to do, but I have to be honest, after two movies waiting to meet John Galt, I was a bit disappointed in the casting. Kristoffer Polaha is competent, but doesn’t really fit the part I had imagined in the previous two movies. It once again stars Sean Hannity (the only person to show up in two movies), but adds in Glenn Beck and Ron Paul, who play themselves. Besides that, there's pretty much nothing to like in the last movie even if you agree with the politics or are a fan of its political stars. I don’t know how much the average person donated on Kickstarter to get this movie made, but if I donated even a dollar, I’d be pissed seeing the final result.

The final chapter of Atlas Shrugged made just under a million dollars worldwide, making the total spent on the entire trilogy over $30 million and the total return under $9 million. I hope the irony is not lost that a series of movies that touts businessmen and their ability to make money ends up being a pretty piss poor example of it. The producers and directors of the movies have blamed the “Left-wing Liberal Media” on the series failures. It’s an excuse. These movie are bad. Any person who says these movies are good can’t divorce themselves from the source material. 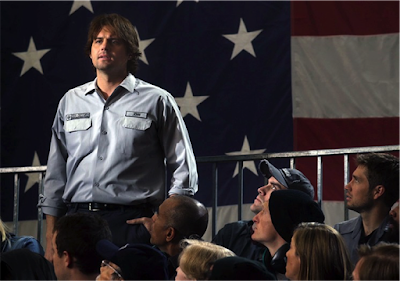 As I said before, I haven’t read the books, so being able to compare them to what is on the screen is something I can’t do. To the best of my knowledge, the core of the story is there. In 1972, Albert Ruddy asked Ayn Rand if he could adapt the novel but focus on the love story aspect. While the deal fell through, I think that would have been the only version of this that would have been moderately successful. It just doesn’t make sense for today’s audiences. When Rand wrote Atlas Shrugged in the '50s, the parable she was creating made sense in its context. Her idea that money and fame drove innovation was an argument she could make, but that’s not what has happened. There are billionaires today who have made their money through venture capitalism without an ounce of innovation. The story is nothing original: a mysterious man, tired of the powers in charge, grabs followers to run away with him and start a revolution. That story was a lot better when it was called the New Testament.

In all the hours and days of my life spent watching movies, I have never seen anything like the Atlas Shrugged trilogy. These three movies are unique in that I don’t think we will ever see anything like them again. It’s been said that government has a habit of throwing money at situations but never fixing the problems. I guess you can also throw a lot of money at an idea and never make a good movie.
Posted by Patrick Bromley at 5:00 AM