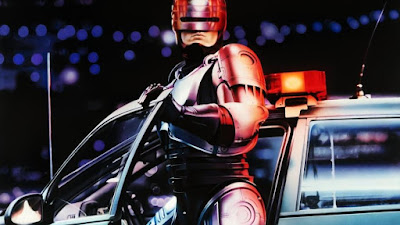 This was a hard one.

A few weeks back, I published my first-ever "Director Doubles" column, in which I program a week of double features from two directors and pair movies together in a way that hopefully makes sense, if only just to me. At the end of that piece, I solicited suggestions from you, faithful readers, and was very pleased with the suggestions I received. In taking them to heart, I discovered something.

Some of these are very difficult.

Case in point? The pairing of John Carpenter and Paul Verhoeven, a request from reader Kunider. It's a great suggestion because I love both filmmakers dearly, but trying to match up their filmographies proved challenging. Both men have different thematic concerns and different stylistic approaches. They both work with genre a lot and are each excellent at staging action with a sense of geography and coherent physical space, but their different backgrounds have a huge impact on who they are as storytellers. Verhoeven is distinctly European, while Carpenter's preoccupation with westerns make him totally American. Trying to match up their movies was quite the challenge. I hope I did ok. 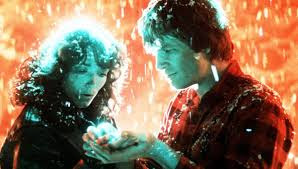 There aren't a lot of Carpenter and Verhoeven movies that pair together especially well, but this double feature is an exception. Here are two meditations on what it means to be human, the first in the form of an alien taking on the body of Jeff Bridges and the second in the form of Peter Weller's Detroit police officer attempting to rediscover his humanity after being turned into a machine. The first is gentle and sweet and moving, the second is savage and violent and darkly comic. Both are great, though one is better. 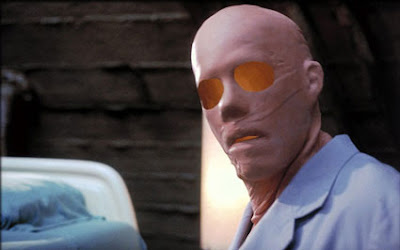 I know the obvious Carpenter pick here would be Memoirs of an Invisible Man, but I'm more interested in a double bill that sees the two filmmakers taking on different classic monsters. Neither movie is entirely successful for me, but they both come close enough that I'll bet they play well as a double bill. 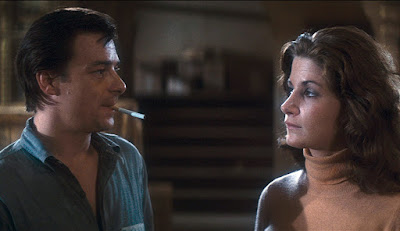 Ok, it's something of a stretch, but there are bands of outlaws in both (sort of) and a "siege" element to Flesh + Blood's final act that should make it pair well with Assault on Precinct 13. Both movies features skeezy antiheroes at their centers in Rutger Hauer's Martin and Darwin Joston's Napoleon Wilson. Verhoeven's movie is far more sexual than anything Carpenter ever did, but there are enough commonalities that hopefully these two could play. 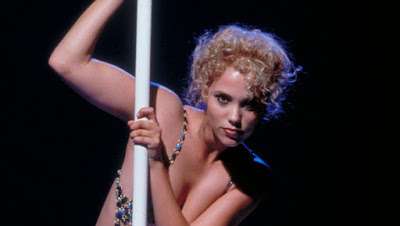 I really wanted to include one of Verhoven's Dutch film here, but none of the ones I've seen really go with anything Carpenter does. Instead, I'm going for a true camp double -- the two movies where their respective directors really leaned into and embraced excess. Both would claim to be satires, though I have not yet been successfully convinced that Showgirls is actually satirizing anything. Both are over the top to the point of comedy. One has Kurt Russell scoring baskets from the half court line, while the other has Kyle Maclachlan scoring in a pool. I guess you could say these movies have everything. 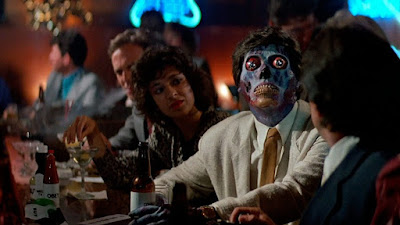 Two brilliant movies that function perfectly as both visceral action movies and scathing satires, the first about American consumerism and the second about American jingoism. Both films cling tightly to their roots in B-movie pulp and are perfect entertainment machines while offering something smart and scathing underneath. We are lucky to have this double feature. 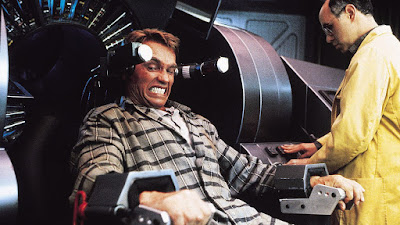 It's a Mars double! Carpenter is at a major disadvantage here, as Ghosts of Mars is one of the weakest entries in his filmography and can't possibly follow the greatness of Total Recall, but maybe it will be well served as the "B" picture it's so clearly intended to be. Total Recall will have already given us all the movie we need; anything on top of that is just gravy. Ghosts of Mars is gravy. 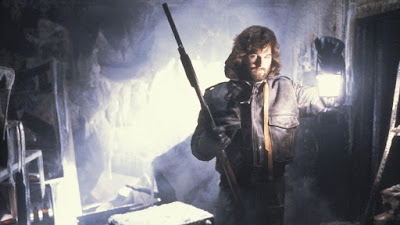 Again, these filmmakers are hard to pair together, but I connected these two movies on their themes of paranoia and mistrust. I kind of wish the order was reversed (I try to alternate whose movies open and close the double features from day to day), but then maybe that would be bad. I don't know if anything can really follow Basic Instinct.
Posted by Patrick Bromley at 5:00 AM