Streaming picks for week 2 of Junesploitation! 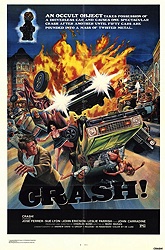 June 8: Cars! - Crash! (1977, dir. Charles Band) The first film officially directed by Charles Band dares to ask the question: "How many cars can one movie crash?" The answer is a lot, including many in slow motion. Part action film, part supernatural horror film, all exploitation, Crash! is rough around the edges but fun in a '70s drive-in kind of way. If nothing else, it's important to see where one of the giants of low-budget exploitation got his start. (Watch on Full Moon Streaming) 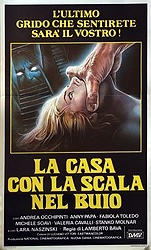 June 9: Giallo! - A Blade in the Dark (1983, dir. Lamberto Bava) I love this weird little giallo, about a composer working on a horror movie who begins to notice that his neighbors are being killed off. It takes the kinds of crazy turns we've come to expect from Italian horror. This was one of the first gialli I really fell for and played a big part in my conversion to the subgenre. (Watch on Amazon Prime) 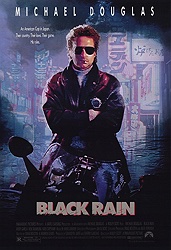 June 10: Cops! - Black Rain (1989, dir. Ridley Scott) This might be the slickest movie ever made. Michael Douglas plays a cop tasked with escorting a member of the Yakuza back to Japan, where he and his partner (Andy Garcia) run afoul of the criminal underworld. Ridley Scott directs the shit out of this movie and Michael Douglas is in prime movie star mode. (Watch on Hulu) 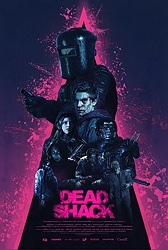 June 11: Zombies! - Dead Shack (2018, dir. Peter Ricq) A well-off teenager goes away for a weekend with his friend's family, all of whom wind up crossing paths with Lauren Holly as a suburban mom taking care of her zombie family. I'm not positive Dead Shack works really well as a horror movie, but there's some good comedy and a lot of good character work, particularly from Donovan Stinson as the fuck-up dad who wants to do right by his kids but never takes things quite seriously enough. If you're looking for something a little different on Zombie day, this might fit the bill nicely. (Watch on Shudder) 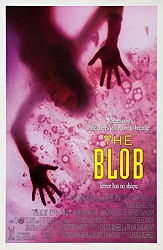 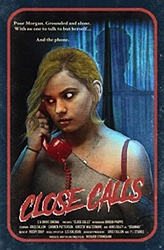 June 13: New Horror! - Close Calls (2017, dir. Richard Stringham) I will continue to beat the drum for this strange little movie, about a teenage girl who's grounded and stuck at home as a series of increasingly strange things happen to her. I love the photography, the art direction, the music, the whole weird vibe of the thing. It's definitely overlong, but even that has become part of its uniqueness in my eyes. It's the damndest thing. (Watch on Amazon Prime) 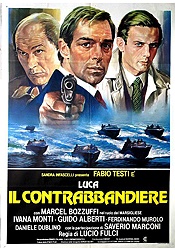 June 14: Free Space! - Contraband (1980, dir. Lucio Fulci) One of Lucio Fulci's best non-horror movies (it's a toss up between this and Four of the Apocalypse) finds the great Fabio Testi playing a gangster who gets caught up in a war. The whole movie is cool, but the last 15 minutes are what elevate it to a must watch. (Watch on Amazon Prime)
Posted by Patrick Bromley at 5:00 AM