Not quite the cause for celebration that last month’s Universal Horror Collection, Volume I turned out to be, but this new set from Shout! Factory is not without its charms.

The previous Universal Horror Collection, Volume I could have been titled “The Lugosi and Karloff Collection”—in fact, at one point in its development at Shout! Factory, it was. In a similar vein, the new Volume II could have been titled “The Lionel Atwill Collection” had Shout! Factory simply included Man-Made Monster as the fourth film in the set instead of The Mad Ghoul. My OCD/Completist tendencies scratch their metaphoric heads as to why this was not done. Volume II includes Murders in the Zoo, The Mad Doctor of Market Street, and The Strange Case of Dr. Rx, all starring Lionel Atwill as some kind of mad doctor, plus The Mad Ghoul, starring… George Zucco as some kind of mad doctor! Clearly, Shout! Factory knew this set was, how shall we say, Atwill-centric; one of the only special features is a nice, thirty minute short in which Gregory Mank summarizes his Atwill biography. Why hold a fourth Atwill mad doctor vehicle (Man-Made Monster) for the just-announced Universal Horror Collection, Volume III? It’s WEIRD. And… what about Murders in the Rue Morgue? It would have been right at home on Volume I (in fact, it had been previously included on the five-film, DVD-only Bela Lugosi Collection with the EXACT same four films as on Volume I). It would also have fit perfectly here on Volume II, because Lugosi plays… wait for it… SOME KIND OF MAD DOCTOR! Spoiler alert: it’s not on Volume III, either, although it would be a fine fit there too. Why? IT’S FUCKING GREAT. Please, Shout! Factory, give us Murders in the Rue Morgue! I will go to the Rue Morgue and let you murder me, if that would help my cause at all.

I am also a bit confused as to why so much time and effort were laved on the first volume and how little time and effort was afforded this second volume. Volume I includes six commentaries for four films, a new documentary in four episodes, and vintage radio programs. Hooray! Volume II contains only two commentary tracks and one mini documentary—that’s all there is for four films. Booooo! I wonder if Shout! Factory is planning even fewer supplements for its upcoming Volume III? 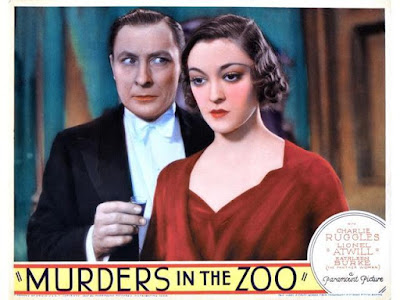 The transfers here are very beautiful, and Gregory Mank once again proves that he is a national treasure by providing a commentary track for Murders in the Zoo that is a model of the form. Informed, engaged, and brimming with facts, Mank turns Zoo’s brisk 66 minute running time into a love feast for classic horror fans.

Did you know that Gone With the Wind cinematographer Ernest Haller also photographed Murders in the Zoo? I didn’t! Did you know that co-star Gail Patrick went on to produce nine seasons of the Perry Mason television series? I didn’t! 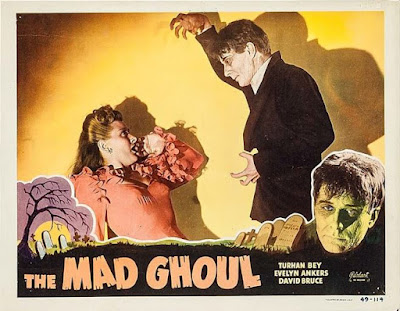 Did you know that star Lionel Atwill almost ended his career by hosting orgies in his Hollywood home and getting indicted for perjury? Well, actually, I did know that… and I appreciate that Mank covers this episode of Atwill’s life with some taste and discretion. Certainly, Atwill’s peculiar hobbies didn’t make him less of an actor. One thing that The Universal Horror Collection, Volume II did in spades was “amp up” my appreciation for Lionel Atwill. I had previously pigeonholed him as “The Inspector” for all the times he played that supporting role in Universal horror films, most notably as one-armed Inspector Krogh in Son of Frankenstein.

The star of this collection is Murders in the Zoo, a pre-code Paramount film that sought to replicate the previous year’s box-office winner The Island of Lost Souls. Murders in the Zoo is two tons of fun. The film is chock-full of shots, situations, and lines of dialogue that would have (should have?) been cut had the Hays Code been more strictly enforced. In fact, Gregory Mank has a field day on the audio commentary noting which shots were cut in various big cities and foreign countries. We see a man who has had his mouth sewn shut (very disturbing, even by contemporary standards), a wayward woman fed to alligators, and the explicit suggestion that co-star Charlie Ruggles has shit his pants. Call me crazy, but these are the things that make movie going worthwhile! 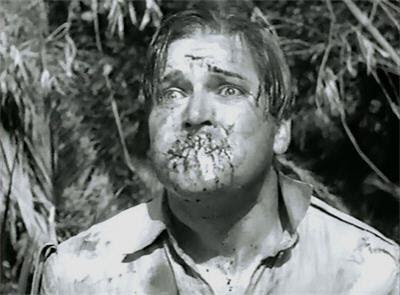 It’s difficult for me to be too critical of any horror film from this era (era) because I am such a dyed-in-the-wool, besotted fan. I could quibble with the lack of extras, but then I search my memory and remember the dark days when these films were first issued on VHS with murky transfers and NO extras, not even Real-Art reissue trailers. Clearly, I will be the first to line up to purchase The Universal Horror Collection, Volume III when it is released this December.

Maybe we will finally get Murders in the Rue Morgue on Volume X?