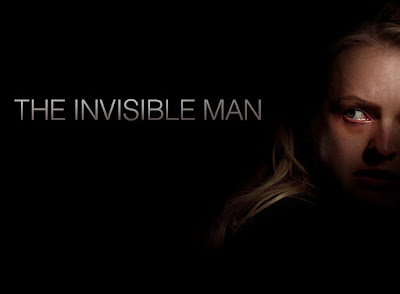 The opening sequence of The Invisible Man (2020) features a daring midnight escape: Cecilia (Elisabeth Moss) creeps out of bed and through a palatial beachfront compound, taking careful steps to avoid waking her sleeping paramour, Adrian (Oliver Jackson-Cohen). She packs a bag. She disables the security systems. She slips on a pair of comfortable running shoes. We don’t know why Cecilia is leaving, but it’s clear that she never wants to come back. And although our protagonist is frantic, director Leigh Whannell’s camera is not. It’s eerily still, for the most part, favoring wider angles that emphasize negative space. It peeks in at Cecilia from odd vantage points as she makes her rounds. We’re expecting Adrian to wake up. We’re expecting a jump scare. And then, for seemingly no reason at all, the camera pans away from Cecilia and over to an empty hallway. We wait. Nothing happens. We pan back. Cecilia moves on. What was that? Did we miss something? No, we learned something: The movie just taught us how to watch it. 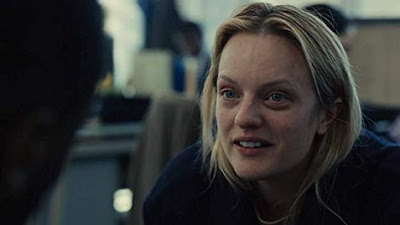 Sharing little else but a title with H.G. Wells’ science fiction novel or James Whale’s 1933 Universal classic, Blumhouse’s The Invisible Man is less interested in the monster himself than it is with the victims of his terror. Don’t expect scientific revelations about invisibility and the nature of man. Don’t expect terrorized villagers fleeing in distress. This is the story of a trauma victim’s road to recovery, one that is both bafflingly strange and frighteningly familiar. To wit: Even after securing safe harbor with the help of her sister (Harriet Dyer as Emily) and childhood friend (Aldis Hodge as James), Cecilia is hesitant to open up about her experience until Adrian’s brother/attorney (Michael Dorman) reports shocking news: Adrian has taken his own life and left Cecilia a sizable inheritance. It’s not enough to mend her frayed nerves or help her sleep through the night, but it is enough to start over, enough to help James’ daughter Sydney (Storm Reid) pay for college. It feels like enough for now.

This should be cathartic, but it isn’t. Cecilia knows that something is still off. She knows Adrian isn’t really dead. She can feel odd vibrations in the air around her. Nothing tangible, at first, but something ethereal. Why doesn’t anyone else see it? Because no one ever does. No one can see the world through a victim’s eyes. No one can explain away the residual stress, fear, and rage that come with an experience like Cecilia’s. Trauma has latched to her back and begun digging, slowly and painfully, into her soul. Whannell and cinematographer Stefan Duscio convey that trauma through extraordinary visual technique, constantly isolating Cecilia in corners of the frame or masking spaces around her, using windows and doorways to create smaller frames within existing ones. The camera lingers on kitchen counters and open doorways; it wants us to see something, or at least to swear we did. But did we? Where did that knife go? What’s under that sheet and behind those drapes? Why did we rack focus away from Cecilia and onto a blank wall? Was something there? Will it ever show itself? 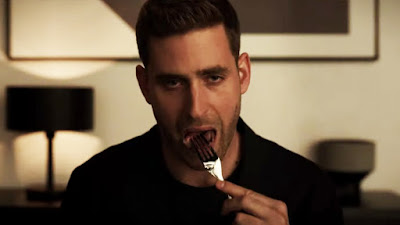 Technical achievements are one thing, and there’s no doubt that The Invisible Man is an expertly-crafted formal exercise, but it’s Elisabeth Moss’ stunning and vulnerable performance that makes it art. With The Invisible Man, Moss cements herself not only as my favorite actress, but as one of the most honest and extraordinary screen presences of her generation. She presents Cecilia’s gradual mental decay with all the self-loathing and second-guessing familiar to anyone forced to live on after abuse and terror. Cecilia often blames herself for Adrian’s actions. She sees herself as an unwilling accomplice to his crimes, apologizing for letting him into the lives of the people she loves and committing acts of intentional self-harm in search of an appropriate resolution. She’s afraid of her own shadow. She’s uncomfortable in a circle of her closest friends. Even in apparent death, Adrian’s gaslighting sociopathy has overwhelmed her sense of self-worth and psychological agency. When she finally finds the strength to fight back, it’s not only against Adrian’s physical presence, but against the implication that she deserved his punishment in the first place. 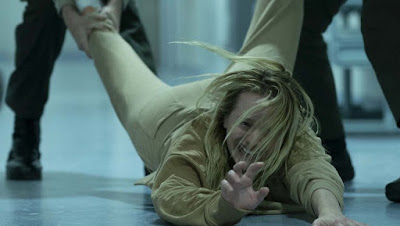 Fans of jump scares and monster movie moments should not fret, though, because The Invisible Man does provide its fair share of inventive thrills (Storm Reid, in particular, has a Hero Moment that made my preview audience stand up and cheer). Adrian’s method of invisibility is appropriately hand-waved away because, in truth, it doesn’t matter. A middle sequence with ladders and paint cans -- one already heavily spoiled in the film’s marketing -- invokes and inverts the Blonde Girl with a Knife trope in ways that feel true to life, and (unlike her supporting characters) we’re never scratching our heads over why Cecilia behaves the way she does. Each beat is earned. Each move is calculated. We feel her fragility and her resolve. The final confrontation (think Kill Bill: Vol. 2) might seem superfluous and miscalculated until we realize that no hack-and-slash crescendo of rage can give Cecilia back what she’s lost. She must be the instrument of her own salvation. She must make her terrorizer see that he has not crushed her will to go on. She must grant herself the peace to walk into an empty room and know that it is truly empty, that the demons on her back have been buried for good.
Posted by Patrick Bromley at 5:00 AM