Winner of “Favorite Supporting Actress - Comedy” for Cheri Oteri at the Blockbuster Entertainment Awards. It was a weak category that year.

Welcome to 2K Replay, the home of the year 2000 in Film. This week I’m revisiting a movie I saw multiple times in theaters and probably will never watch again: Scary Movie.

• Best Scene/Moment: For all the calories spent trying to make me laugh with pop culture references, weed jokes, gay-panic material, etc., the thing I found most amusing today was a shot of a water gun race urinal game where men pee at a bullseye to make the horses run. 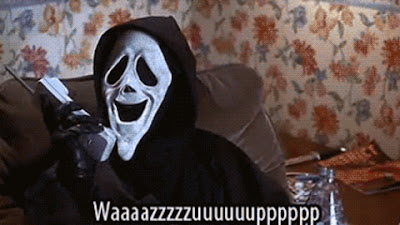 • Best Food: There’s not much food in this one, so I’ll say the popcorn in the movie theater scene. I never thought I’d see the day where I would miss the popcorn from AMC Theaters but quarantine messes with your brain.

• Best Song: “All About U” by Tupac Shakur, Snoop Dogg, Nate Dogg, and Dru Down. It plays in the background of one scene. 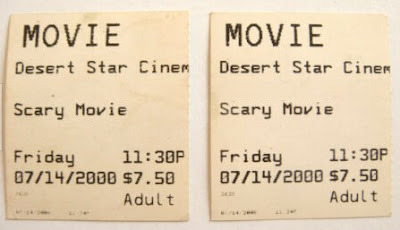 • Director Check: Scary Movie was directed by Keenen Ivory Wayans. This is his commercial peak as a director, which gave him the chances to direct Scary Movie 2, White Chicks, and Little Man later. He hasn’t made a feature film since 2006. His best movie remains his directorial debut: I’m Gonna Git You Sucka. I’ll give some appreciation also to A Low Down Dirty Shame, which isn’t a good movie but has a villain turn by the Djinn himself, Andrew Divoff.

This is the trailer block from VHS rental copies of Scary Movie, including previews for Dracula 2000 (really bad), Double Take (really really bad), Imposter (never saw it), Gone in 60 Seconds (pretty bad), Shanghai Noon (fun), Boys and Girls (fascinating), a Scream series box set (1 & 2 amazing, 3 is real bad), and the soundtrack to Scary Movie (not even if it were free).

• How Did It Rent at Blockbuster? It did okay. People seemed to have gotten their fix during theaters or were fans enough and bought it instead of renting it.

• Mall Movie? If there ever was one.

• Scene Stealer: Regina Hall steals every scene she’s in because she created a character who’s funny instead of trying to simply “be funny” like some of her co-stars. Anna Faris has some moments, too, but it’s not prime Faris. 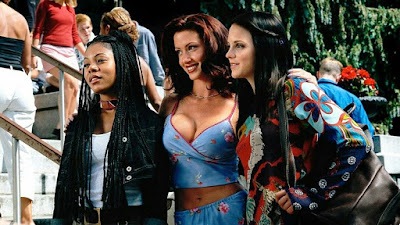 • What I Thought in 2000: I loved it. It rewarded me for knowing the references thus validating me for consuming pop culture.

• What I Think in 2020: This might be the movie from the year 2000 that holds up the least. I didn’t hate watching it now but there was really nothing there for me anymore. It made me wonder if the movie was just that much of its time or audiences had poor taste when it came to Scary Movie twenty years ago.
Posted by Patrick Bromley at 5:00 AM