Ladies Behind the Lens: CROSSING DELANCEY 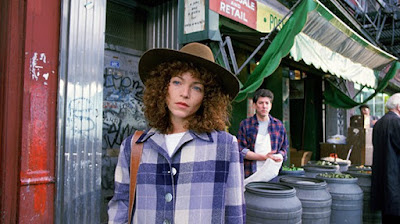 Ghostbusters, Taxi Driver, Hannah and Her Sisters, Crooklyn, On the Town, The Royal Tenenbaums, After Hours, Working Girl... they all have this amazing city in common. It seems full of romance, danger, intellectual curiosity, and indomitable spirit. As Dorothy Parker once put it, “London is satisfied, Paris is resigned, but New York is always hopeful. Always it believes that something good is about to come off, and it must hurry to meet it.”

In Joan Micklin Silver’s film Crossing Delancey, we meet Izzy (Amy Irving), a young woman who embodies this hurried hopefulness Parker described. Izzy works at a lovingly curated bookstore (because all good New York movies must feature cool bookstores you want to visit) arranging readings by authors both famous and obscure. She has eyes for a handsome sophisticate named Anton Maes (Joroen Krabbe) whose number is unlisted and whose books seem to be elevated erotica that earns accolades in part due to his maleness and in other part due to his European-ness (there may be a pun here).

When Izzy’s not luxuriating in that dreamy bookstore, she’s either exercising at the YMCA with one of her girlfriends or spending time with her Bubbie (Reizl Bozyk). Like many grandmothers before and since, Bubbie thinks it’s time Izzy settled down with a man already. “Dogs should live alone, not people!” she insists. Despite (or because of) Izzy’s protests that she’s very happy living the single life in a nice rent controlled apartment with a job she loves, Bubbie takes matters into her own hands and hires her friend Hannah Montelbaum (Sylvia Miles) to play matchmaker. 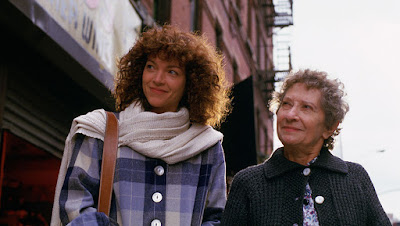 Next time Izzy visits Bubbie’s place, there’s a handsome-ish pickle shop owner named Sam (Peter Riegert) waiting for her. She tries to get out of the situation as politely and directly as she can manage, but he addresses her reluctance by telling a story about a man who always wore the same hat. I won’t go into it; the story and its non sequitur feeling are one of this movie’s many charms; but this little anecdote has an effect on Izzy. She gives Sam the brush off, but she will think about him again, don’t you worry.

I won’t continue with the plot synopsis; but I must tell you that I fell head over heels for this movie and if movies were people I would definitely be a polygamist by now because I would want to marry it and all other movies that give me this feeling of warmth and happiness and comfort and sweetness. It’s a movie that makes me want to read books and eat home cooked meals and go for walks in the park and stay up too late talking and make eyes at someone from across a crowded room. If this were a book, when I got to the last page I would blink back happy tears and clutch it to my chest and then I would text my sisters and tell them they had to read it so we could discuss it. In these times, it’s hard for anything to take you out of the moment-to-moment panic and anxiety but this movie managed to do that for me.

Besides the story, which is lovely, I enjoyed the atmosphere of this movie. I wanted to go to the bookstore and peruse the titles; I wanted to go to the pickle shop and try the pickles (in case you didn’t know, pickles are my favorite food); I wanted to walk around Central Park and maybe even go to a sauna at a YMCA where I could overhear strangers sharing intimate details of their lives. I wanted to eat at a deli counter where a fading Broadway star in heavy makeup would serenade an audience and no one would question it. I wanted to find a new hat. 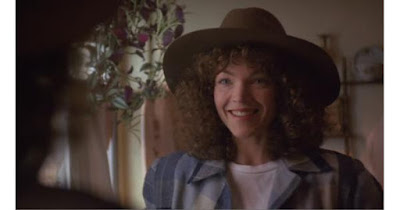 The music in the film is worth noting as well--most of it is performed by The Roches, whose doo-wop harmonies made the movie feel even more classic and magical.

This was my first foray into the filmography of Joan Micklin Silver, and I could not be more won over. I’m curious to delve into Chilly Scenes of Winter next; and then hopefully I can track down Hester Street and Between the Lines. If Woody Allen and Nora Ephron collaborated in 1988, it might have felt a little like this--which I consider high praise.