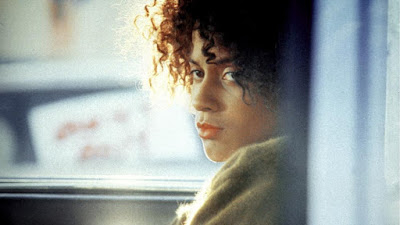 Adam: Welcome back to Summer ‘92 Redux! Before the heavy hitters made their way to theaters starting in mid-May, an indie crime drama caused a stir when Carl Franklin’s One False Move debuted in theaters on May 8, 1992. The film was made in 1990 and originally intended for a video release when the distributor (I.R.S. Media Films) opted to give it a theatrical release instead based on positive word of mouth. The movie didn’t break out at the box office, but it did earn a couple of high-profile fans in Gene Siskel and Roger Ebert, who enthusiastically praised One False Move and each put it on the national radar with an inclusion on both of their top 10 movies lists of 1992 (it was Siskel’s #1 movie that year and Ebert’s #2). This (and/or Carl Franklin winning Best New Filmmaker at the MTV Movie Awards) is how One False Move wound up on my radar. I didn’t see it for the first time until many years later (maybe 2009?) but was blown away on that viewing and felt similarly on this recent second watch. We’re early into our Summer 1992 revisit, but this might be my favorite movie from that summer. It’s actually better for me today than it was before because I have more of a frame of reference for its talented cast, which includes the late Bill Paxton (in what might be his best performance), Billy Bob Thornton (prior to his breakout with Sling Blade), and Cynda Williams (who was coming off of an impressive debut in ‘Mo Better Blues).

What are your thoughts on the movie, Patrick? Did you see it in 1992?

Patrick: I didn’t see this one in ‘92, but I saw it soon after it hit VHS. I, too, probably only checked it out because Roger Ebert had sung its praises so loudly. I liked it back then, but I think it’s definitely the kind of movie I can better appreciate now that I’m older and have a better sense of what it’s doing. It reminds me a little of Fargo in the way that it combines a crime story with strong, memorable characters and a really well-defined sense of place.

Adam: For some reason I thought of The Devil’s Rejects in the handling of the villains played by Billy Bob Thornton, Cynda Williams and Michael Beach, largely because it’s a story spent on the road with three violently tempered people. 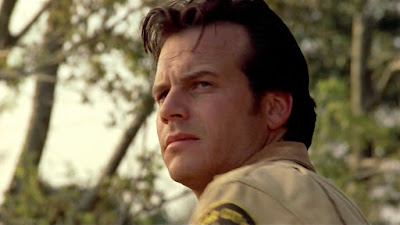 Patrick: I think I’m with you on this being my favorite Bill Paxton performance. He’s so good at playing a guy who seems like a total dipshit but is hiding depths. He’s very funny in the first half of the movie, and then becomes this tragic figure in the back half when the film makes its big reveal. Speaking of which, I so admire Carl Franklin and screenwriters Billy Bob Thorton and Tom Epperson’s patience in telling this story. It’s over an hour into its hour and forty-five-minute run time before we get probably the most important piece of information in the story. Movies so rarely unfold the way One False Move does that it feels like a revelation, even thirty years later.

Adam: That’s a really good point. The way the movie unspools is dependent on character motivation much more than plot mechanics. When I think back on how the movie starts (almost like Henry: Portrait of a Serial Killer) and where it ends (a clumsy - which I don’t mean as a pejorative - Western style showdown) it feels even more impressive to me. It takes you on a journey. I like that the movie comments on how the characters carry themselves being largely beholden to their environments. Whether it’s Paxton as the small town sheriff and if he would “work” somewhere else, Cynda Williams as a woman whose had to navigate life in both in city and rural environments, or Jim Metzler and Earl Billings as the Los Angeles based FBI agents who travel to Arkansas to intercept the criminals and carry an air of superiority to them yet are less resourceful when out of familiar surroundings. I’m having trouble describing it without spoilers (which I won’t give away because I want people to see this movie), but most of the characters are complex and it makes the movie very engaging and suspenseful. 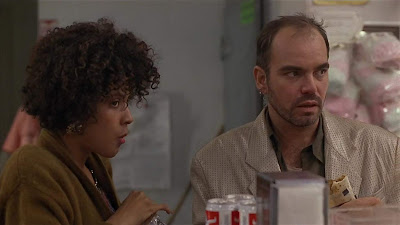 Is Carl Franklin an underrated director? I’ve only seen this, Devil in a Blue Dress and Out of Time, but I like all three of those movies. He’s not afraid to find gray areas and venture off-formula.

Patrick: Those are the only three Carl Franklin movies I’ve seen, too, but they’re all good (especially Devil in a Blue Dress). Wait -- just kidding. I’ve also seen One True Thing, which I didn't realize he directed and is good for what it is but not really my kind of movie. He’s very good with actors and, as you said, not afraid to work in some gray areas when it comes to motivations and morality. People are messy in real life, and they’re messy in Carl Franklin movies, too.

Adam: I need to see High Crimes. I’ve been meaning to go on an Ashley Judd run for a while and remember simpler times. That woman was iconic at my Blockbuster Video back in the day. She was the rental queen.

Patrick: One False Move is never afraid to be very messy, from the original crime scene to the way the three fugitives conduct themselves on the run to the way Bill Paxton conducts himself in the investigation to, as you pointed out, the climax, which is clumsy and abrupt in a way that feels a lot more like the way things might happen and less like a movie. I love the way the film treats Bill Paxton almost like a supporting character until his role in the story comes more into focus; I can imagine a slicker, more Hollywood version of this same story that would start with him and carry all the way through, but that would be much less surprising and idiosyncratic, two qualities One False Move has in its favor. 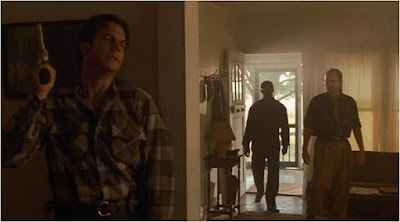 Adam: I couldn’t have said it any better. I hope people give this one a watch if they’ve never seen it. It’s one of the best crime dramas of the 1990s and not discussed enough these days. Also released this week in 1992 were Poison Ivy and a movie I know I watched on cable back in the day called Big Girls Don’t Cry...They Get Even. I didn’t like it, but I remember watching it on HBO several times because it starred Jenny Lewis and one of the sisters from Home Alone. The IMDB trivia says its claim to fame is its trailer appeared on the Teenage Mutant Ninja Turtles II: The Secret of the Ooze VHS tape. Have you ever seen it? Also, are you a fan of Poison Ivy? I’m not sure if I’ve ever seen that one in its entirety. It was never one of my adolescent staples.

Patrick: My only memory of BGDC...TGE is from that TMNT II VHS because I’ve never seen the movie, despite my childhood (and adulthood) crush on J. Lewis.

I’ve seen Poison Ivy but it’s been years. Erika and I tore through a lot of Katt Shea’s filmography last year but didn’t get to that one, which is a shame. I’m embarrassingly more familiar with the two sequels because cable.

What do you want to cover next week?

Adam: The Summer of ‘92 kicks into blockbuster gear with Lethal Weapon 3. It’s the movie that Lenina Huxley likes so much she has a framed 27x40” poster of it at work in 2032. What a legacy! See you next week!
Posted by Patrick Bromley at 5:00 AM