Noir-o-scope: Your Astrological Guide for What Film Noir to Watch Next 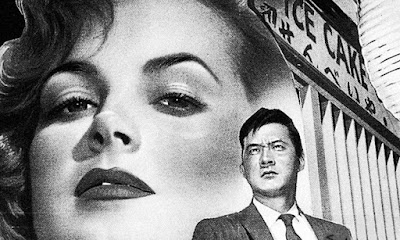 Do you ever have trouble picking what movie to watch next? I’m here to provide some noir and noir-adjacent recommendations—this time based on your astrological sign! I turned to the experts at www.tarot.com to peep what’s happening horoscope-wise for each sign, and then paired that bit of fortune-telling with a movie whose characters take a similar journey. Let’s get started! 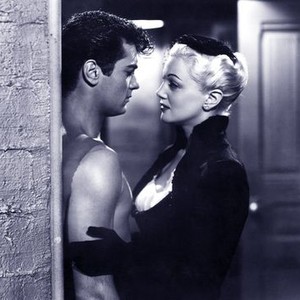 Key takeaway: “You’ve felt like being in a boxing ring with your hands tied behind your back… Soon you’ll begin to feel in your power again. You can be sure that a deep physical and emotional connection is on the horizon.”
Your Film Noir: Flesh and Fury (1952, directed by Joseph Pevney)
Tony Curtis stars as an amateur boxer with a hearing impairment in this noir from Universal Pictures. He definitely can relate to the Aries horoscope in this movie, as he gets a new mentor in Pop Richardson (Wallace Ford, a noir regular you may also recognize from Freaks). He also has two ladies vying for his attention, but which one has his best interest at heart? Jan Sterling, who made a big impression in Ace in the Hole, plays Sonya. Mona Freeman, who worked with Curtis in I Was a Shoplifter!, portrays a reporter named Ann. 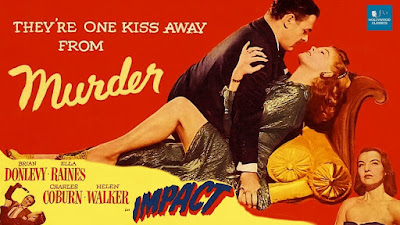 Key takeaway: “You’ll have the added support needed for a truly joyful and deeply intense connection with someone, whether you’re coupled or single. It will be complicated, but this suits you just fine. This is the time to regroup.”
Your Film Noir: Impact (1949, directed by Arthur Lubin)
Brian Donlevy often played a supporting character or heavy, but in this role he gets to be the protagonist, a millionaire whose wife (Helen Walker, who you may know from Nightmare Alley) wants him dead. Not one to let a little murder plot get in the way of his good time, he lays low for a while in a small town and meets someone who seems to prefer him alive: Ella Raines (appearing in Phantom Lady and Brute Force). Their connection is definitely joyful and intense, as the horoscope proclaims. 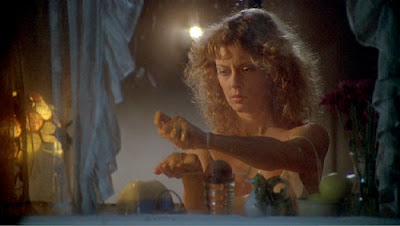 Key takeaway: “You will be able to see growth in your long-term investments of time or money with less effort than normal, yet you may experience delays or frustrations in your everyday routine. If you’ve been wanting to move in a brand new direction, go for it! Throw out the road map and take a leap of faith.”
Your Film Noir: Atlantic City (1980, directed by Louis Malle)
This movie pairs noir favorite Burt Lancaster with Susan Sarandon in a city that’s demolishing buildings and overhauling its reputation. He’s looking back on a life lived just outside the spotlight, always on the outskirts of a big score or a big bust. She’s a waitress learning French so she can be a blackjack dealer in Paris one day, trying to shed the baggage of her small town Saskatchewan roots. They’re both sick of their daily routine, and when an unexpected person comes along and shakes things up, it gives them both a chance to try something new and take the kind of leap of faith the horoscope recommends. 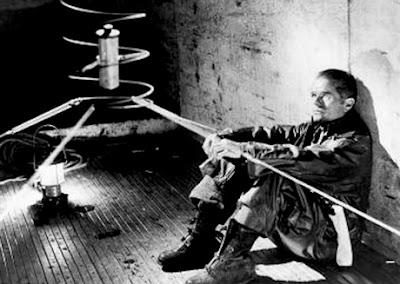 Key takeaway: “You're in a realignment phase when it comes to the money you make, money you owe, and money you share with others.”
Your Film Noir: Plunder Road (1957, directed by Hubert Cornfield)
We all love a good heist movie, and this is one of the best. The heist happens at the beginning, and it’s a nail biter. Complications arise after the 5-man crew splits up with their loot. Elisha Cook, Jr. is in this movie, so you know it’s a winner; and soap opera fans will recognize longtime The Young and the Restless actor Jeanne Cooper in an early role. 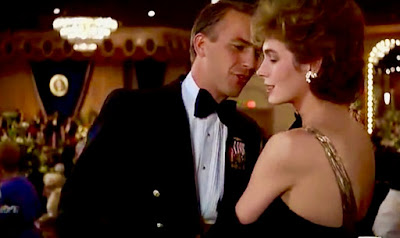 Key Takeaway: “Don't be surprised if you find yourself choked up by how you feel for someone special. Set yourself on a new career path.”
Your Film Noir: No Way Out (1987, directed by Roger Donaldson)
I know it’s technically Adam Riske’s job to recommend Kevin Costner movies on this site, but hopefully he’ll allow it because this is (bold claim coming up) Costner’s best movie. He gets caught up in a CIA coverup when a woman he hooked up with winds up dead. To make things even more complicated, he’s tapped to help with the investigation all while trying not to become a suspect himself. Gene Hackman, Will Patton, and Iman are just a few members of this movie’s all-star cast. 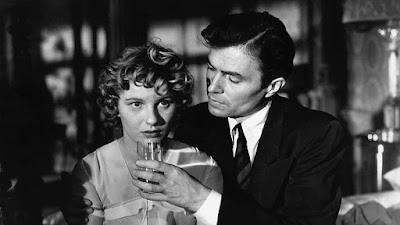 Key Takeaway: “Have courage to speak your truth no matter what the consequences might be. You may have baby news. Anticipate major wrinkles to iron out.”
Your Film Noir: Caught (1949, directed by Max Ophuls)
Barbara Bel Geddes marries a rich man (Robert Ryan) who turns out to be a total dickwad. She starts to fall for her boss (James Mason), who is decidedly less toxic and evil, but when she finds out she’s pregnant with her husband’s baby, she feels like her hope and options are running out. “Major wrinkles” definitely need to get ironed out before she can speak her truth. 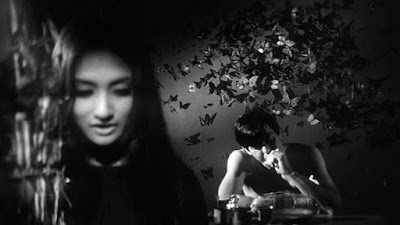 Key Takeaway: “Reassess if the person you're with is right for you. Conversations with an ex might also become a mental distraction.”
Your Film Noir: Branded to Kill (1967, directed by Seijun Suzuki)
Here’s the part where I ask myself, “Do I try to explain the plot of a Seijun Suzuki movie?” He’s an awesome director whose movies don’t always adhere to an elevator pitch, which is one of the many reasons they are awesome. What I’ll tell you is that it’s about a professional hit man and it seems that he’s on someone else’s hit list. He also finds himself caught between two women, there’s some kinkiness, and lots of fancy camerawork. I don’t have any tattoos, but if I ever get a movie-themed tattoo it will be something from this movie. How’s that for a recommendation? 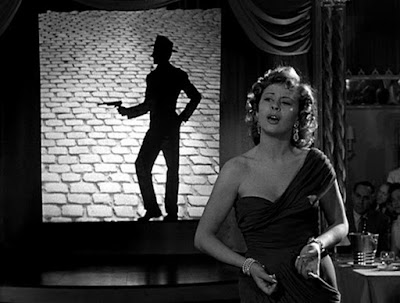 Key Takeaway: “You'll have a massive opportunity for more cash flow. Work on expanding a specific skillset.”
Your Film Noir: Rififi (1955, directed by Jules Dassin)
This is the heist film to end all heist films, so if you’ve seen it you already love it; and if you haven’t, you have the best heist film ever in your future. The preparation and execution of the heist are carried out with such precision, reportedly there were attempts to ban the movie from being shown in fear it would inspire real life criminals. But while the centerpiece of the heist is impressive, the characters are equally compelling. Each one has a very specific set of skills, a unique back story, and a lot on the line. If you’ve already seen this one and want a bonus recommendation, watch Logan Lucky.

Key Takeaway: “Pay more attention to your spiritual well-being and release anything that's been weighing heavily on your heart and soul.”
Your Film Noir: Odd Man Out (1947, directed by Carol Reed)
James Mason plays Johnny McQueen, once a powerful member of a criminal organization (presumably meant as a stand-in for the IRA) who was wounded during a robbery. Now he’s hiding out in the streets and alleys of a snowy Belfast, with lots of time for contemplation. There’s plenty weighing heavily on him in this movie as he waits for some kind of release. 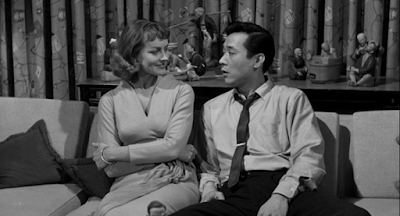 Key Takeaway: “Making yourself a little vulnerable will be worth it.”
Your Film Noir: The Crimson Kimono (1959, directed by Samuel Fuller)
Two LA detectives (played by Glenn Corbett and James Shigeta) investigate the murder of a stripper in Little Tokyo. Along the way, they both fall for the same woman, threatening their own relationship and forcing them to confront racial issues. Vulnerability always comes into play in Samuel Fuller’s movies, and in this one it might be the key to the whole conundrum.
.
PISCES 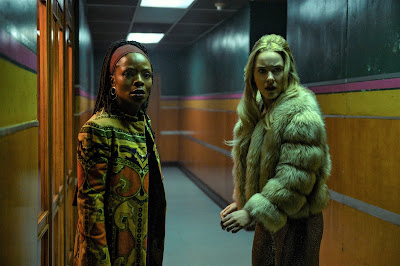 Key Takeaway: “Keep an open mind and see what appears on your front door. There’s no reason you can’t enjoy whatever surprises the universe deems fit.”
Your Film Noir: I’m Your Woman (2020, directed by Julia Hart)
Rachel Brosnahan plays Jean, who has many surprises waiting outside her front door. First, a baby, brought home by her outlaw husband as a solution to their infertility. Next, a stranger who tells her to pack a bag and hit the road if she wants to survive the night. That’s just the beginning in this excellent '70s-set noir from the director of Fast Color.
Posted by Patrick Bromley at 5:00 AM

Email ThisBlogThis!Share to TwitterShare to FacebookShare to Pinterest
Labels: branded to kill, film noir, i'm your woman, in the cut, kevin coster, no way out, odd man out, rififi, seijun suzuki, the crimson kimono