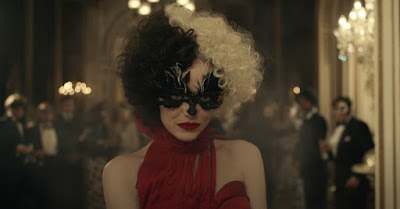 I’m confident I’ll be able to see most of these!

Last week, I wrote a column about going a year without indoor movie theaters. I’m hopeful I’ll be able to get back to the theater at some point during this year’s summer movie season. Being an optimist, here’s a preview starting with May.

Mainstream (May 7th) – This is director Gia Coppola’s follow-up to 2013’s Palo Alto. As maybe the world’s biggest fan of that movie, I want to see Mainstream, which has a good cast including Andrew Garfield, Maya Hawke and Jason Schwartzman. If you’re a Sofia Coppola fan and you haven’t seen Palo Alto, it’s basically the exact same vibe.

Oxygen (May 12th) – This a new Netflix movie (boo) directed by Alexandre Aja (yay) starring Melanie Laurent (sup) about a woman stuck in a cryo chamber. Don’t screw this one up, Netflix!

The Woman in the Window (May 14th) – This long-delayed thriller from Joe Wright (who can do no Joe Wrong…just kidding, he has) wound up on Netflix after being orphaned by 20th Century Fox/Disney. It stars Amy Adams (who used to be fun) and all I can think of is The Girl on the Train since both are based on novels you’d buy at the airport. I hope the next one is called The Heiress in the Carriage House. Kidding aside, this looks fun in a ‘90s thriller way.

Those Who Wish Me Dead (May 14th) – This is a new thriller from writer-director Taylor Sheridan (Wind River) that’s part of the HBO Max deal, so I’m in since I can watch it at home. It stars Angelina Jolie and a supporting cast that don’t do anything for me, but that’s okay because it’s on HBO Max so I should just eat what’s on my plate.

The Djinn (May 14th) – I don’t know anything about this, but it’s called The Djinn, so if I don’t watch it who will?

Spiral: From the Book of Saw (May 21st) – The only thing that could intrigue me enough to watch another Saw movie is if you cast someone like Chris Rock and Samuel L. Jackson and that’s what they did. I hope this is Jigsaw messing with Rock’s character from Lethal Weapon 4. I want more Det. Lee Butters. 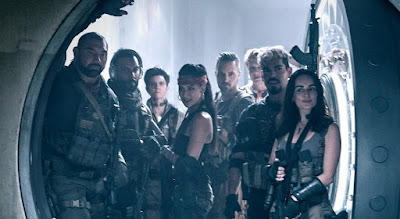 Cruella (May 28th) – I like Emma Stone (I heard once her friends call her Emily, fwiw) and I think it’s funny that this is being promoted like Disney’s Joker, so I’ll see this.

A Quiet Place Part II (May 28th) – The first one’s fine. I don’t need more dystopian cinema in my life, especially right now. What’s the fun of being quiet? I’d rather die right away than shut up to appease monsters. I remember being in the theater on opening night for the first one and wanting to make sounds to make up for the quiet, but I didn’t because that would be rude. Anyways, I’ll still see this because it’s a movie in theaters and not on my television.

Which releases in May are you most excited about?
Posted by Patrick Bromley at 5:00 AM

Email ThisBlogThis!Share to TwitterShare to FacebookShare to Pinterest
Labels: a quiet place part 2, army of the dead, cruella, oxygen, summer 2021, summer movie preview, the woman in the window