I CARE A LOT Doesn't Want to Play Fair 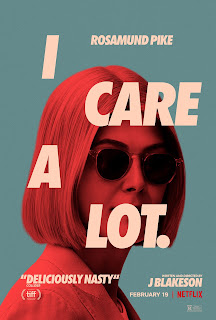 Spoilers for I Care a Lot ahead

There’s a porcelain ruthlessness to Marla Grayson (Rosamund Pike) that provokes a bit of ruffling. She’s impossibly poised, after all — statuesquely beautiful and immovably committed to her own interests. Much as we might envy those attributes, at least a small part of us wants to muss up her hair and knock her down a peg. That small part of us hates her and wants her to fail. Like every other American success story, hers is beset on all sides by those competing with her for airtime and market share. They threaten her with lawsuits and demand court injunctions. They resent her achievements and swear vengeance for her misdeeds. They spit in her face and murder her friends. Guided by that same jealous inner voice we all share, they can’t allow her to succeed on her own steam. They must make her pay for her ambition. 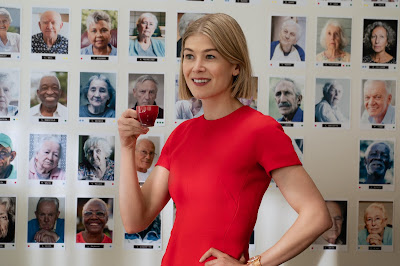 And Marla is ambitious. She’s spent years manipulating the court and healthcare systems in order to take legal guardianship of vulnerable elderly folks, forcing them into nursing homes and draining their bank accounts for her own purposes. She and her lieutenant/paramour Fran (Eliza González) have built a small empire exploiting loopholes and bribing doctors (like Alicia Witt’s Dr. Amos) to bend the system to their will, even manipulating well-meaning civil servants like Judge Lomax (The Great Isiah Whitlock Jr.) along the way. By conventional definition, Marla is a deeply cynical monster who deserves to die a painful and humiliating death. Her behavior is reprehensible; her disregard for the sanctity of human life — that of both her victims and their families — is irredeemable. We know this, and she knows this. She makes no excuses, though, because it doesn’t matter.

That’s why she isn’t all that bothered when smarmy lawyer Dean Ericson (Chris Messina) strides into her office with the same intimidation spiel she’s heard a thousand times. Ericson represents Jennifer Peterson (Dianne Weist), Marla’s latest meal ticket. He offers her money in exchange for Peterson’s release and makes veiled allusions to bodily harm if his terms are not met. Marla isn’t amused. Well, by the money part, maybe (She’s happy to be bought as long as the price is fair), but not the threats. Marla isn’t afraid to die. “Do you remember how scary it was in 1807?” she later asks another man who threatens her life. “Me neither. I wasn’t alive yet. I’ll feel the same way when I’m dead. Why be scared of that?” Unless they want to talk business, these men have no hold over Marla. No power. Nothing to do with all of their strength.
Not even being drugged, trapped in her car, and sent careening into a lake deters Marla from her goals. Kicking her way free and climbing ashore, she yanks out a tooth and lets out a guttural howl. But it’s not a howl of defeat or terror. It’s not a howl of remorse or repentance. It’s a howl of victory. It’s the howl of a woman who has seen the cards of those sitting across from her and knows exactly how to win the hand. She then plans a revenge so callous that it challenges the audience to recall exactly who we’re supposed to be rooting for in this story. Is it Marla? Is it Fran, who at least shows occasional flashes of integrity? Is it Jennifer Peterson, the gullible septuagenarian who took Marla’s word for it until it was too late? Maybe it’s the children and families of the people Marla is abusing? Or is it the court officers and healthcare workers unwittingly aiding her scams? 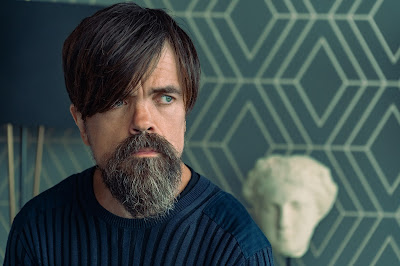 As I Care a Lot reaches its conclusion, we come to realize it’s none of them. Or it’s all of them. It truly doesn’t matter. This isn’t a fairy tale. This is the real world, a meritocracy of self-interest and moral relativism that punishes and rewards in the most cold and objective possible ways. “Playing fair is a joke invented by rich people to keep the rest of us poor,” Marla tells us. And she’s right. Marla isn’t breaking any laws, in the strictest sense. Nor are the doctors. It’s unethical behavior, sure, but if the public trust is placed in unsavory people, then it’s up to the public to reassign that trust. Hell, Jennifer Peterson isn’t the babe in the woods we’re led to believe, anyway, so where does she get off being obstinate about all this? A path was laid in front of Marla, as it is in front of us all. How dare we judge her for walking it, the film asks, when we lack the courage to do the same? 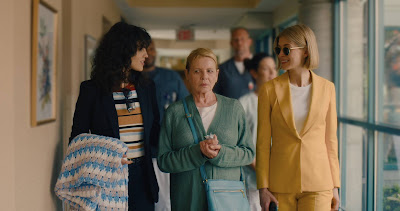 And so while I Care a Lot rightly exposes the deep decay of our bureaucracy and the failures of empathy that allow for Marla’s brutal empire to flourish in the first place, its greater trick might be its interrogative attitude toward those who would treat her as an aberration, a bug in an otherwise just and fair-minded system. She isn’t, and writer/director J Blakeson’s depiction of her eventual fate is incredibly loyal to that ethos. We’re not manipulated into feeling for her. We’re not told that what was wronged will be set right or that grandma will soon be back in the kitchen making us chocolate chip cookies. Our system is broken, and we need to fix it. But bad faith arguments that blame a flawed system for the opportunists who exploit it will always miss the point. Marla takes because she can. Because it doesn’t bother her. Because we let her. Who’s fault is that?
Posted by Patrick Bromley at 5:00 AM