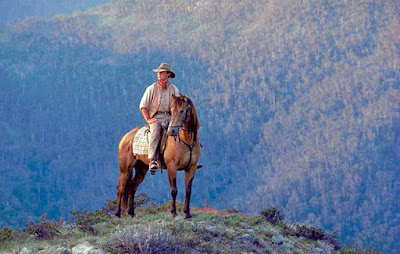 This one time at ranch camp…

I was a summer camp kid. More specifically, I was a ranch camp kid. Camp Calvin Crest was a Presbyterian church camp that had your typical cabins and A-frames in which kids of all ages lived for a week at a time. Meals were taken in the mess hall; blazing hot afternoons were spent in the swimming (diving board and water slide included); nights were spent around the campfire singing songs and telling stories. It was magical, and I look back on those days fondly. But that was normal camp. In 7th grade I started attending a second week every summer. Ranch camp was horse camp. Early mornings were for chores (scooping shit, filling troughs, and throwing hay). Meals were taken in a glorified lean-to where a different group of kids were on KP duty every day. Showers were taken in unlit, spider-infested, cinderblock bathhouses where the (only ice cold) water was high in sulfur content giving it a rotten egg smell. Nights were spent around the campfire before retiring to – I kid you not – covered wagons where bugs of the dark would buzz your ears all night, and one of the four people crammed inside the wagon was on coyote detail because those little rascals would sneak into the wagons and steal our stuff. And, of course, there was lots of riding. Sound horrible? It does to me now. But back then I had the time of my life. 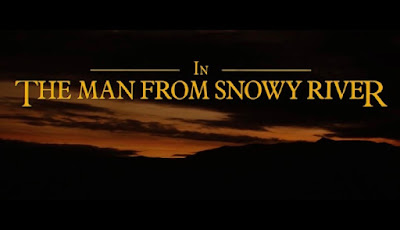 Obviously a person who would pay to spend a week shoveling shit and showering in smelly egg water and riding horses eight hours a day is obsessed with that sort of lifestyle. I was! I dreamed of owning my own ranch where I'd take in wild stallions and break them to be work horses. My favorite author was Gary Paulsen. I read books like Hatchet, Dogsong, and especially The Haymeadow over and over because I wanted to be an outdoorsman. And thanks to this re-watch of The Man From Snowy River, I discovered where my obsession started. Nostalgia came flooding back after having not seen it for over 30 years, and I'm thrilled to report that, while childhood memories partly fueled my enjoyment this go around, this movie is still great.

As kid, of course, I don't think I realized this was an Australian film (maybe I just forgot), and when I realized this was directed by George Miller I was excited to dive back in. Upon a quick IMdB search, though, my excitement drooped a little. This isn't Mad Max George Miller but Andre George Miller. You know the movie: Tina Majorino befriends a seal. Imagine my disappointment. But that sadness was quickly squashed as Snowy River went along. The other thing I never would've picked up on as a boy of six was that 1.) Kirk Douglas co-stars and, 2.) Kirk Douglas co-stars playing twin brothers.

The film follows a young man named Jim whose father dies in an accident. Jim is then forced out of his home by the landowner and turns to his father's peg-legged mining partner, Spur (Douglas role #1), for help who in turn gives Jim a horse and sends him on his way. An abrupt cut and a little confusion later Jim gets a job on a ranch owned by Harrison (Douglas role #2). He's tough but fair, runs a motley crew of ranch hands, and has a pretty daughter. What we're treated to, essentially, is Jim's coming of age as a young adult and his training to become a “manly man.” While I hate that phrase, there's no denying many movies of years past carried that theme and I still quite enjoy them. 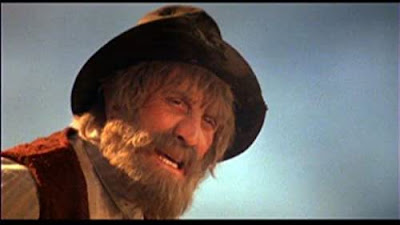 In both roles, Douglas shines. His turn as Spur has him hopping around on one leg and spouting off axiom after axiom. “There's more to life than death.” “A man without a horse is like a man without a leg.” “Don't throw effort after foolishness.” Douglas was 66 in Snowy River but by the way he moves you'd never know it. He's paired with Tom Burlinson as Jim, a pitch perfect performance playing a young man who just wants to earn his keep and develops a little courage and his own personality along the way.

While Douglas, Burlinson, and a cast of rowdy Australian character actors fill the story with enough male pride to last a lifetime, the real star of the film is the beautiful Australian landscape. Filmed at the foothills of the Victorian Alps (about 100 miles NE of Melbourne), the sweeping aerials and tracking shots during riveting horseback chases show exactly how breathtakingly beautiful this section of the country is. Every background is lined with acacia and numerous types of gum trees while the foreground shows the gorgeous detail of the sprawling ranch owned by Douglas #2. Truly a dreamland. 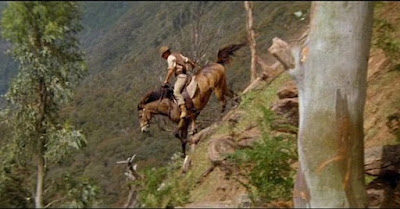 The Man From Snowy River is a perfect Sunday Afternoon Dad Movie (see my Letterboxd list for examples). It's a story about a boy becoming a man combined with a fairytale of two brothers falling in love with the same girl all encased in a Western. There's no clear villain we're meant to hate, and a mob goes in search of a pack of wild stallions treated like a band of outlaws. What more could you ask for?
Posted by Patrick Bromley at 5:00 AM