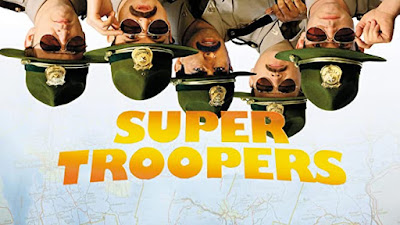 Winner of the Audience Award for Midnight Films at the SXSW Film Festival.

• Best Scene/Moment: The opening sequence where a couple of Troopers mess with three stoners on the highway. It’s a funny bit to kick off the movie and sets the tone nicely.

• Best Merch: A black light poster signed by every member of Broken Lizard for $149.99. What better accessory for a stoner movie than a stoner poster? 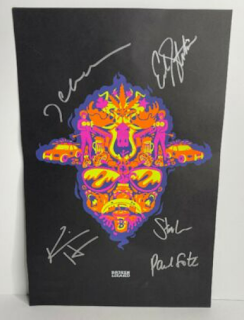 • Director Check: Like every Broken Lizard vehicle except for The Slammin’ Salmon (which was directed by fellow Broken Lizard member Kevin Heffernan), Super Troopers was directed by Jay Chandrasekhar, who also co-wrote and co-stars in the film. After the cult success of this movie, Chandrasekhar became a somewhat in-demand comedy director, also making 2005’s The Dukes of Hazzard and 2012’s The Babymakers and a ton of TV including episodes of Arrested Development, Psych, Community, New Girl, and The Goldbergs. Chandrasekhar’s next feature directing effort is 2022’s Easter Sunday, starring Jo Koy, Jimmy O. Yang, and Tia Carrere, which is due for release in April. Overall, I like his work as a director. The films of his that I’ve seen are shaggy but that suits the material, and his movies are often funny…except for Dukes of Hazzard, which is just bad, bad, bad.

• Mall Movie? Absolutely. Super Troopers is a cult classic/midnight movie/” boys will be boys” comedy adored by beer drinking college kids. The mall cinema is the perfect home for it. 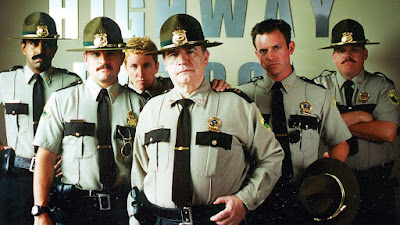 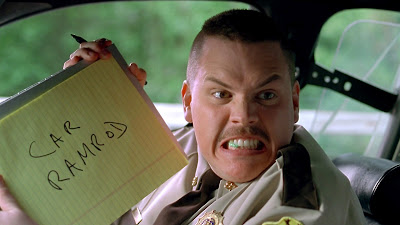 • What I Thought in 2002: I saw Super Troopers at just the right time (I was coming off my sophomore year in college) and thought it was hilarious. The movie became a DVD that was passed around my group of friends and turned me into a big fan of the Broken Lizard comedy troupe. Autobiographical aside: I remember seeing Broken Lizard’s follow-up (Club Dread) at my beloved Student Union and then immediately driving into town to see a late opening-night show of The Passion of the Christ. It was quite an evening.

• What I Think in 2022: Super Troopers holds up! I was pleasantly surprised to see how funny the film still is and that my affection for Broken Lizard hasn’t waned over the years and now is the stuff of nostalgia. I miss the days when they had a new comedy in theaters every couple of years. Super Troopers and Beerfest are my favorites of their work. I might have to do a Broken Lizard run now. I haven’t seen Beerfest, The Slammin’ Salmon, or Super Troopers 2 in a while (...been awhile). P.S. Kevin Heffernan should have become a John Candy-level comedy star.
Posted by Patrick Bromley at 5:00 AM