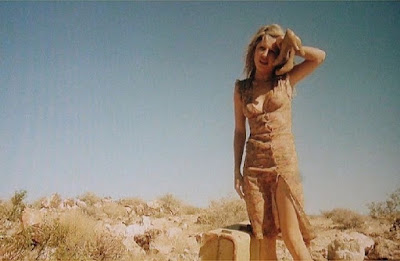 After all, why shouldn't I watch another movie about incest?

Fifteen minutes into Matt Cimber's Butterfly, I was all but convinced this was going to be the worst movie I watch for this series. And then something happened. I can't tell you what that exact “something” was, but while the film didn't get any better, per se, it got interesting. And by interesting I mean bonkers. Take, for instance, this exchange of dialogue between a man milking a cow and a young, promiscuous woman.

On second thought, maybe that was the exact moment where the film moved from being dull to melting my brain. 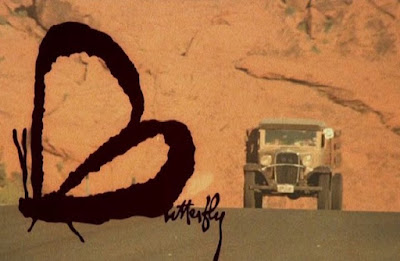 The history surrounding Butterfly and the people involved with the film are as interesting, if not more so, than the movie itself. The screenplay was written by John Goff, who wrote films I highly recommend like Drive-In Massacre (in which he also co-starred), Joyride to Nowhere (the lone directorial effort from Mel Welles), The Night Stalker (co-starring the Maniac Cop himself, Robert Z'Dar) and Bill Lustig's Hit List, among several others. The script is based on the novel written by James M. Cain, the classic noir author, whose works include, among others, The Postman Always Rings Twice, Double Indemnity, Mildred Pierce, and Out of the Past.

Butterfly stars the great Stacy Keach as a sexually repressed and strictly religious man who lives in the dusty foothills of the Nevada mountains where he works as the caretaker of an abandoned silver mine owned by the richest and most-feared man in the state. His daughter, played by Pia Zadora, the cause of my liquified brain, shows up at his doorstep and says she's his daughter. They, FATHER and DAUGHTER, strike up an affair, and as more is revealed about this young woman's life, Dear Old Dad starts to suspect her good-natured efforts to reconnect with her father are a cover for something more sinister. Other cast members include Lois Nettleton, Edward Albert, Ed McMahon, and Stuart Whitman playing a character not unlike the Jim Jones-esque role he played in Guyana: Cult of the Damned a few years prior. Also included is Orson Welles who, I have to assume, was offered a nice sandwich piled high with fatty, Italian meats and cheeses, a case of scotch, and a million dollars to come and work for three hours. Clearly inebriated, Welles plays a judge who presides over the court hearings of the incest charge against Keach's and Zadora's characters. Welles is so gross-looking and sloppy here that if you didn't know any better you'd have thought the filmmakers just found a homeless, drunk person out in the alley and told him to mutter some words while drinking on screen. 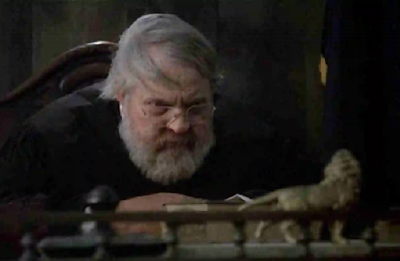 Zadora's husband at the time, Meshaulam Riklis, financed the movie for $3.5 million. We can all agree that the Razzies are the dumbest, meanest, and greatest waste of resources in the world, and while I put zero clout into anything related or pertaining to the Razzies, Butterfly was nominated for 10 of those awards. That means nothing to any sane person, but that sane person can also see that Butterfly is not good. Perhaps the most shocking thing about this film, though, is that while Zadora won the Razzie for “worst actress,” she was also nominated by the Hollywood Foreign Press Association for the Golden Globe award of “Best Female Newcomer.” Zadora would go on to WIN that award for her role in Butterfly OVER Elizabeth McGovern and Kathleen Turner. I could care less about awards for art, and in my opinion awards are the antithesis of art itself, but it is plain as day that Pia Zadora is very, VERY bad in Butterfly. As it turns out, Zadora's millionaire husband, who financed the film, flew several members of the HFPA to Las Vegas for a weekend getaway prior to the award ceremony. 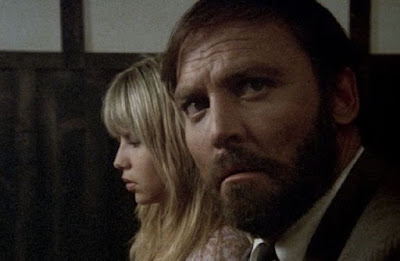 If Stacy Keach claimed Butterfly to be one of the biggest mistakes of his film career, I would hold nothing against him. On the other hand, Butterfly is anything but boring, cinema's worst crime. A score by the great Ennio Morricone, a hot, dusty and beautiful yet bleak setting, and an unsurprisingly remarkable performance by Keach make this film worth watching. If for no other reason, watch the film for the moment where Zadora melodramatically throws off her silk robe, emits a series of sexual groans, and steps into the horse trough bath tub, followed by a camera pan over to Stacy Keach, whose facial expression is screaming, “What the fuck was that?!?!” She is bad. This movie is bad. And I'll go so far as to say Butterfly is an unbelievable piece of shit that MUST be seen to be believed.
Posted by Patrick Bromley at 5:00 AM