Confession: I watched Lucio Fulci's Manhattan Baby for the first time in 2020 and thought it was boring. I had no plans to revisit it in the future, but I remember a semi-recent tweet from Patrick where he praised the movie. When I sat down to figure out what two movies I needed to write about this week I realized two films from el maestro, both set in New York, were released in the year of my birth. So I prayed to the Italian gore gods I was wrong about Manhattan Baby, and guess what? I was wrong. June 2020 was early on in the pandemic, end-of-the-world depression was new for me, and cynical movies weren't helping. So I'm happy to report I enjoyed Manhattan Baby doubly as much as I did the first time. 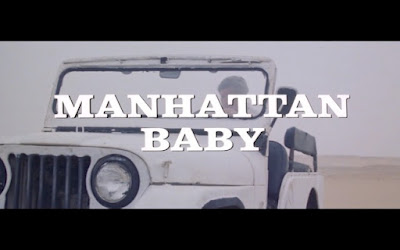 Manhattan Baby opens in Egypt where an archeologist unearths ancient artifacts, upsetting a god who then blinds him. The whole family tags along and his daughter ends up with a cursed medallion. Back home in New York City, strange things start to happen; the children disappear; bloods leaks from orifices blood usually doesn't leak from; people die. Confused? Sound illogical? Logic doesn't exist in a Fulci movie. And, as a matter of fact, out of the 10 Fulcis I've seen, Manhattan Baby has to be the least logical. That's saying something when you have a film like The Beyond in your catalog.

Christopher Connelly plays the archeologist/father who goes blind and then gets his vision back after the evil spirit brought back in the medallion shoots lasers at his eyes. (Just go with it.) I can't help think Connelly is only a stand-in for who Fulci really wanted in this role: Christopher George. Not only do the two men look alike, they also sound alike and their mannerisms are similar. His kids, one of which is played by the infamous Bob from The House by the Cemetery, are insufferable. This is Italian horror, though, and one of the rules of Italian horror is that children must be the most annoying creatures that ever existed (see Beyond the Door). And like in most of his films, Lucio himself appears here as Dr. Foster, and in our next film as the chief of police. 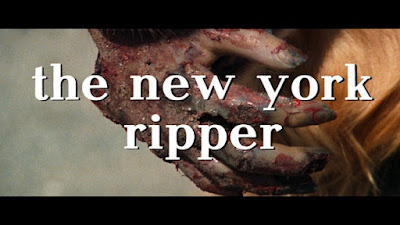 My third favorite Fulci (after Zombie and City of the Living Dead) is The New York Ripper, one of the most mean-spirited movies you'll ever see. Being obsessed with '80s cop movies, I love knowing Ripper falls right into Neon Badges territory. Our cop, played by Jack Hedley, another Christopher George substitute, is on the trail of “The Ripper,” a killer of women who also likes to make taunting phone calls using an unmistakable duck voice. While most procedural cop movies focus on the motive of the killer, Ripper gives us some of that delightful Italian non-logic as far as motives go. We're gifted a non-ending. Many people make the argument that Fulci was misogynistic, some even saying he hated women. If Ripper was their only indicator about Fulci's feelings towards women, you'd have no argument from me. The killer specifically targets women, which, in and of itself isn't misogynistic. But when the medical examiner is examining a victim who was stabbed in the vagina, we get a line like, “He stuck it up her joy trail.” Another instance, a woman is murdered – stabbed in the nethers with a broken bottle. Almost every man besides our lead detective is a piece of shit. And maybe the most memorable line comes while another woman is being sexually assaulted in a pool hall and one of the men in the bar says, “Morales got silver toes.”

Since this is a Fulci movie, we get some extreme violence (on top of the vaginal mutilation). Every time the killer stabs someone, they not only stab but proceed to saw the wound. Fulci makes a point of showing this several times; another indicator that the killer (Fulci?) hates his victims (women). Simply stabbing them isn't enough. Then we have our signature Fulci eye trauma. While a woman is tied to a bed, the killer drags a razor blade across her chest, and Fulci makes sure we see the blade slice right through the nipple. Then the killer moves up to the face and slowly drags the blade down through the eye, all while the camera is as close as possible. You're asking: Why in god's name do you like this movie so much? As brutal as it is, it's still an exciting '80s cop movie! Hedley looks at everyone in the movie with such contempt I'm almost convinced he didn't want to be there in the first place. After shooting someone he is expressionless and you almost expect him to lazily toss a cigarette in his mouth, roll his eyes, and walk off screen. Whether that's Hedley the actor being miserable or the character of a hard-boiled, desensitized NYC cop, it works and I love it.

It's a pleasure to see all the photography of New York City in this time period. Manhattan Baby spends much of the time in Central Park at the softball fields and around Bethesda Fountain. In Ripper, we open on the Staten Island Ferry and then spend the rest of the time on the deuce and around Times Square. We see a live sex show on 42nd Street, and dozens upon dozens of marquees showing porno and grindhouse movies on the same strip. Fulci's love for these types of movies lives on his own work, and our love for Fulci will live on at F This Movie!
Posted by Patrick Bromley at 5:00 AM