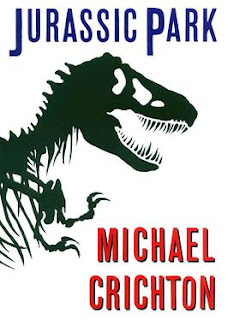 In which life (and Spielberg) finds a way.

In his 2016 Godfather Notebook, Francis Ford Coppola offers a voluminous account of his work adapting Mario Puzo’s 1969 best-selling novel for the screen. Overflowing with behind-the-scenes photos, coffee-stained character notes, and early story treatments, The Godfather Notebook catalogs nearly every aspect of Coppola’s early creative process. The centerpiece is an annotated first draft screenplay interspersed with pages ripped directly from Puzo’s work, which Coppola kept close at hand in order to maintain as much of the book’s essential energy as possible. Things had to be cut, of course — much of Puzo’s story follows characters like Johnny Fontane and Lucy Mancini, who are featured only briefly in the final film — but Coppola and co-screenwriter Puzo understood where and how the sprawling Corleone family saga could be streamlined into a functional cinematic epic. This process of adaptation is always a delicate one; film and literature are vastly different media, and this series will aim to dissect how the great ones came to be.

First up is Michael Crichton’s 1990 techno-thriller Jurassic Park, another in a long line of airport paperbacks in which the author details the catastrophic consequences of scientific ambition. Like The Andromeda Strain, Congo, and Westworld, Jurassic Park outlines the limits of control in complex systems and the moral imperatives that humans ignore in pursuit of discovery. It begins in Costa Rica, where a series of fatal attacks by unidentified, chicken-sized lizards coincides with the EPA’s investigation of eccentric entrepreneur John Hammond, whose aggressive purchases of land, engineering systems, and amber are raising some regulatory eyebrows. These roads converge on paleontologist Alan Grant, who identifies curious anomalies in the lizard remains just as Hammond offers him and graduate student Ellie Sattler a massive grant to consult on a biological preserve he’s building off the coast of Costa Rica. With experts and lawmakers closing in, it’s now or never: The embattled Hammond must finally introduce the world to Jurassic Park. 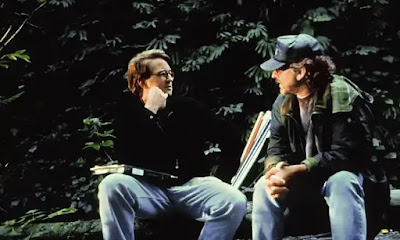 Grant and Sattler are joined by Donald Gennaro, the lawyer representing Hammond’s InGen corporation. Long believing Hammond to be a boisterous snake-oil salesman, Gennaro is tasked with observing the park operations and reassuring the InGen board that its founder isn’t dragging them through an expensive legal minefield just as their chief competitor, Lewis Dodgson’s BioSyn, is catching wind of their latest genetic miracles. Closing out the party is Texas mathematician Ian Malcolm, a self-involved “rockstar” theoretician who insists from the jump that Jurassic Park is unsustainable. Through droning, chapter-long invectives, Malcolm argues that chaos theory (and his patented Malcolm Effect) have already shown mathematical proof of total system collapse before even a single ticket is sold. Landing on Isla Nublar, the group is met by public relations manager Ed Regis, game warden Robert Muldoon, and chief geneticist Henry Wu, all of whom are eager to see if their five-year investment will pay off as Hammond promised.

Though eagle-eyed fans of Steven Spielberg’s Jurassic Park may have noticed only a few minor differences so far, the 1993 film’s (co-written by Crichton and David Koepp) emphasis on finely-crafted set pieces and special effects breakthroughs distinguishes it from its source material in nearly every conceivable way. Crichton’s characters arrive on the island with evidence that dinosaurs have already escaped the park and spend most of the novel dissecting each procedural safeguard that Wu and operations manager John Arnold introduce. The dinosaurs, in fact, are almost entirely incidental, serving mostly to punctuate or disprove a theorem presented in the preceding pages. Book Hammond is more Jordan Belfort than Walt Disney, a greedy and opportunistic huckster who rages against philanthropy and government overreach. He brings his grandchildren to the island not to demonstrate the power of his attractions but to make himself more sympathetic to his accusers. Crichton’s Jurassic Park is not about the wonder; it’s about the warning. 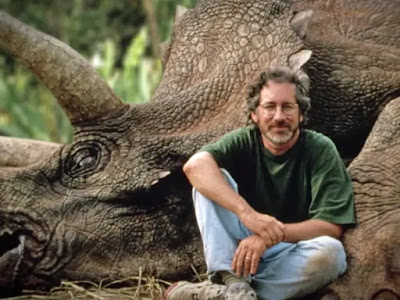 Crichton fans understand, of course, that the late author was never much concerned with scale, characters, or dramatics. His writing is functional and expositional. His novels are mostly argumentative screeds that introduce a theory in the opening pages and wait around until each character comes around to his self-evident conclusions. What’s funny in Jurassic Park’s case, however, is that there’s more action in the book than in Spielberg’s film. Some of these bits, like the aviary attack and the T-rex’s river assault, found their way into sequel films. Others, like Grant’s fist fight with a velociraptor, were excised entirely. But Spielberg’s power lies in imagery and staging, which are far more immersive and character-based: The rex’s attack on the tour isn’t as exciting without Lex’s shaky flashlight or Malcolm’s misguided sacrifice. Nedry’s death at the hands of the spitter loses weight without his futile attempts to play fetch. Spielberg understood that action reads differently on screen than it does on the page, and that less can be (and often is) more.

Spielberg’s thematics are also far more attuned to the sensibilities of blockbuster filmmaking. Crichton’s Grant is a widower who loves kids. Sattler is marrying “a very nice doctor sometime next year.” Hammond and Malcolm die on the island. Crichton even resolves the dinosaur danger with time to spare and spends the last few chapters on an investigation of raptor migratory patterns. It’s clinical. Scientific. On the other hand, as designer Mike Hill argues, Spielberg’s Jurassic is an allegory for parenthood: Grant hates children but must prove to Sattler that he is ready to have a family. The couple examine an ultrasound, witness a live birth, and learn about the reproductive process before Grant is forced to lead two children through unimaginable dangers and return them safe and sound. Hammond and Malcolm (dressed in white and black, respectively) symbolize hope and doubt, angels and devils. Whereas Crichton’s ending — velociraptors escaping to the mainland — is dire and foreboding, Spielberg’s ending is awe-inspiring and cathartic. 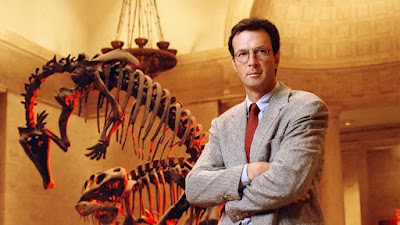 So in the end, Jurassic Park is mostly a case of apples and oranges, two works with very different goals. Crichton’s novel appeals more to the intellect, with Grant, Wu, and Malcolm (clearly the author surrogate) filibustering at length about cutting-edge mathematics and conjectural biology. Prelude characters like Bobbie Carter and Marty Guitierrez illustrate issues plaguing modern research practices (mishandling samples and misdiagnosing evidence), which feeds Crichton’s already scathing cynicism about the future of science. His heroes are powerless when they leave the island (which is promptly firebombed), with none of the perpetrators living to learn from their mistakes. Spielberg, though clearly interested in Crichton’s ideas, front loads these debates so that audiences can focus on spectacles that speak to our hearts. His heroes survive, overcoming their obstacles and trading massive hubris for the wisdom of experience. Regardless of which tone you prefer, Jurassic Park remains one of finest examples of adaptation in modern Hollywood history.
Posted by Patrick Bromley at 12:00 PM