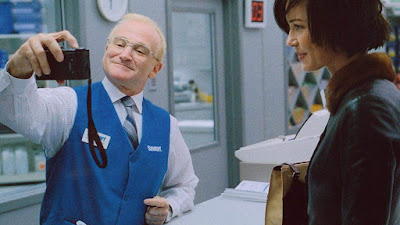 • Best Scene/Moment: Every scene between Robin Williams and Gary Cole.

• Best Song: There’s not a lot to choose from since most of the music in One Hour Photo is smooth jazz or score (by Reinhold Heil and Johnny Klimek). It’s effective for the movie, but this is one of those rare occasions I don’t have an answer for “Best Song.”

• Best Merch: This is a cool item. You can get a replica of the blue photo bag that Robin Williams’ character takes to work for only $39.99. This is one of the better “Best Merch” items highlighted in the 2K Replay series over the years, mainly because it’s not that expensive. 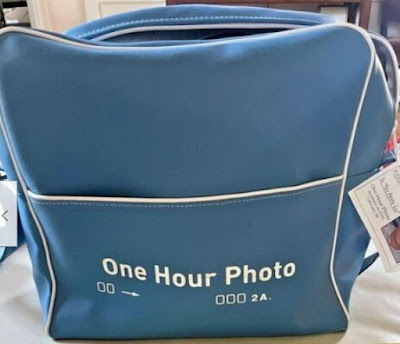 • Director Check: One Hour Photo was written and directed by Mark Romanek, who has had an interesting career. He debuted with a feature film in 1985 called Static, which starred Keith Gordon, Amanda Plummer, and Bob Gunton. Then he didn’t make another movie until One Hour Photo. In between, Romanek directed many music videos for artists such as En Vogue, Nine Inch Nails, Michael Jackson, and Fiona Apple. One Hour Photo was a modest indie hit in 2002 after debuting at the Sundance Film Festival earlier that year. After One Hour Photo, Romanek primarily directed music videos again this time for artists like No Doubt, Red Hot Chili Peppers, Johnny Cash and Jay-Z to name a few. His most recent feature was 2010’s Never Let Me Go starring Andrew Garfield, Carey Mulligan and Keira Knightley, which I remember being pretty good. Romanek went back to directing more high-profile music videos and video shorts after Never Let Me Go. It says on IMDB that he’s in pre-production for a new movie that he’s co-directing with Alexandre Aja called Mother Land, which will star Halle Berry. I hope it happens.

• Year 2002 Movies to Trailer Before It: Abandon, Death to Smoochy, Swimfan 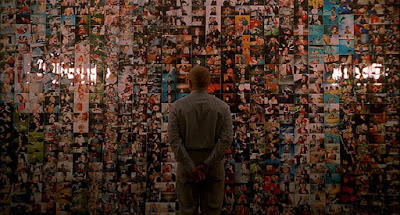 • Mall Movie? I’m going to say yes on this one because it primarily takes place in a large Walmart/Target-like retail store and that feels mall adjacent.

• Only in 2002: Robin Williams’ all dark/villain characters year, which consisted of Death to Smoochy, Insomnia, and One Hour Photo. He did some great work in 2002. Maybe not in Smoochy but definitely in the other two movies. 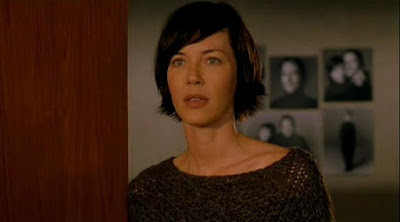 • What I Thought in 2002: I liked One Hour Photo when I saw it in theaters back in 2002 and it’s a movie I always meant to revisit but just never did for whatever reason. I’m a Robin Williams fan in general but when he digs into a dramatic character it’s special since he can so effectively disappear into a character.

• What I Think in 2022: I feel pretty much the same as I did in 2002. One Hour Photo remains a creepy, memorable thriller with a standout lead performance at its center. I wish we still got movies like this in theaters (i.e., Sundance debuts that find some traction in their mainstream release), but now even the biggest Sundance hits mostly fade into cultural obscurity on streaming services. It’s a shame.
Posted by Patrick Bromley at 5:00 AM