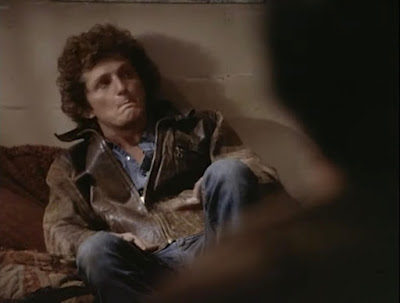 After the most peculiar and unbelievable adolescence as a child evangelist traveling the country on the tent revival circuit, followed by an attempt at a “normal” life with a nine-to-five, wife, and baby, Marjoe Gortner decided to follow his dream of being a rockstar. With the sudden popularity of the documentary called Marjoe, which propelled him into the National zeitgeist (albeit for a brief moment), Gortner got out of the preaching business and recorded his first and only musical album titled Bad But Not Evil (a line he says in the documentary). His stage antics behind and in front of the pulpit showed that Gortner had the ability to be a Mick Jagger-type, and could certainly hold the attention of and captivate people all over the country. But alas, the album didn’t take off (I really love it, but that’s besides the point), and Gortner took the other fork on his dream road. He became an actor.

He first made his foray into Hollywood through the made-for-TV movie. As John Harrison writes in his book titled Wildcat! The Films of Marjoe Gortner, “The early-seventies was a fertile period for crime and police/detective shows on American television.” Enter Abby Mann, the writer of films like Judgement at Nuremberg and Report to the Commissioner, but who had really made a name for himself on the boob tube. In the early '70s, Mann created a character called Kojak, a New York City detective whose swagger and style alone got him further in his investigations than most cops. Kojak first appeared on television in the 1973 feature-length pilot of a planned television show. The initial made-for-TV movie was called The Marcus-Nelson Murders, and it was based on the real life case known as the Career Girl Murders that would be the impetus for the creation of the Miranda Act. 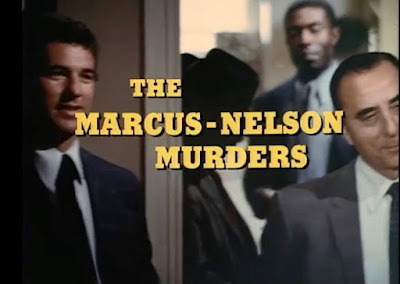 Like the actual case, the movie opens with a POV shot of a prowler sneaking through an apartment, eventually coming upon a woman fresh out of the shower, then sexually assaulting her and ultimately killing her ('70s television, everybody). When her roommate enters and discovers the crime, the same thing happens to her. As the police are investigating a third sexual assault, they spot a young black man on the street named Lewis, pick him up, and eventually coerce a confession out him. Theo Kojak, played by the suave and debonair Telly Savalas, has his doubts and starts his own investigation. This eventually leads him to a junkie named Teddy (Gortner). Knowing Teddy from past minor crimes and having a positive report with him, Kojak plays cool and we watch Teddy in his day-to-day life. When one of Teddy’s dealers agrees to wear a wire, Teddy is caught confessing the whole thing while strung out on the couch, and the charges are then reversed on Lewis and put upon Teddy. The movie ends in an unexpected manner with the third assault victim refusing to admit this black man WASN’T the one that assaulted her, forcing another trial and Lewis wrongfully being imprisoned again. 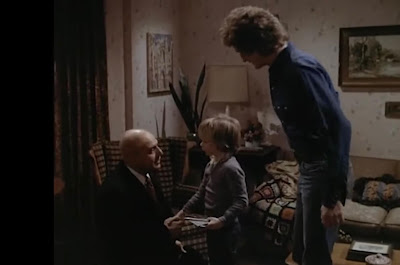 For a TV movie this is quite long at over two hours. That said, I grew up watching reruns of Kojak and new Kojak specials starring the Greek God of Cool Savalas, I love '70s crime films, I'm a sucker for cop TV, and hello, Marjoe. I love it when TV shows have feature-length pilots (hint for part three of this mini series). There’s an unmistakable yet unnamable quality to a movie made specifically to air on primetime network television. Add to that a time period where this concept was brand new, and filmmakers were experimenting with how far they could push things. It truly was a perfect storm. Something we don’t see now with “extended” pilots is that usually a certain number of episodes have been ordered, thereby giving writers’ rooms and producers the space to breathe and not worry about tying up any loose ends by the end of episode one. In 1973, Abby Mann said, “Here. Take this entire crime film. Put it on CBS on Thursday night. After that maybe we’ll make it into a show.” That’s the Wild West of television programming, folks (another hint for part three). 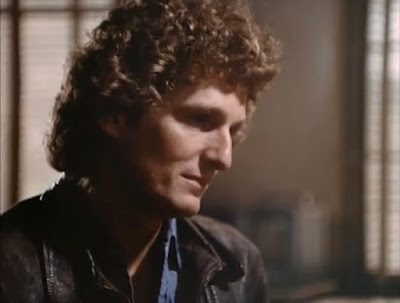 With The Marcus-Nelson Murders being Marjoe’s first acting gig, it’s quite remarkable how well he stands up with the likes of Savalas, Jose Ferrer, Ned Beatty, Lorraine Gary, and Allen Garfield. These are true blue cult actors in the prime of their career, and here comes this new guy with a swagger that matches Savalas’s (albeit at the other end of the cool spectrum). As he did for the rest of his career, Marjoe’s presence on screen commanded your attention. From his unique good looks, the timbre of his voice, and the coolness he exudes, Marjoe is as much a star here as Savalas. It’s no wonder he got steady work for the next 10 years after this initial performance.

Marjoe Gortner is a one-of-a-kind screen presence; unforgettable and consistently magnetic. Being a major part of (re)launching the career of Telly Savalas and his becoming Kojak, a beloved American pop culture figure, is not a coincidence. There are very few actors with Marjoe’s qualities that could have played the part of a lovable junkie suspected of raping and murdering several women. But that’s Marjoe for ya.
Posted by Patrick Bromley at 5:00 AM