Return of the Grab Bag 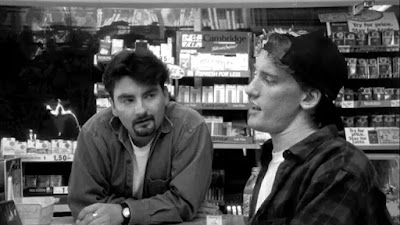 Back in 1993, McDonald’s had the OG Jurassic Park tie-in (remember Dino Sizing your meal?) but they were like “Ugh! Burger King, you can have that sh*t” when it came to The Lost World: Jurassic Park. These watches are alright especially the one with the moving Velociraptor eye. It’s cool that BK offered you four different watches so you can choose which one you’ll be checking to see how much longer there is left in The Lost World. This might just be me being an easy mark for the Jurassic logos but, if I’m being honest, seeing it on a BK cup and fry container make me want to re-watch The Lost World even though I know from countless tries that I don’t like it.

On the topic of Jurassic Park, I love this 1993-set business report about Park’s box office. The dinosaur on his chart looks way more like a frog with sharp teeth. It’s hilarious! I wish this was the way studios actually calculated their balance sheets; those would be fun meetings! I wonder if that guy calls it “Batman 1” in his everyday life. Also, woah on that African countries shade at the 4:06 mark with the headline that reads “Poorer Than the Movie.” The ‘90s were a different time.

Speaking of news, I love this San Diego-based news report covering the opening day of Batman Forever. I have a lot of thoughts. 1) Man, I wish I was there. Those people are cool for going to a 3am showing! 2) Those two guys are tools, but that woman is an angel. I progressively fell more in love with April as the news story went on. What a lovely smile. 3) Michael Keaton is not a wimp! 4) Why is the anchor at the 3:25 so impatient? She waved her hand and demanded to know “What’s this about?!” Calm down, lady. This is Forever. Bad vibes need not apply, know what I’m sayin’. 5) Don’t call Dr. Chase Meridian a “hussy.” It’s impolite. She’s more a lady in the streets but a freak in the sheets if you forgive my ‘90s parlance. 6) Why is the other anchor so fixated on the popcorn? He’s like - Who had it? Who wants it? Who needs it?

Hardees probably wasn’t first in line for movie fast-food tie-ins at any point in their history, so it’s charming they had Days of Thunder toy cars back in 1990. Those cars and Days of Thunder cups are pretty sweet! Wait a minute? Didn’t Days of Thunder have a scene where Tom Cruise and Nicole Kidman were in bed and he was driving a toy car on her legs? Did they go to Hardees!? Never mind, they were packets of sugar. Dude probably swiped those from Hardees too.

I Don’t Get It

First, according to Google, Leslie Jordan is currently 67 years old, which would have made him about 37 when he shot this ad. That’s…how?! He looks at least 50 already here. Second, I want a PVT dog! This one rules. He just wants to watch Pet Sematary! Is he hinting that he hates this family and wants to die so he can come back and kill them? This dog is hardcore! Third, I like how this video store only has Paramount movies. I’m so glad that’s not how video stores worked. Why did The Naked Gun 2-1/2 previously viewed tapes need their own ad?

Did This Directly Inspire Clerks?

I could watch 10 hours of this teenager vamping it up at his local video store. He reminds me of Randall (Jeff Anderson) from Clerks. Back to the Future III (“Too confusing. But a good movie for a Tuesday night”) makes me laugh every time. I wasn’t’ ready for the Freddy Krueger/smeared in blood “Be Kind Rewind” graphic at the end. Poor Tina.

I Can’t Wait for Flashback Weekend

Flashback Weekend 2022 is almost upon us! I’m very excited. Here’s a clip from one of the oddest, funniest panels I’ve ever attended at the convention, where our friend Heather Wixson moderated a Q&A with five actors who played Jason Voorhees in the Friday the 13th series. The MVPs were the late, great Steve Dash (who was just consistently funny throughout) and Ted White (who made us all very uncomfortable with his Tony La Russa energy). Just watch. I don’t want to spoil anything.

Have any fun random movie-related clips you want to share? Leave them in the comments!
Posted by Patrick Bromley at 5:00 AM