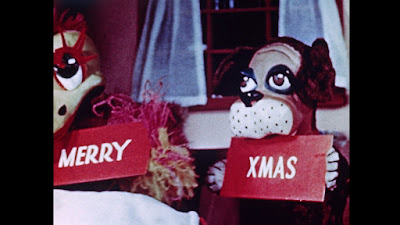 Embrace short form cinema. Live it. Love it. Learn it.

Even though I ranted a couple months ago about ranking art, here we are. As of this writing I've watched 114 short films this year. These are short films by Letterboxd's criteria, which is less than 40 minutes in length. Earlier in the year I discovered the genius of Stan Brakhage, the avant-garde filmmaker whose body of film work consists of over 360 films, most of them shorts, and many of them under 60 seconds. While most of the Brakhage I watched this year were his shorter pieces where he would paint directly onto the film or literally scratch each frame, the one film of his on this list is a documentary, but consider it the catch-all for all the Brakhage films I watched and loved in 2022. Before jumping into the list, I want to encourage people to watch more short films. There are some beautiful works of art out there from brilliant filmmakers that are less than 10 minutes long. Instead of saying, “Tonight I'm going to watch this 150-minute movie,” substitute a handful of short films instead. One of these would even end up on my official list of 10 film discoveries, but I felt like the short form deserved its own list. So without further ado, in alphabetical order, my 10 favorite short film discoveries of the year... 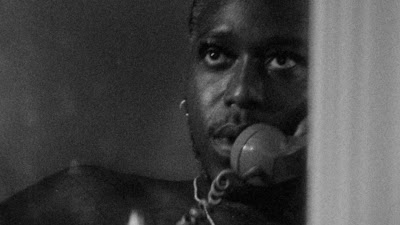 Shot in black and white and starring writer/director Brontez Purnell, we observe a young, gay, black man on the telephone with an unidentified friend in an unidentified city during an unidentified era (era). The one-sided conversation covers everything from his hundreds of past lovers, his fear of getting HIV, his drug use, and a particularly funny anecdote of him stealing a pair of Levi's. As the camera pulls away after the shoplifting story we see the young man soaking in the bathtub in order to shrink-fit his stolen denim. At less than 10 minutes it's surprising how fast you fall in love with the character Purnell is playing while belly laughing along the way. 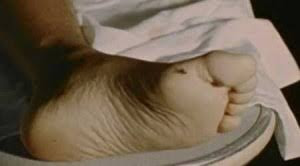 After watching this earlier in the year I declared it to be the most disturbing movie I'd ever seen. Ten months later, I still stand by that statement. This is a documentary showing the graphic nature and work of pathologists in the Pittsburgh city morgue. I have seen plenty of dead bodies in my day, including a dozen lined up on gurneys in a morgue. What I haven't seen is the removal of organs, the almost flippant way these doctors deal with cadavers, and the grotesque details of the human body most never see. From bodies ravaged by disease to bodies ravaged by fires and car accidents, I had to keep reminding myself that, while what I was watching was absolutely real, these bodies were just that: bodies. Meat. Soulless vessels. This film is not for the faint of heart, yet it's one of the most mesmerizing and beautiful pieces of art I've ever seen. While also being the Brakhage catch-all film, this is the one short that would be included in my official 10 discoveries of the year. 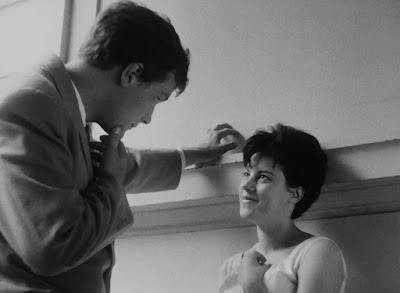 While 2022 was the year of Marjoe and Brakhage for me, I also took my first dip into the French New Wave. As the first of Romer's Six Moral Tales, "La Boulangere de Monceau" is an adorable, beautifully-told, and heartbreaking tale of young love. A man (played by future director Barbet Schroeder) becomes obsessed with a beautiful blonde woman he sees every day on the street and begins following her. While waiting for her to emerge from her office, the young man stops at the bakery across the street and orders a pastry from the bakery attendant, a cute yet homely-looking young woman. Eventually, after spending so much time and money at the bakery, the young man and woman from the bakery develop an innocently romantic relationship. It's very cute and I challenge any person not to fall in love with the bakery girl. 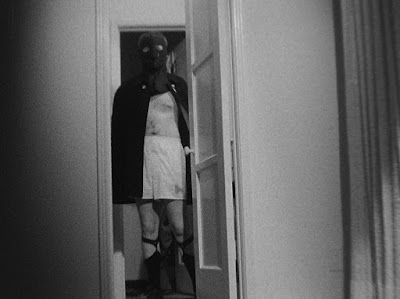 Everyone always talks about Dark Star (1974) as Carpenter's first film, but let's not forget, most filmmakers begin their careers in short form. Carpenter is no exception. Very cheaply-made with hand-written titles, the story follows the titular Captain Voyeur as he goes from window to window in a Blood Rage-esque neighborhood. Carpenter obviously takes this idea and uses it as the opening of Halloween (1978), but here we see how goofy the Master of Horror can be. 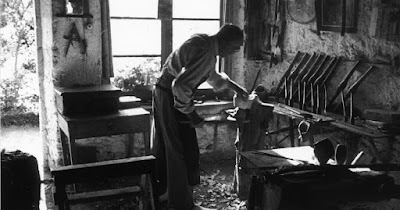 What I thought was going to be a slog turned out to be one of the most touching and unforgettable films I watched all year. Arguably a director of La Nouvelle Vague, Demy has directed films many consider to be masterpieces, including The Umbrellas of Cherbourg (1964), The Young Girls of Rochefort (1967), Bay of Angels (1963), and one of my all time favorites, a non-French offering from Demy, Model Shop (1969). "La Sabotier" is a documentary about Demy's father, Yves Demy, and his work as a clog maker in a small French village. We see the old man wake up early, eat breakfast with his wife, catch up on village gossip on his way to work, and the stunning craftsmanship that goes into his hand-carved wooden shoes. I was absolutely floored and brought to tears by the sheer love for his father Demy shows in this beautiful little film. It's a true love letter. 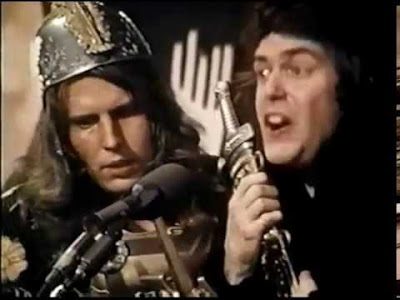 Comedy troupe Firesign Theater was first brought to my attention by the late, great Mike McPadden. In the past I've tried to listen to some of their records, but their brand of comedy is just too weird and doesn't translate well over audio for me. But, when I saw that "MSP" was on YouTube, I had to watch it. Consider me a full-fledged fan of Firesign Theater now. "MSP" is a live recording of one of their, for lack of a better term, skits, about a news team covering the 1972 National Surrealist Party Convention that keeps getting interrupted with news breaks from the President's denial of entry to Monster Island. It's as weird as it sounds. It's also one of the funniest things I've ever seen. Each player is playing several different characters, sometimes trading lines with themselves, and it's one of those things where you just know everyone is having a great time. 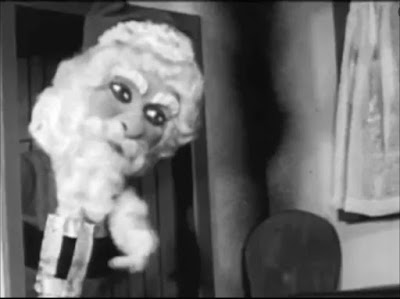 The oldest and also the most recently watched film on my list. It was the first day of Christmas break, I woke up early, came out and turned on TCM, and caught the end of one of their Christmas marathon movies. My boys came to the living room, rubbing their eyes, trading morning pleasantries, and cuddled up on the couch with me. Then, as they're wont to do, TCM played a short film during the commercial break. This short film, "Santa in Animal Land," turned out to be one of the most fucked up things I've seen all year. My boys both stared at the television, mouths agape. I considered turning it off. Eben (10) says, “What the hell is this?” Rowen (5) says, “Dad, this is kind of scary. But don't turn it off.” I posted on social media that I had just watched this super weird short and Ben Cheeves, programmer at TCM, messaged me and said, “I programmed that!” I told him about me and the boys and he said, “Haha!! Glad it could bring your family together.” It's nine minutes of some of the creepiest puppets you'll ever see with some of the creepiest vocal characterizations you'll ever hear complaining that Santa never brings them toys. So what do they do? They go find the big guy and ask him why he never comes to Animal Land. Hopefully it'll bring your family together like it did mine. 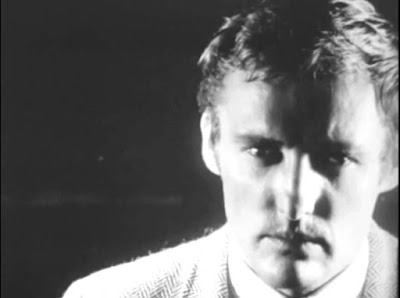 Several of Warhol's infamous screen tests can be found on YouTube. Many are awkward, some are funny, but none hypnotized me like young Dennis Hopper brooding into Warhol's camera. Hopper is a tragically mesmerizing character anyway, but here we have him at 28 years old, three years after Night Tide, five years before Easy Rider. I could not look away from his eyes; eyes that held so much passion and artistic genius; beautiful eyes. Take an hour one day and watch a handful of Warhol's screen tests. They're fascinating, silent, windows into the human soul. 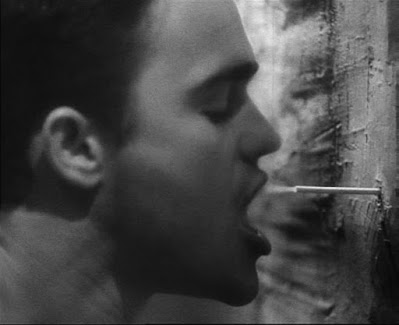 When people talk about one and done directors, the go-to is always Charles Laughton and The Night of the Hunter (1955). There's also Herk Harvey and Carnival of Souls (1962), Barbara Loden and Wanda (1970), and Marlon Brando and One Eyed Jacks (1961), among several others. But one name that I've never heard mentioned in that conversation is novelist and playwright Jean Genet. In 1950 he directed his lone film about two gay men in solitary confinement in a prison, and their odd yet sensual way of communicating with one another. Strikingly beautiful in direction and story, Genet directed, wrote, edited, and designed the film himself. It's always tragic to think about what these artists could have given the world behind the camera if they were given more opportunities. 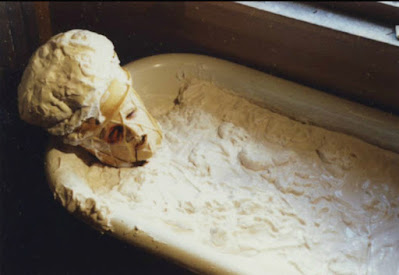 The most baffling film on my list. Consider, if you will, Martin Scorsese directing a mafia movie. Not that one. Or that one. Or that one either. No, what if it was about an ice cream man whose right hand man was David Caruso, and was being forced out of business by an artificial substitute? But the ice cream was a literal man made out of ice cream. And his rival, the one pushing the artificial ice cream, is called Don Tofutti. This is an actual movie and you can watch it right now on YouTube. And yes, David Caruso is in full King of New York mode. Un. For. Gett. Able. It is humanly impossible not to think about this film every day after you've seen it. I didn't know if I was supposed to laugh (you should) or be confused (you should) or just go along for the ride that is "Swirlee" (you should).
Posted by Patrick Bromley at 5:00 AM