Thanksf'ing #6: Five Movies for Which Erika is Thankful 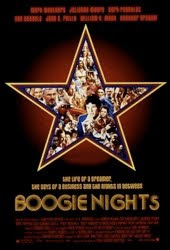 1. Wuthering Heights (1939) - My early introductions to film came from my family, and some of the titles were in the classic tradition of “First Movies for Young Children” -- aka Disney films. I’m pretty sure I, like most others, cried during Bambi. Like many other children of the '80s, I graduated to Annie and E.T. But I did not quite fit in with the rest of the elementary school set when it came to the other film I watched weekly: Wuthering Heights (0ther grade-schoolers were not crying at Heathcliff’s sorrow or the heartbreaking way that money and circumstance kept two people in love apart). My mom loved this film, and whenever she suggested a movie to me – even when I was very, very young – I took the suggestion as an important ‘event’ of which I could not miss. This was before buying movies to own was common, so if an important (or fun) movie was going to be on TV, my family was all over it. Or, in front of it. (I still have the TV recording of Grease from when it aired in 1980. Yes, I was a baby. But my mom had the foresight to know that in just a couple years, I’d want to watch it every week.) My mother recorded Wuthering Heights, and I watched that VHS tape repeatedly for nearly twenty years. When I was in college, I bought it on VHS; I’m still waiting for its release on DVD. Or Blu-ray. I’ll take it however I can get it! I still hear the music playing at the ball when Heathcliff enters as a wealthy man; I still hear the whistling wind that brings Cathy’s spirit back to the farmhouse; I still feel the pain as Heathcliff is made a servant because of his social/economic status; I still see the aching in Heathcliff’s eyes as he thinks of Catherine. This movie has never left me.

2. Hairspray (1988) - I liked Adam Shankman’s 2007 remake (I’m not a total snob… I can like more than one version of a story) quite a bit. It was the last film I saw in the theater with my grandmother, Pearl. She loved movies and passed down that love to my mother and to me. My grandma LOVED it, and we had a great time at the theater. For that, Shankman’s film will always hold a special place in my heart. But John Waters’ 1998 film was more than fun to me when I first saw it – it was an introduction to the Civil Rights movement, Beatniks (I really wanted to wear black turtlenecks and read poetry), music history, and The Sixties. Thanks to my Aunt Lori, I got a bootleg copy of this film and watched it repeatedly (Ghostbusters and Can’t Buy Me Love, two of my other childhood favorites, were also on this bootlegged VHS. It was fantastic!) I still remember my mom showing me '60s dance moves and both of my parents explaining to me why so many talented, popular African American music artists ended up penniless at the end of their careers… Did Hairspray influence my passion for equality and fairness?

3. Goodfellas (1990) - See Mike Pomaro’s list. He got it all right. (But I think he forgot to elaborate about the soundtrack…)

4. Boogie Nights (1997) - When I worked at Blockbuster Video (one day, that statement will not make sense), a small number of people refused to rent this film because – NO! – it dealt with some ‘adult’ situations. That’s too bad. Paul Thomas Anderson owes a lot to the directors who inspired him (in 1997, I kept thinking, “Scorsese” when I saw Boogie Nights in the theater), but that’s a good thing, because every choice in the movie is the right one. The story is about so much more than the posters let on, and the performances are more complex than the Academy Awards left us to believe (in the Academy’s defense, 1997 was an strong year for American films). I was entranced and moved by the lives of these characters; their desire to belong and to prove themselves worthy made them relatable and sympathetic. Who knew a story set to the backdrop of the pornography industry could be both heartbreaking and heartwarming? And thanks to Boogie Nights, I had a great Halloween costume one year in college. For one entire day, I never took off my skates.

5. Notting Hill (1999) - My husband and I were just friends when this movie came out. We liked it. Very much. Five years later, we danced to a song from this film at our wedding. We connected over a lot of movies when we were friends. And then when we were dating. They were simply easy conversations. We both loved movies – all kinds of movies – since we were kids, and we loved how we could finish each other’s sentences all the time (even when we weren’t talking about movies!). Is this post getting schmoopy? Are we still talking about movies? Julia Roberts and Hugh Grant sitting on the park bench at the end of the film still makes us squeeze hands a little tighter.

Got a movie or movies you're thankful for? Email us at fthismoviepodcast(at)gmail.com and share. We'll be reading submissions on the podcast all month long. Happy Thanksf'ing!
Posted by Patrick Bromley at 6:38 AM