Watchin' Trailerz with Doug (Week of May 30) 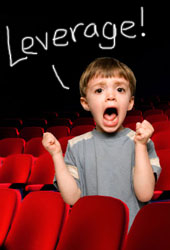 I caught a little Starship Troopers on Starz before I went to bed the other night. Man, what a great movie. A few years after first seeing it, Patrick and I were so desperate to "discover" another worthy, kick-ass, under-the-radar space opera, that we actually saw the VERY FIRST SHOWING of Battlefield Earth in the theater the Friday it came out. What a nightmare! Suffice it to say (which is an expression I hate), NOTHING has compared to watching Starship Troopers for the first time 14 years ago. THE REASON I BRING THIS UP: Amy Adams has just signed on to Paul Thomas Anderson's The Master, which is a Scientology-inspired drama. So, after years of limbo, one of our favorite directors is finally getting to make another movie! Yay! F Battlefield Earth!

In late May, a short red-band trailer for The Girl with the Dragon Tattoo leaked online, but it was quickly taken down by Sony. Was it real? Was it a bootleg? Do you care? I found this green-band preview (embedded above), but I don't know if it's official, or if it's just a fan's take (BTW, I think it's insanely weird that "fans" recut footage to make tribute trailers -- who has time for such shenanigans?!). Anyway, enjoy? You really don't get too much info from the footage. Just a lot of dark shots of people running, drinking, menacing stares and cold, icy roads. Also, a Led Zeppelin/Trent Reznor mashup (because David Fincher). Finally, the "Feel Bad Movie of Christmas"? No thanks? I know I'm missing something, because I never read the books. Can someone please fill me in? And wasn't there already a Swedish film version of the novel only a year or two ago? What's going on here? I feel like I'm in an SNL sketch.

My back's been killing me lately. And I'm a big pussy. I whine and complain about it in such a grandiose way that you'd think there's actually something really horribly wrong with me. And maybe there is (although there probably isn't), because I've only ever experienced pain in my own body (dur). I have no idea what pain feels like to you, or what people truly suffering must be going through. I've always thought I had a low pain tolerance, but a high level of self control. Meaning, EVERYTHING seems to hurt me (e.g., stubbing my toe, plucking the errant ball hair or two); I just know how to contain my winces (for the most part). My neck clicks, the muscles in my shoulders ache and, when I move around, I can hear snaps and pops. It's a bummer, which I attribute to A.) not enough exercise, and B.) my sedentary lifestyle (over eight hours on my tuchus in front of a computer monitor, like most Americans), or, you know -- both A and B. It's really Fing with my mind. So much so, that this LITTLE (I have to assume) amount of pain has planted this thought in my head that if, God forbid, I ever faced a terminal illness and was FORCED to go through excruciating treatment methods to eradicate whatever's causing me harm, I have every confidence that I would NOT be brave, but rather a sniveling little baby. That being said, this trailer really bummed me out. I can't imagine being 27 (really, Joseph Gordon-Levitt? Isn't he, like, forty-something already?) and having a cancerous tumor. While I'm sure the movie is funny and honest and good-natured, I'm just SO not in the mood for it today. Cancer comedy? Schmancer No-thanks-medy.

Welcome to Der Weinerschnitzel, may I take your order please? Yeah, I want: two large Cokes, two large fries, chili cheese dog, large Dr Pepper, Super Deluxe with cheese and tomato. You want Bill sperm with that? NO!
Posted by Patrick Bromley at 7:16 AM