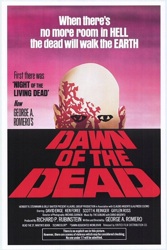 A few weeks ago, the F This Movie! crew listed movies we shouldn't like but do. Because that list was so WILDLY SUCCESSFUL, it only makes sense to flip the script and do a follow-up list in the tradition of everyone's favorite new column, "Sh!#ting on the Classics." We hope we haven't picked any of your favorites. OR DO WE?

1. Mark: The King's Speech (2010) - This Best Picture winner has plenty of things working for it: excellent actors, beautiful cinematography, a universally appealing story about someone who perseveres to overcome a genuine personal struggle. There is so much to like!

Despite the positives, I can’t shake the feeling that it has all the trappings of a good film but isn’t one, like a paint-by-numbers piece with all the requisite ingredients. It was a safe choice for the general audience and the Academy, and because it’s safe, I was a little bored when I saw it and forgot it immediately afterwards. It wasn't a waste of the money and time I spent on it, and if others want to watch it I wouldn't discourage them, but I felt like I knew where it was going, and there wasn't anything at stake, even though I was happy for characters at the end.

I wouldn't be honest if I didn't admit that some of my dislike for The King's Speech is from its Best Picture win over Inception. But Inception is everything that I felt The King’s Speech wasn’t: layered, interesting because of the filmic elements but also because of its potential status in the canon of a terrific director, and a film I was thinking about for weeks after seeing it and still re-watch now that I have it on Blu-ray. Which is what I wish I could say about The King's Speech.

2. Doug: Dawn of the Dead (1978) - The original Night of the Living Dead is one of my favorite horror movies of all time. It's simple in scope, has compelling performances and, most importantly, it's terrifying as all FUUUUUUCK. I heard from reliable sources (JB, Patrick, Mike, Uncle Roger Ebert) that Romero's sequel, 1978's Dawn of the Dead, was epic, groundbreaking, thought-provoking, better than-its-predecessor, utilized realistic-looking fake blood ... OK, I made that last one up, because yikes! I actually saw Zack "Sucker Punch" Synder's 2004 remake before I saw the original, and that movie, while having a HARRIBLE post-credits tag/ending, is better than it has any right to be. It's really good, is what I'm saying. Obviously, I came late to the original Dawn of the Dead party, having seen it for the first time only a few months ago -- you know, 32 years after it came out. Long story short (too late?), I was supremely underwhelmed. Boring at times, ineffectively scary at others, it's repetitive, cartoonish and cheap. Is it a serious sequel, a spoof, a slapstick horror/comedy ... what? I do (kind of) understand why it's garnered such a cult following, and I really respond to its nihilistic themes. Maybe I need to see it two or three [dozen] more times before I'm won over. Or maybe I'll just watch the first 20 minutes of the remake again instead.

3. Mike: Gran Torino (2008) - Full disclosure: I love Clint Eastwood. My affection began by watching Rawhide reruns with my dad when I was little, graduating to the Dirty Harry movies. Along the way I discovered the Man With No Name trilogy, Pink Cadillac, In the Line of Fire and even liked Every Which Way But Loose, a Pomaro family favorite. I then sought out his directorial efforts. As Clint the Director I’m a fan of films like High Plains Drifter, The Outlaw Josey Wales, Unforgiven, A Pefect World, Million Dollar Baby and Letters from Iwo Jima, to name a few. For every good movie he’s made, however, there have been as many sub-par movies as well like Absolute Power and Blood Work. So while Clint the Director is very hit or miss, I’ve always enjoyed Clint The Actor. That is until Gran Torino. I was really excited to see Gran Torino because there was great buzz surrounding it, especially when it came to Clint’s portrayl of racist/old man Walt Kowalski. It was supposed to be his best performance in years and was sure to nab him an Oscar nomination for Best Actor. It didn’t. Unfortunately, Clint gives a snarling, over-the-top performance that completely takes me out of the movie. He manages to make the character seem false, like a caricature, therefore unbelievable. I’m not about to suggest that there aren’t racist people in this world that are as bad, far too often worse, then Clint’s character. I’m only saying I didn’t believe Clint. Besides the disappointing performance, it’s simply a movie we’ve all seen before. It brings nothing new to the table, and ends on a predictable and eye-roll-inducing note.  Very overrated all the way around.

4. Alex: North By Northwest (1959) - I'm not terribly fanatical about Hitchcock, but I always point to the fact that each of his movies does at least one great thing, and that makes them stand the test of time. How North By Northwest has stood the test time is baffling to me because it does no great things. It doesn't even do any good things. It's way too goofy to be suspenseful, which would be okay if it was even a little bit funny. Unfortunately, all the "comedy" consists of indiscriminate bumbling and mistaken-identity hijinks that get old after about the 10-minute mark.

Even the film's iconic set piece -- the crop dust chase -- leaves me totally confounded, since trying to run down a man on foot with a crop-dusting biplane is probably the least efficient method of murder in the history of murder. Also, while I know the final image of the train entering the tunnel with the happy couple poised to consummate their partnership was pretty cutting edge at the time, the fact remains that it's not 1959 anymore and when I watch that scene, it elicits little more than an eye-roll and an expertly executed jerking off motion with my hand.

Also, I'll stop beating around the bush with this. The real reason I don't like this movie is because I think Cary Grant sucks. With the possible exception of The Philadelphia Story, every time I watch a movie with Cary Grant in it, I always find myself thinking "Is that just some handsome guy they found on the street?" Fuck him and fuck this stupid movie.

5. Patrick: Casino (1995) - Calm down, film students. I can already hear you screaming "Scorsese is the greatest living American director!" and "No one has done more for film preservation!" and "Texarkana!" which, frankly, makes me think you're a homeless person. This is nothing against Martin Scorsese. I like Martin Scorsese. And, truth be told, I kind of like Casino. I just don't think it's very good.

I know the usual joke about Casino is "I liked it better when it was called Goodfellas!" Hahahaha good joke. And, yes, it does reunite Scorsese with writer Nicholas Pileggi and stars Robert De Niro and Joe Pesci. But Casino doesn't just feel like Scorsese repeating the Goodfellas formula; it feels like a less talented director doing an imitation of Goodfellas. The only message the movie has on its mind is "We blew it," which really shouldn't take three hours to say. Also, not a single character changes in the course of the movie; they are who they are from the beginning to the end. Some of the shitheads become bigger shitheads (and most of the people in the movie are shitheads), but that doesn't qualify as "growth" or "change" or any of the things that are pretty much required for the presence of drama. There's also not really a story told in Casino. I don't mean there isn't a conventional story, just because there aren't scenes of characters talking to one another and advancing a plot and revealing character through dialogue. I mean there's really no story at all. Instead, the movie plays out as one three-hour montage (though a very well-cut montage) underneath heavy key lighting and set to constant narration and Rolling Stones music (because Scorsese). It's 180 minutes of voice over. Someone call Robert McKee. And tell him to fuck himself.

Oddly enough, Casino is one of Scorsese's most watchable movies -- even more so than many of his much, much better movies. I think it's because, not unlike a number of Judd Apatow or Will Ferrell comedies, it works great in 20 minute increments; anything beyond that, and you've already heard everything the movie has to say. It just repeats those 20 minutes eight more times.

I cannot stand Katherine Hepburn's voice! At this stage in her career, her high-pitched, upper-class New England whine is simply more than I can take. I first saw this film as an undergrad, and it gave me a week-long headache. Years later, when I revisited the film as an adult, Hepburn's voice cause me to run around a tree in the backyard and involuntarily shit myself.

I am allergic to that voice. This is a shame because the film honestly contains one of my favorite moments in film comedy. Cary Grant has ruined his clothes.  Grant winds up at Hepburn's house. There is nothing for him to wear except one of her dresses. Charlie Ruggles, God love him, enters and asks Grant what is going on. Grant does a scissors kick in the air and says, "I just suddenly went gay!"

I am afraid that I am doomed to fast-forward straight to that scene for the rest of my life. Thanks, Katherine.

7. Erich: Caddyshack (1980)/Anchorman (2004) - Maybe I'm outing myself as less of a film nut than everyone else on the site, or maybe I just use my time more wisely, but I don't usually rewatch movies I don't like. I know—shocking! As a result, my memories of WHY I disliked a particular movie are hazy at best. Add in the fact that my choices (yes, I picked two) are loved unconditionally by  movie fans, and I know I'm setting myself up for a right good thrashing in the comments. But Patrick asked me to contribute, and you NEVER say no to Patrick. He's from Chicago, after all.

Up on my chopping block are two comedy "classics"—one older, one newer. Both endlessly quoted by the sort of people who do that kind of thing. Neither of which I have any interest in seeing again.

I know people looooooove Caddyshack. I don't. Sure, it's got old-school comedy heavyweights like Rodney Dangerfield (who is funny) and Ted Knight (who can be funny as long as you remember he's not a real person). It's even got Bill Murray, whom I love. Actually, that's probably why I hated Caddyshack. There isn't enough Bill Murray. Also, there's too much Chevy Chase (his is a rise to comedic fame I will never understand). It established an '80s movie template followed by a slew of worse movies, and if that isn't faint praise, tell me and I'll rewrite this sentence until it is.

Next up, an F This Movie! favorite. Sorry, boys, but I didn't like Anchorman. The trailer was cool—the movie, not so much. I don't remember laughing while I watched it. I mean, I MUST have, but it's tough when pretty much every joke gets thrown into an echo chamber that dismantles it until it's not funny anymore. "Brevity is the soul of wit." Do you know who said that? It wasn't Will Ferrell. I lied earlier when I said I'd never watch either of these movies again. I'd give Anchorman another try. At least, I will when Patrick stops dangling me out this window.
Posted by Patrick Bromley at 6:47 AM