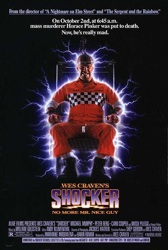 Scary Movie Month continues at F This Movie! with today's Director Essentials installment, in which we examine the career of Wes Craven. For a filmmaker widely regarded as one of the masters of the horror genre, Craven sure has made a lot of terrible movies.

And don't forget to play along in the F This Movie! F Scary Movies! Challenge II.


1. The Last House on the Left  (1972) - Craven's first movie has a reputation for being grimy and ugly and unpleasant and dangerous, and deservedly so. Though basically just a remake of Bergman's The Virgin Spring, the movie feels like even Craven doesn't realize what a dark, horrible thing he's unleashing on the world. It's amateurish and badly made, but even that lends itself to the snuff film quality. It's a horror film that's actually horrifying, and that should count for something. 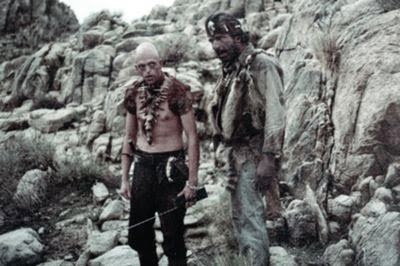 2. The Hills Have Eyes (1977) - Another early Craven film that has received classic status, though I'm not entirely sure why. It has some rough edges, sure, but most of what it has to say (namely that even civilized humans are capable of animalistic savagery under the right circumstances) was already said -- and better -- in Last House on the Left. I may be killed for saying this, but I prefer Alexandre Aja's remake, mostly because it restores that element of "what the fuck is he going to do next?" danger that Craven lost between his first and second movies.

3. A Nightmare on Elm Street (1984) - If Wes Craven never directed another movie, he would still be talked about and remembered for giving us Freddy Krueger, the man who can kill us in our dreams. Because Freddy became such an iconic horror villain (and, ultimately, hero) and the series fell victim to franchise fatigue, the original Nightmare often gets lumped in with the other big '80s franchise, the Friday the 13th series. That's totally wrong. This is a smart, scary movie -- one that respects and cares about its young characters and is willing to take them seriously, and which offers a terrifying boogeyman who isn't all gimmicks and wisecracks, plus lots of surrealist imagery and scares that are as thoughtful as they are visceral. It deserves to be a classic. 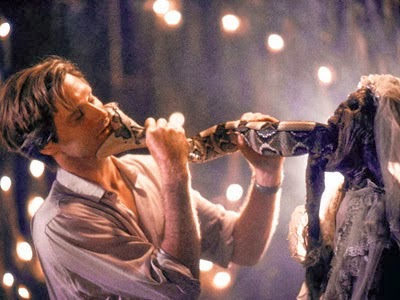 4. The Serpent and the Rainbow (1988) - One of Craven's most overlooked horror movies is a narrative mess, but is one of the few successful "voodoo" zombie movies ever made. It has some scary ideas and a really good lead performance from Bill Pullman (plus the great exploitation-inspired tagline on the poster, "Don't bury me...I'm not dead!"). It all goes off the rails eventually, but it's a rare horror movie that seems aimed at adults.

5. Shocker (1989) - I'd like to argue that this is really where Craven's downward slide began, but that would be ignoring the fact that Swamp Thing and The Hills Have Eyes II and Deadly Friend all came before this one. Craven has always had the kind of career where he makes mostly bad movies, but once or twice a decade will direct something good enough that we want to keep giving him another chance. Shocker belongs in the former camp. It's a pretty transparent attempt to create another franchise and iconic horror character in Mitch Pileggi's Horace Pinker, and it rightly failed. It's cynical and it's lazy, and I suspect that because the characters run through TV channels at the end (that's right), Craven thinks he's somehow "commenting" on the medium. Nope. 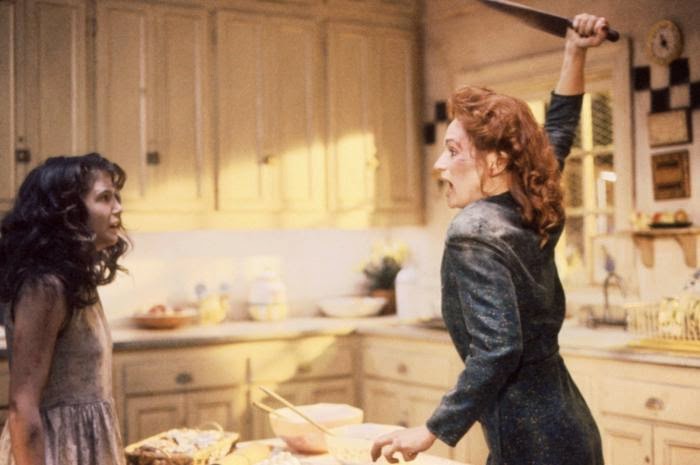 6. The People Under the Stairs (1991) - Ultimately, this one belongs in Craven's "failure" column, but just barely; it's redeemed a lot by the craziness of Everett McGill and Wendy Robie and the fact that even though he fails, Craven is at least trying to say something about gentrification and class warfare.

7. New Nightmare (1994) - The oasis in the desert that was Craven's career in the second half of the '80s and first half of the '90s, New Nightmare reminded us that Craven was capable of being an unusually thoughtful filmmaker (at times to his own detriment). Not everything in this movie works -- particularly those moments in which it tries to be a conventional horror movie -- but it has so much on its mind and so many ideas that it's actually one of the better genre entries of the 1990s. The fact that it's the seventh installment in the otherwise terrible-by-this-point Nightmare on Elm Street series is even more impressive, as it reflects back on the monster that Craven created (both literally and figuratively) in a way that no horror movie has before or since. 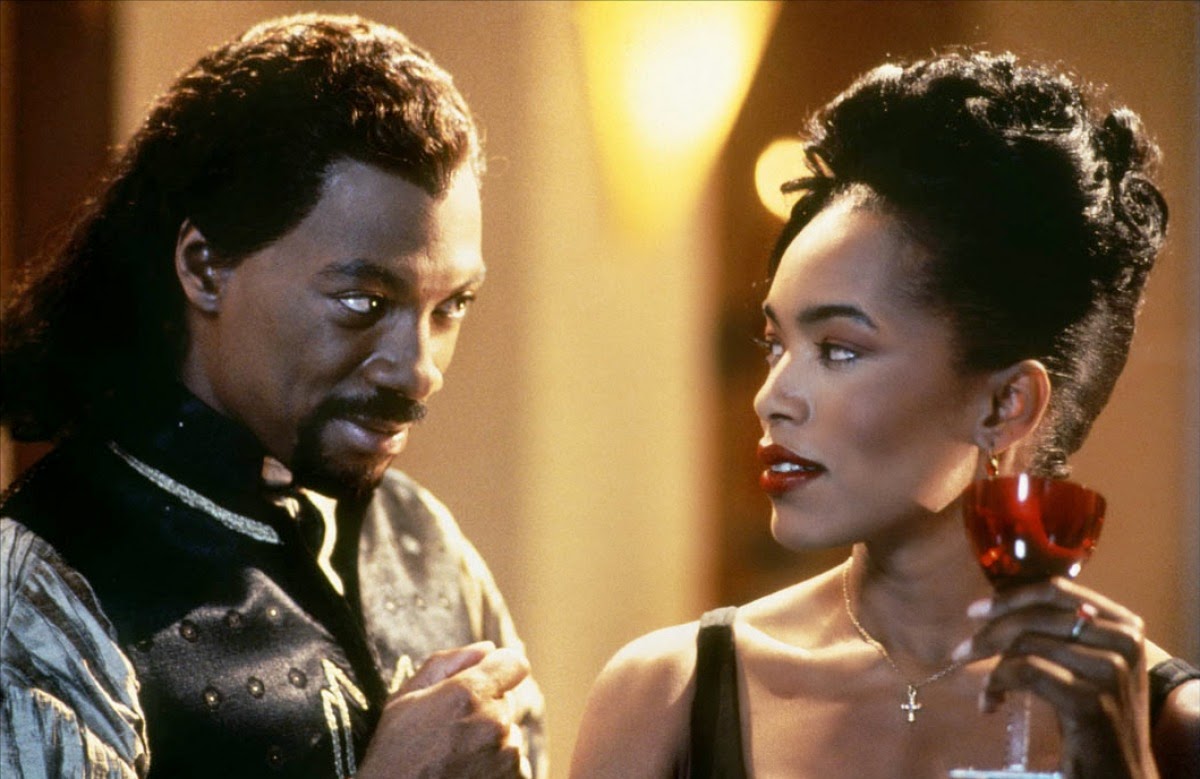 8. Vampire in Brooklyn (1995) - Prior to the career resuscitation afforded to him by Scream, Craven was at his lowest point as a filmmaker, indulging yet another Eddie Murphy vanity project that attempts to straddle the line between comedy and horror and fails miserably at both. It's a much more commercially-minded movie than his past work, which anticipates his output for the next decade, but it's still flat-out awful. It would be remain his worst movie until 2010, when he finally topped himself.

9. Scream (1996) - Not just Craven's comeback movie, but the movie that's single-handedly responsible for ushering in the next 15 years of horror (for better or worse). Yes, it led to a lot of the bullshit "meta" horror that's impressed with itself just for being self-referential (even the Scream sequels would fall prey to this phenomenon), but it still totally holds up. Craven is working with a lot of the same deconstructionist ideas he first presented in New Nightmare, but this time people actually went to see it. Kevin Williamson's script gets a lot of the credit for Scream's success, but Craven's slick, smart direction is every bit as responsible. He directed the hell out of this movie like he had something to prove.

10. My Soul to Take (2010) - And for those of you who would claim that Scream proves that Wes Craven is "back," (and who are willing to overlook Cursed) I give you My Soul to Take. Sure, he's had a couple of decent director-for-hire gigs to demonstrate he could "stretch" himself (Music of the Heart and the surprisingly tight Red Eye), but those aren't really Wes Craven movies. This -- his first original horror screenplay since New Nightmare -- comes entirely from Craven, and it's comically bad. Basically just a hacky reworking of Nightmare on Elm Street (thought-dead killer comes back to take revenge on a specific group of kids), this one adds 3D and takes away anything good that Craven has ever done in a movie. Like John Carpenter's The Ward, My Soul to Take doesn't just suggest that Craven has lost it. It makes us wonder how he ever even had it. 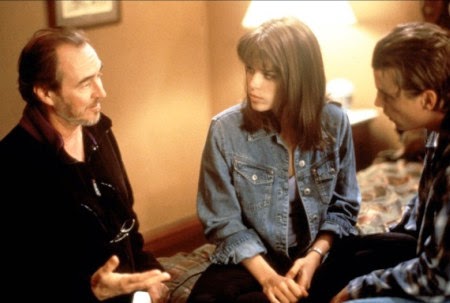 Posted by Patrick Bromley at 8:33 AM