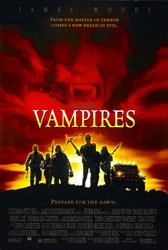 Seeing as our original list of "Movies We Shouldn't Like But Do" was so popular, and seeing as it's still Scary Movie Month at F This Movie!, it only makes sense to do a list of horror movies we shouldn't like but do. Consider it an unnecessary sequel. Or a cheap cash in. Just like in the horror movies!


Mike: Saw VI (2009) - My relationship with the Saw franchise was chronicled in our podcast last October, so I won’t repeat it here. All I’ll say is that it’s a series I enjoy, but recognize the movies aren't very good. And while most people cite Saw as their favorite and/or best of the series, for me it’s easily Saw VI.

It falls into the “Horror Movie I Like But Shouldn’t” category because overall it’s probably not a very good movie. At times it’s over-directed, has some sub-par performances and can get downright ugly. It’s far from a horror masterpiece like Halloween or Psycho. It does, however, stand out from its brothers and sisters in the franchise as the one Saw sequel that does what all of the Saw movies claim to do. Saw VI is actually about something. It makes an attempt to say something about the United States’ health care system and it does so without ever feeling false. It’s critique is evident throughout, but it’s organic to the story and works overall. As far as the infamous traps go, it’s the one Saw movie that actually seems to give those trapped a chance to live through the ordeal. There’s actual tension, and after five movies that only seemed to serve as a way to show new over-the-top ways for people to die, Saw VI shows you ways people can also survive.

Doug: Idle Hands (1999) - Remember when Jessica Alba wasn't the face of Revlon or on the cover of Playboy or an F'ing MOM in Spy Kids: All the Time in the World or the idealized face that a 21-year-old Chinese girl used as her template for plastic surgery in order to win back her ex-boyfriend? Remember when Jessica Alba, now an international (and boring) sex kitten (I don't even know what that means), was simply known for, I dunno -- being cute? Oh, and also her shitty acting. Yes, that's it -- Jessica Alba: cute, shitty actor (in that order). Well, I do, and you should too! Rent Idle Hands, and feast your eyes on an adorable Alba as she tries (and fails) to act! I mean, it's really pretty bad -- we give her a pass because, again, she's a fox -- but BOY does she stink up the joint. Her saving grace? That 18-year-old booty. Sure, I'M the pervert. But[t] seriously, I cannot convey to you how big my crush on Ms. Alba was after I saw Idle Hands for the first time. This infatuation was finally interrupted two years later by A.) Jessica Alba's meteoric rise to fame (and the subsequent, universal acceptance of her hotness [I only crush on the unknown]), and B.) my introduction to Amanda Schull in Center Stage. Still a cutie, that one, but I'm probably only saying that because people still don't even know who she is. As soon as her guest spot on One Tree Hill takes off, we're through! Anyway, back to Idle Hands ... let's be honest, it's a movie that probably should be forgotten. I have to imagine that it's only remembered by a handful of people, including me, Robot Chicken fans (because Seth Green) potheads and Elden Henson (whatever happened to that guy?). In defense of Idle Hands (above and beyond my lecherous previous sentences), the movie does have a few funny lines, it's well-paced and, if nothing else, it totally (totally?) brings me back to the '90s. And, yes, I know that shouldn't be a reason to have affection for a movie (see also: The Goonies), but still. Good horror comedies are hard to come by, and Idle Hands, while ultimately a failure, at least makes an effort. Thanks for trying, Rodman Flender!

Patrick: Silver Bullet (1985) - Stephen King movies are more misses than hits, but I find myself liking a number of them much more than I probably should. This may be because I genuinely love Stephen King as an author. I'm sure this makes the literary snob in you gag and think "OMG, he's so overexposed and safe and populist," to which the guy-with-his-own-website in me says "Go fuck yourself." The '80s were the golden age of King adaptations, and while there were a number of good movies worthy of one's affection -- The Shining and Creepshow and The Dead Zone among them -- one of the ones I like best is Silver Bullet, based on his 1983 novel Cycle of the Werewolf. It's hardly what most people would consider a "movie" that "succeeds" on "any" "level," but there's something about the mix of horror and nostalgia that I really respond to (yes, the movie is told with To Kill a Mockingbird voiceover, even though it makes no sense because it's only been a few years since the "memory" took place but the narrator is clearly a very adult version of the teenage heroine). Corey Haim is really good as the wheelchair-bound Marty, Gary Busey kicks much ass as crazy Uncle Red and Everett McGill plays a preacher werewolf. I still wonder what the movie would have looked like had it been directed by Don "Phantasm" Coscarelli as originally intended, but I'll take the current version directed by Daniel "Only Feature Film to His Credit" Attias. The biggest downfall of the movie -- and what ultimately prevents it from getting the respect I think it deserves -- is the actual werewolf special effect, which has to be one of the worst in movie history. Doesn't stop me from loving Silver Bullet.

Alex: John Carpenter's Vampires (1998) - I want so very badly to mount an eloquent and thought-provoking defense of this crap movie, but the bottom line is I just think it is so fucking cool. While some would argue that this entry came long after Carpenter had lost the unmistakable skill set that bestowed us with the likes of The Thing and They Live, I find this to be sort of a late-entry gem in his canon. For example, the choice to cast James Woods as the grizzled Vatican-endorsed vampire slayer Jack Crow is just sublime. In Woods, you've got a guy who is just tough enough to make you believe he might be able to take on an evil vampire army and just sarcastic enough to ensure that he is sort of in on this joke of a movie. Also, whatever criticisms you might have of this movie, I'd put that opening sequence where the slayers rid that abandoned house of the bloodsuckers up against anything. Same goes for that sequence where Valek obliterates the whole slayer team in their motel. Something about the whole...and the sum of its parts...I...DANIEL. BALDWIN.

JB: Anything but anything with Bela Lugosi - No, I am not talking about Dracula or Son of Frankenstein or The Black Cat or The Wolf Man—those are great movies. I am talking about the grade-Z trash that dear Bela was forced to participate in when his career went into the dumper.

Although Tim Burton really misrepresented him with the cursing, Karloff-hating Lugosi presented in Ed Wood, I do think Burton really captured “outsider Bela,” the Bela whose real career only last three or four years but who was fated to appear in movies for more than twenty five.

Lugosi brings this oddness, a mesmerizing, uncanny quality to everything he did. In Bride of the Monster, Ed Wood wouldn’t even give Bela a second take, so Bela is immortalized in this awful film gravely intoning, “Don’t be afraid of Lobo; he’s as harmless as a kitchen.”

I will watch The Return of Chandu, Murder by Television, Spooks Run Wild, The Ape Man, The Return of the Ape Man, and Bela Lugosi Meets a Brooklyn Gorilla.  Right Now. Let’s go!
Posted by Patrick Bromley at 8:19 AM