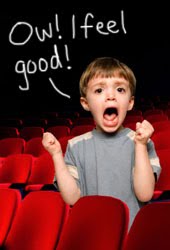 Both Brave (release date: June 22, 2012) and The Hunger Games (release date: March 23, 2012) have new, full-length trailers. And why not? I mean, they're basically the same movie (just like two other new trailers, after the jump)! A horribly named (Merida/Katniss) teenage girl-cum-warrior (wielding a bow and arrow) with daddy issues battles "Careers" and monstrous "muttations" who will kill her in order to "prove their worth" in a long-standing traditional competition of deadly skill sponsored by a shadowy government for the sole purpose of entertaining a restless populace. She wants her "freedom," but is she willing to ... PAY THE PRICE THAT FREEDOM COSTS? Dun-dun-dunnnnn!

Friend of F This Movie! and writer/director of the critically acclaimed The Orange and the Green Ross Reeder shared this link on my Facebook wall earlier this week. It compares Snow White and the Huntsman with another new fairytale-themed release, Mirror, Mirror (release date: March 16, 2012). Have a look! In his post, he called me the "authority on movie trailers," which, while flattering, is also laughable. I'm hardly the authority on ANYTHING (except maybe episodes of Band of Brothers?). But I appreciate the vote of confidence! Thanks Ross! Anyway, onto Snow White and the Huntsman ... HAHAHAHAHAHAHAHAHA! This trailer is DOPEY. Get it? Dwarf burn!

Jeez, all these movies sound the same. A CIA operative went rogue? Really? Again? Sure. But here's the thing -- if it's done well (The Bourne Identity, Three Days of the Condor ... No Way Out?), I'm totally there. I'll be the first to see it, and the first to jerk it off on my Flixster account. Just kidding, I spend all my time online playing Myst. While jerking off. REGARDLESS, this movie looks fairly interesting, inasmuch as it's a new take on an old standby. Because SOUTH AFRICA. All-star cast, sure, but I'm getting mighty sick of Denzel Washington's put-on affectation. And Ryan Reynolds, while 93 percent Canadian wood, CAN also be very, very good, so let's just hope he doesn't turn Cape Town into a giant Hot Wheels track. BOOM! Ya burnt, Green Lantern!

F Ladies and F Gentlemen, I present the first movie written and directed by Mrs. Brad Pitt (and daughter of West Canaan football coach Bud Kilmer), Angelina Jolie! Surely that must mean something to you people! Listen, LISTEN: this movie, I'm sure, touches on some very serious subjects. Subjects that, perhaps, have been largely ignored in the U.S. (a war in Bosnia? Is that what this is about?). But here's the thing: this feels like WORK. Like I'm in grade school, sitting in the back of class next to an old 8mm projector showing me a documentary on the periodic table. BORING. C'mon -- this is a movie! And I'm sure, while some events depicted actually happened, the central narrative thread (a love story between a soldier and one of the women he guards) is made-up! Fiction! So why not have a little fun? I'm not suggesting that the filmmakers trivialize the war or the suffering enduring by its millions of victims. I'm simply recommending an infusion of humor, or, at the very least, COLOR. This olive-drab movie may get some award nominations because of its harrowing themes and delicate handling of ethnic strife, but I checked out as soon as I realized it had the same look/feel as Defiance or Hart's War. And I love war movies! But the best war movies balance the horrors with the humors (double Hs!). Also, the love story sounds like it was lifted from an episode arc of Lost -- Sayid, the grizzled Iraqi Republican Guard torturer, must now interrogate his former love interest, Nadia. Can he do it?! Then a polar bear runs out of the jungle! "We're gonna have to take the ... BURN!"
Posted by Patrick Bromley at 6:51 AM

Email ThisBlogThis!Share to TwitterShare to FacebookShare to Pinterest
Labels: angelina jolie, in the land of blood and honey, ryan reynolds, safe house, snow white and the huntsmen, the hunger games, watchin trailerz with doug