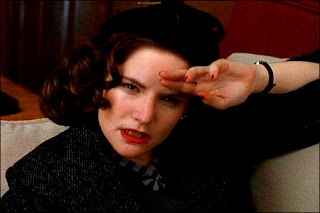 We've already talked about the boys. Let's talk about the ladies.

JB: I have been a fan of Lili Taylor since I first saw her in 1988’s Mystic Pizza. She quickly established herself as the smart, vulnerable girl who would not take shit from anyone.

She might actually be most famous for her role of Corey 1989’s Say Anything, where she practically stole the film with her impassioned folk song, “Joe Lies.”

Taylor began turning up regularly, giving great performances in big roles (Rose in 1991’s Dogfight and Teresa in 1993’s Household Saints) and small ones (Honey Bush in 1993’s Short Cuts and Edna Ferber in 1994’s under-rated Mrs. Parker and the Vicious Circle). Whenever Taylor would show up in a movie, you knew that you were in for an interesting and unique performance.

She was even great in pretentious nonsense like 1995’s The Addiction.

The 90’s were clearly Taylor’s decade to shine, but I think her Valerie Solange in 1996’s I Shot Andy Warhol and her Nell in 1999’s unwatchable The Haunting were obvious bids for Hollywood stardom that never materialized.

Her cameo as Sarah in 2000’s High Fidelity was so well observed that it made me wish that she had been cast as the female lead instead of Iben Hjejle.

I think it is difficult for any actress, however talented, to have a career that lasts longer than ten years, what with Hollywood’s insistence on a constant parade of interchangeable femmes du jour. Like many actresses before her, she sought rewarding work in television and appeared in Six Feet Under from 2003 to 2005.

She was terrific as Paula Claw in 2005’s barely released The Notorious Bettie Page. I eagerly await her future film work.

Patrick: I was a little surprised by how much more difficult it was to pick actresses I love than it was actors. This is not because I am sexist. Or sexy. I am neither. It is because, as JB points out, the majority of modern mainstream actresses have a difficult time amassing a substantial body of work. Their shelf lives are considerably shorter than their male counterparts, because Hollywood is a terrible, sexist place concerned only with youth and beauty -- but only as they pertain to women. Talented actresses lose parts because they are no longer "fuckable." Robert Duvall continues to work in his 80s.

There are plenty of actresses I like a whole lot, but as I look over their filmographies, I am amazed at how much crap they are forced to make in an effort to stay relevant. Oscar-nominated Julianne Moore does incredible work in Boogie Nights and Far From Heaven, but has to star in junk like Laws of Attraction and Crazy, Stupid, Love to try and get a big audience. Sandra Bullock is an adorable brown sweater of a human being, but really only has five or six movies in her entire body of work that are actually any good. Rachel McAdams started her career with promise, but quickly gave that up in favor of crowd-pleasing movies like Morning Glory and The Vow. This is because the only real lead roles available to women in Hollywood are in romantic comedies or romantic dramas. We are ok with a female lead as long as she is defined by her relationship with a man.

But enough complaining. Let me answer the question.

I've always been a big fan of Jennifer Jason Leigh, for reasons other than that she's super pretty and looks a lot like my wife. It's because she's been willing to go to truly crazy places since first catching our eye in Fast Times at Ridgemont High, in which she played a 15-year old who loses her virginity to a douche in a baseball field dugout, gets an abortion and can't keep her clothes on for longer than a 20 minute stretch (this is a recurring theme in her career). Flesh + Blood? Medieval Dutch crazy.  The Big Picture? Quirky art student crazy. Miami Blues? Dumb white trash crazy. Even in Single White Female, arguably one of her most "mainstream" studio movies, she does things no other actress would do: masturbates on camera, murders a puppy and blows Steven Weber.

Some of my favorite JJL performances are the ones where she makes big, big choices. The most obvious example of this is her work as fast-talking reporter Amy Archer in The Hudsucker Proxy, the Coen Brothers' homage to the screwball comedies of the '30s and '40s. Leigh isn't just playing Rosalind Russell and Barbara Stanwyck; she's playing Rosalind Russell and Barbara Stanwyck on crank. Her performance makes Katherine Hepburn nervous. Critics blasted it as just being stylized nonsense, but that's what I love about it (besides, there's more to it than that; there is a beating heart at the center of the performances, just waiting to be exposed by Tim Robbins' relentless optimism and sincerity). It's the kind of performance that is both of the thing and about the thing -- it comments on the acting style and characterization of the period while still capturing the essence of what makes screwball comedy so breathlessly fun. I'm ok with critics not liking it, so long as they are ok with being wrong.

Amongst the films I that I really enjoyed, Hepburn appears in Charade, Breakfast at Tiffany’s, Roman Holiday and Wait Until Dark. I find an intriguing dichotomy within her: easy elegance coupled with next-door accessibility, comedic timing with dramatic gravitas, and high energy with languid melancholy. I loved her style, the iconic face and the iconic clothes and her musical lilting that she added to every spoken word. I had no chance; I was smitten. John Rhys-Davies tells a spectacular story about seeing Julie Christie for the first time, and how he felt that she was so beautiful that he became more keenly aware of his own ugliness in comparison. I won’t say that’s how Audrey Hepburn makes me feel, but I do know what Mr. Rhys-Davies is talking about.

Grace Kelly dovetails nicely into my favorite Hitchcocks: To Catch a Thief, Rear Window (one of my favorite screen entrances), Dial M for Murder, but also in one of my favorite westerns: High Noon (which Patrick and JB gave love to in the westerns podcast). Loved that she wasn’t just an “icy blond” in the Hitchcock mold, but could exude warmth and vulnerability as well as strength. She also set a standard for the new Hollywood blonde that was more than the proverbial pretty face. She also continues to inspire plain-born girls everywhere who dream of a prince actually coming to sweep them away.

Cate Blanchett – Much to her credit, she’s good (or at least trying to do something) in fare that is not great: The Life Aquatic of Steve Zissou, Robin Hood, The Gift, Indiana Jones and The Kingdom of the Shoot Me in the Face. At her best, she can play angelic (Galadriel in The Lord of the Rings), evil (Hanna), and every note in between (Notes on a Scandal, Elizabeth, Veronica Guerin). She’s prolific, she works hard, she speaks intelligently, and she doesn’t get involved with the dirty stuff in the gossip rags. I want all of my movie stars to be like her.

I wanted to honorably mention Marion Cotillard and Jessica Chastain, two other luminous actresses who I love, but didn’t make the list only because I haven’t seen enough of their seminal work (I haven’t seen La Vie en Rose or Take Shelter/Jolene). 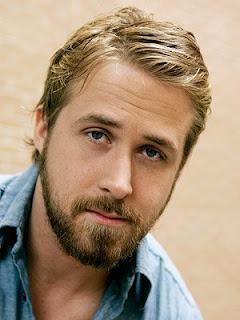 Wait...did you ask me something?

Doug: Because Gina Carano's performance in Haywire was, frankly, Eagle, my choice for favorite actress goes to ... Dame Julia Stiles. I AM JUST KIDDING.

I know people (read: douchebags) use words like "fearless" and "brilliant" WAY too often when it comes to describing art (specifically, acting), but I really think Rooney Mara's performance in The Girl with the Dragon Tattoo was the real deal.

Surprised you, didn't I? Bet you think I was going to pick some ridiculous alien chick with a big rack, huh? WRONG. I'm a rich tapestry. And I have FEELINGS :(

Back to Ms. Mara ... think about it -- if you're a 25 or 26 years old woman (not sure exactly how old she was when she was cast), how many of you would have done what she did? Consider: in said film, you have to a.) get completely naked (A LOT), b.) shave your head, c.) get violently raped, d.) cover yourself in (what most consider) ugly (or, at the very least, EXCESSIVE) tattoos, and e.) fill your face with piercings. Then you have to speak in a fractured Swedish accent while oozing confidence, vulnerability, poise, innocence, sensuality, rebelliousness and virtue. My point? This is really hard to pull off! And she does it! With élan! And I say this knowing full well that The Girl with the Dragon Tattoo is not as good as I wanted it to be!

Rooney Mara was exceptional in that MEH of a movie. And while she doesn't yet have an impressive body of work (barf on you, reboot of A Nightmare on Elm Street), I look forward to seeing her flex those legit acting chops in future films.

Runner up: Paula Patton. She can beat up my boner any day.
Posted by Patrick Bromley at 1:32 AM