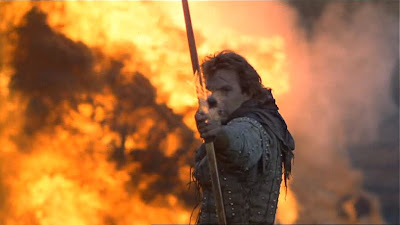 It's coming one month from today.

Last year's inaugural F This Movie Fest was a big success -- lots of nice people took part, and I think it's safe to say that everyone had a pretty great time. It only makes sense to make it an annual tradition, right?

So the Second Annual F This Movie Fest will take place on Saturday, February 2nd, 2013 beginning at Noon CST. In case you forgot, here's what to do to take part:


1. Secure a copy of all the movies in the lineup (titles will be announced in a few days).
2. If you're not already doing so, follow F This Movie! on Twitter. If you're not already on Twitter, you should sign up! You can quit the very next day if you want.
3. Beginning at Noon on Saturday, February 2, we all start watching the first movie at the same time from the comfort of YOUR OWN HOME or wherever and talk about it on Twitter (just tag all of your comments with #fthismoviefest). It will be like a running commentary. A conversation. Just like WE'RE ALL IN THE SAME ROOM TOGETHER!
4. If you have to leave for a movie or can only participate in half the festival or whatever, that's cool! Just check in or out with us on Twitter so we know who's there and when. Hopefully, we can all do the full marathon, but we know that's not easy for everyone. Everyone who lasts through the whole festival will of course be honored on the show.
I don't know of too many (or any) Twitter film festivals, so know that you'll be a part of something unique and special and SUPER COOL. I'm not bragging or anything, but last year's fest was written up by A.V. Club, The Huffington Post, Chicagoist and more. But I'm NOT bragging.

One month.
Posted by Patrick Bromley at 7:49 AM