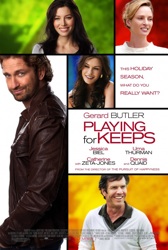 We told you that you would get your chance.

You've read the other critics' lists, which were meaningless. You read our lists, which changed your life. Now it's your turn to share your 10 favorite movies of 2012 with THE WORLD.

Let's keep it to 10, everyone, and let's treat each other's lists with respect. Like James Dalton says, "BE NICE." That's not something we really ever have to worry about here (U GUYZ RULE), but I just want to be sure it doesn't turn into a lot of "I can't believe you put that movie on your list" nonsense. Some people just really, really loved Salmon Fishing in the Yemen. It happens.
Posted by Patrick Bromley at 9:03 AM

Email ThisBlogThis!Share to TwitterShare to FacebookShare to Pinterest
Labels: 2012 movies, best of 2012, weekend weigh in