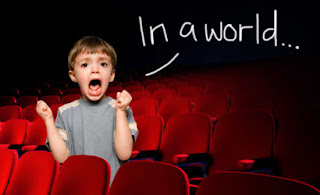 If there's one thing I learned from that foxy clock saleswoman, it's that we CAN'T LIVE IN THE PAST (if there are two things I've learned from that foxy clock saleswoman, it's that, " Half past a monkey's ass, quarter to his balls," is NEVER the appropriate time). Still, how 'bout the second annual #FThisMovieFest last Saturday, huh? What a blast! Really, we appreciate everyone's participation, funny tweets and willingness to spend 10+ hours with us watching awesome movies from 1991 ([COUGH] we know what we're doing [COUGH]). Next year's gonna be even bigger/better. Until then, TRAILERZ!

GO SPORTS TEAMS! This trailer premiered during Super Bowl XLVII (or, as I now measure time, PRE-SUPERDOME BLACKOUT). It was ... exciting to see? Enjoyable to watch? A welcome distraction from all the other terrible commercials (this just in: GOATS LOVE DORITOS)? ALL OF THE ABOVE. I'd be lying if I said that some (most? [ALL]) of us here at F This Movie! weren't crazy pumped for this movie. Yes, we know it's a silly, flawed, mindless film franchise, but it's also FUN. Just like Fast Five. HOWEVER, Michelle Rodriguez's hyper-serious ghost frowny face did make me LOL. But whatever. The whole cast is back (a rarity these days), including The Rock (who is The Best), PLUS Gina "Haywire" Carano. More like Fast & Furious 6 ... inches (around), amIright?

What the FUUUUUU? The little kid (Michael Angarano) from Almost Famous is all growns up (and all growns up), hurting himself ... ON PURPOSE (you can't make this stuff up [unless you're the screenwriter, Tim Macy, in which case, yes, you can]!) with the latest "It" girl, Juno Temple (a shocking LACK of nudity on Ms. Temple's part in this movie, if you ask me). You see, when they feel pain, a brass teapot they discovered magically ... (wait for it) gives them money! Then some Hasidic Jews show up to try to take it back. LOOK, the only reason I decided to feature this trailer is because the IMDb page for the film lists Alexis Bledel as the VERY FIRST cast member. And I love her. Or, more specifically, I love Rory Gilmore. Or, even more specifically, I want to hug (thereby PROTECTING) Rory Gilmore in a totally nonsexual way. Is that weird? But she's only in the preview for about .3 seconds. Which is disappointing. So, what I'm trying to say is, THIS LOOKS DISAPPOINTING. Like, A Thousand Words disappointing.

Speaking of things I want to hug/protect in a nonsexual way (you believe me, don't you?), here's Zac Efron's latest movie in which he plays an up-and-coming racecar driver (Cole Trickle much?), trying to escape the dead end world of Midwest fracking farming. But, given the number of laurels surrounding impressive-sounding film festivals on the preview's opening title card, something tells me it's about more than just NASCAR. I'M KIDDING, of course, because this INCREDIBLY heavy-handed trailer makes it very well known that this is a SERIOUS and IMPORTANT American film by newbie Ramin Bahrani. The movie also features Dennis Quaid, who happens to be the subject of my favorite new expression (coined by F This Movie! contributor Adam Riske): "E-Quaid-Er," or the measure to judge if an actor/actress is good or not (i.e., are they better or worse than Dennis Quaid, an actor who will neither help nor harm your movie?). BRILLIANT, Adam.

Hanna's hot mom's a vampire. NEXT.

Boy, the ad wizards who came up with the title of this movie WEREN'T MESSING AROUND. "So, uh, what's you're movie about? Oh, half the world is upside down? You don't say. OK, I got it. What about, Upside Down? Good, right? Wanna do some cocaine?" Four more quick points: 1.) I have never seen a more BLUE trailer in my life. 2.) Didn't Kirsten Dunst already do the whole upside-down kiss thing? 3.) This feels more like an animated short (in the vein of La Maison en Petits Cubes) than a feature-length movie. And 4.) This actually looks pretty interesting, so what the hell do I know?

Lots of Sundance Film Festival trailerz out these past few days/weeks. Which is great! Except that, I fear, half of them (if not more) will never get wide distribution, and/or seen beyond festival circuits, film blogs, trailer roundups, etc. The Playroom looks really good. John Hawkes is the man, and the '70s vibe totally works for me. This might be a film I have to make an effort to seek out in a few months. Nothing funny here! MOVING ON ...

YA BURNT, ONE PERCENT!
Posted by Patrick Bromley at 7:23 AM