Weekend Weigh-in: What Director Is Ready to Hang It Up? 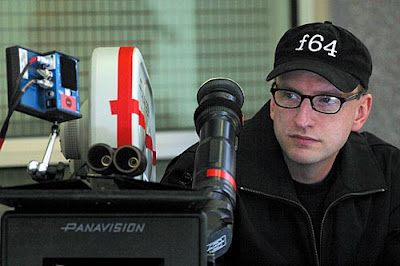 But don't be mean about it.

Side Effects opened this weekend, and (for now) it's the last theatrical movie we're ever going to get from Steven Soderbergh, who's retiring from directing. Kevin Smith has said that he's got one more movie (maybe two, if he does another Clerks sequel) in him before he devotes his life entirely to podcast and getting baked. Even Quentin Tarantino has been talking lately about retiring after 10 movies and focusing on writing film criticism.

So who do you think should retire from directing? And I was serious about not being mean. This isn't the place to say "So and so has always sucked and should never have started" or something ignorant like that. This is to talk about filmmakers you think may have already said everything he or she is going to say, or who have a strong enough body of work already to have left a legacy, or who shouldn't risk tarnishing a perfect track record with a bad movie.
Posted by Patrick Bromley at 8:39 AM