Review: The Lords of Salem 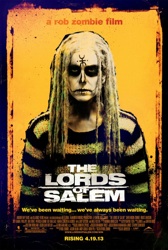 Rob Zombie's latest, The Lords of Salem, is a very effective movie. I'm still not positive it's a "good" movie in the conventional sense, but that doesn't matter. What matters is that it works. It does.

I'm a big fan of Rob Zombie as a filmmaker. Even when I haven't loved every single one of his movies (though I have at least liked them all), there are things to appreciate about them; I'll take something ambitious and messy like his 2007 "reimagining" of Halloween over this month's Evil Dead any day. Zombie is an artist. He has a vision. Yes, his scripts often let him down, but every one of his movies has scenes so brutal and effective that it makes up for bad writing. The Lords of Salem continues that tradition.

Sheri Moon Zombie plays Hedi LaRoq, one third of the team that hosts a popular rock radio show in Salem, Massachusetts. One day, a box arrives to the station addressed to her; inside it is an album with no information other than that it's from a band called The Lords. When Heidi listens to it, she begins to have disturbing visions. Things start to go downhill from there. Though several people in her life attempt to help her -- including her co-host Whitey (Jeffrey Daniel Phillips) and Francis Mathias (Bruce Davison), a local expert on witchcraft and devil worship -- Heidi slips more and more into delirium every day. Is she experiencing a drug addiction relapse? Or is Hedi somehow connected to Salem's centuries-old tradition of witchcraft? 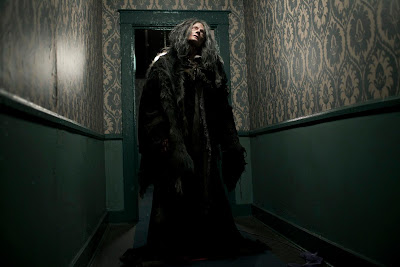 Like all of Zombie's films, The Lords of Salem works better as an experience than as a narrative. It's more true of this movie than the others, in fact, because there's less story here than usual; much of the running time is spent waiting for the next creepy or disturbing thing to show up on screen. It's less of a direct assault than his past work, opting instead for a "slow burn" approach that's going to read as boring or tedious to many viewers. Thankfully, the creepy and disturbing things that show up make the waiting worthwhile. Zombie's skill in the past has been in scaring us with relentless brutality; here he manages to scare us with carefully chosen nightmare imagery and a brilliant, creeping-dread score courtesy of guitarist John 5. The sound design of the movie is great throughout -- like David Lynch's Lost Highway, it demands to be experienced in a theater. Even the song that plays over and over again -- the one by the Lords that kicks the entire plot into motion -- works in exactly the way it's supposed to. It's only five or six notes, and it's impossible to shake.

Zombie's wife, who has appeared in every one of his films, gets her biggest role to date here. She's pretty much the whole movie, and while there are still several moments in which her performance calls attention to itself with unintentional comedy, it's easily the best performance she has given. During the majority of her scenes, I forgot that it was Sheri Moon Zombie trying to act and just accepted the performance the way I'm supposed to with any other actor. For her, that's progress.

Like with all of Zombie's films, the supporting performances are mostly filled out with stunt casting, though much less here than usual. There's Ken Foree (Dawn of the Dead) as Heidi's co-host. There's Dee Wallace (The Howling), Patricia Quinn (Magenta of The Rocky Horror Picture Show) and Judy Geeson as sisters who take a special interest in Heidi. There's a weird, blink-and-you'll-miss-it cameo from Barbara Crampton. And there's a totally unrecognizable Meg Foster as Margaret Morgan, one of the original Salem witches. If I could invent time travel, I would go back to my 12-year old self watching The Stepfather 2 and un-fantasize about Meg Foster. It's rough. Does the casting add anything to the movie? Sure. As horror fans, it's great fun to see all these actors on screen again, even if it does tend to be a little distracting (though much less so in Lords of Salem than in the Halloween films). More than it adds anything, though, it doesn't take anything away -- the movie doesn't sacrifice performance for the sake of kitsch. 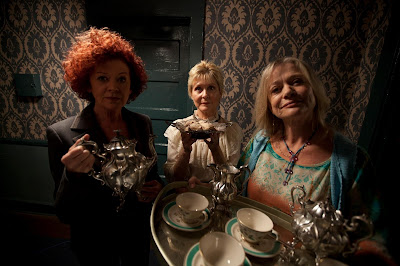 Though it's much more deliberate -- dare I say "grown up" -- The Lords of Salem is still a Rob Zombie movie, so there's lots of rock t-shirts and '70s music and TVs that only play old movies and a GIANT poster of Trip to the Moon hanging behind the protagonist, but he picks and chooses where it goes this time around. He doesn't just ladle his style all over every frame like he's done in the past. Not every single character is covered in dirt. Not everyone says "fuck" all the time. It's still his aesthetic, looking like cheap 16mm (probably because it is), but he seems to at least be trying to do something different. A lot of the movie is set during the day, for one. A few of the characters are genuinely sympathetic -- in particular, Bruce Davison as Mathias and Jeffrey Daniel Phillips as the impressively bearded Whitey. In the past, Zombie's movies could perhaps rightly be accused of turning every character into a variation on a single type -- the smoking, swearing leftover disciple of Charles Manson. The Lords of Salem is more thoughtful than that.

Like the Evil Dead remake, Salem makes a case for possession as a metaphor for drug addiction. It's an effective one, too; if not for a post-credits coda that makes things way too explicit, the metaphor would have worked in a more open-ended way (though it's difficult to imagine a more open ending than this one). Had the movie stuck the landing a little better, the metaphor might have helped to rescue it from some of the witchcraft hypocrisy and devil worship silliness.

Because despite the fact that I love, love, love horror movies, I have very little interest in a) witches, 2) demonic possession and d) ghosts. So it's to the movie's credit that it contains two of these three things and still manages to be good. While still clearly stuck in the '70s, Zombie is no longer aping grindhouse horror like Last House on the Left or The Texas Chain Saw Massacre; this time, he's much more influenced by the mounting dread of Stanley Kubrick (one repeated shot is directly out of The Shining,  but Zombie isn't being shy about it), Roman Polanski and Italian horror. It's all bold color and disconnected nightmare imagery, from a mutant chicken baby to a group of faceless masturbating priests. In just about any other movie, this stuff would be insufferably pretentious -- the stuff of student films or German music videos -- but Zombie makes everything feel of a piece. His is a specific vision, well-executed. Like it or not (many choose "not"), it is art. That's a rare thing in the horror genre.

Some movies just work on us. If asked to defend the merits of The Lords of Salem beyond its atmosphere and evocative imagery, I'm not sure I could. But the movie wormed its way into my skull and has taken up residence there. Most Rob Zombie movies have gotten me upset. This one left me unsettled. I'd call that a success. 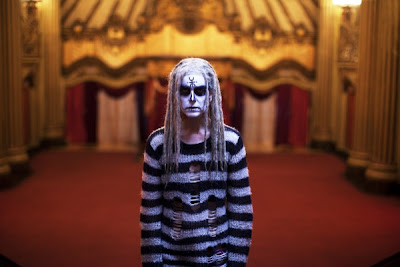