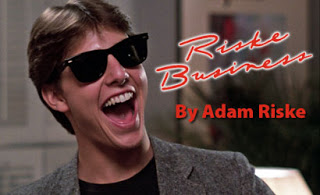 The Hall of Kick-Ass is back! What’s new? I’m glad you asked. Not only do we have 16 new inductees, but we also have a pledge. The Pledge of Kick-Ass will commence with every new induction. Soak it up, celebs! You’ve earned it! You made my pants hurt. Because you kicked them so hard in the ass.

As always, inductees into the Hall of Kick-Ass are being honored for providing me with a great memory or a laugh. They are all SKOWs (aka Some Kind of Wonderful).

Check out the first class of HoKA inductees here!

Note: To maximize the induction ceremony experience, listen to the official anthem of the Hall of Kick-Ass as you read. 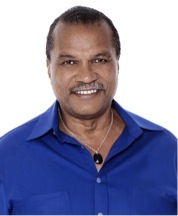 Billy Dee Williams (The Empire Strikes Back, Return of the Jedi, Batman) – I once saw a man wearing sunglasses inside and sitting half-asleep in a chair with his shirt mostly unbuttoned. I donated $40 to his shirt rebuild project. In return, he signed his name for me on a poster. There’s nothing sadder than watching one of your heroes fall…asleep…at an autograph convention. I was in Chicago. Billy Dee Williams was in Cloud City. 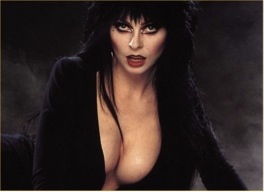 Cassandra Peterson (Elvira: Mistress of the Dark, Elvira’s Haunted Hills) – I used to watch Elvira: Mistress of the Dark A LOT when I was about 6 years old. I don’t know what I liked about her. Could it be that she (alongside the Universal Monsters) got me into horror? Or do I like her for two other big reasons? I once asked my Grandpa to watch her movie with me, which he did. There’s a scene at the end of the movie involving tassels and my Grandpa asked "Adam, why do you like this movie?" I said "Because she has big boobies!" My Grandpa told my Mom that he had never been more proud of me. Cut to 20 years later and I got Elvira’s autograph. My Grandpa has since passed, but I asked her to sign my poster 'To Adam and Grandpa Klein, Yours Cruelly, Elvira.' This is my longest lasting memory of my Grandpa, a great guy I wish I had more time with. Thanks Elvira. Sincerely, a couple of big boobs.

Fun Fact? An Elvira signing attracts a lot of odd people. Mostly men. While I was waiting in line, a guy behind me asked if I had gotten Cassandra Peterson’s autograph before. I said I hadn’t. He told me there are much shorter lines on the days she appears as Cassandra Peterson as opposed to Elvira. I said that it’s cooler to meet Elvira. He then goes "Oh, you like the fantasy!" I could practically feel his word-jizz. Here I am, innocently trying to savor an Adam & Grandpa Klein breast memory and this guy, man…..some people, man. Some people. 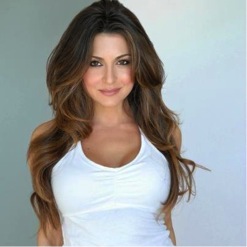 Cerina Vincent (Cabin Fever, Not Another Teen Movie) – I’m not often a gushing fan, but Cerina Vincent in person made me all Dreamweaver. I stopped being Adam Riske, fan of Cabin Fever, and turned into Adam Riske, "Let’s see where this goes" guy. We flirted. It was not bullshit. Something was going on. It’s one of those moments where you’re saying all the right things and you’re almost outside of yourself going "Where are you getting this stuff? It’s good!" Then I looked at her hand and saw her giant engagement ring. My girl? Getting married? We talked about her ring for a while and I’m pretty sure I told her she deserves the best of everything. She didn’t get weirded out. Because that’s how soul mates talk. Note: I just checked IMDB, and Cerina Vincent has since separated from this guy. I hope I didn’t have something to do with it. Come and get me baby! 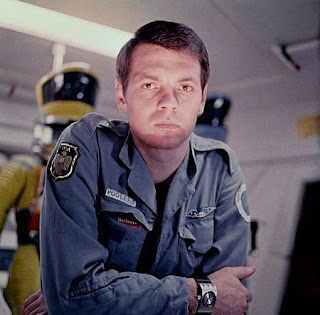 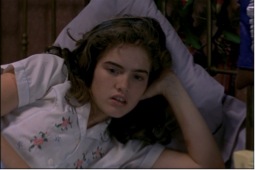 Heather Langenkamp (A Nightmare on Elm Street, Wes Craven’s New Nightmare) – As Heather signed my poster, she asked me where I was from. I told her "Chicago," to which she replied "You sound like someone from Wisconsin." F-Heads, never call an Eloi a Morlock. 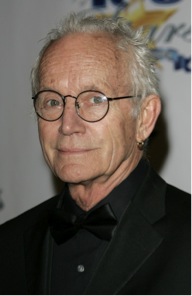 Lance Henriksen (Aliens, The Terminator, Near Dark) – If not for a fateful conversation with Lance Henriksen, I would have a tattoo that I would now regret. Let me explain. Lance has many tattoos. I mentioned that I was thinking of getting one. He asked of what. I said I didn’t know and that I just wanted one. He and I had a two minute conversation about how I am being stupid. I thought I was going to meet Bishop and instead I met an extension of my father. 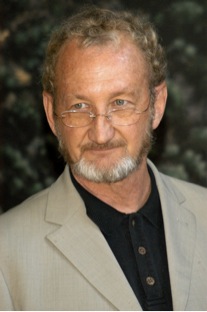 Robert Englund (A Nightmare on Elm Street, Wes Craven’s New Nightmare, Freddy vs. Jason) – My Mom often asks me "Got any good gossip?" She would LOVE Robert Englund. Just from the minute I was getting his autograph, I learned a) On the set of Meet the Deedles, actress A.J. Langer (My So-Called Life, The People Under the Stairs) fell HARD for Paul Walker (The Fast and the Furious, Varsity Blues), but he did not want to run a zoom zoom in her boom boom and b) Wayne Kramer, who was Paul Walker’s director for the movie Running Scared, was so poor that he was sleeping in his car when the movie wrapped. I didn’t even want an autograph at that point. I just wanted to feed Robert Englund $20s like he was a fortune teller and get more stories. 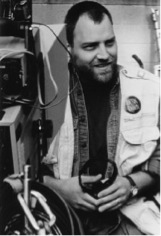 Robert Kurtzman (Wishmaster, Army of Darkness, From Dusk Till Dawn) – Wow! Just wow. Being the only fan of Wishmaster, Bob Kurtzman treated me like royalty when I asked for his autograph on a poster for the movie. Not only did he sign that, but he also gave me a concept poster for a movie called Bump which was never released. He signed that one, too. Then he walked me around for five minutes introducing me to other horror celebrities and bought me a cup of wine. It was weird. I felt like Lorraine Bracco during that long Copacabana tracking shot in Goodfellas. 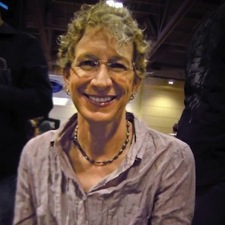 Victoria Price (daughter of Vincent Price) – One of the best movie memories I will ever have is when The Portage Theater hosted a Vincent Price Vincetennial double feature of The House on Haunted Hill and The Last Man on Earth. In between the two movies, guest Victoria Price showed a slide show of family and personal photos of Vincent Price himself and told some incredible stories about his life and career. My favorite was when Vincent was very old and near the end, he would fade in and out of consciousness. One time, with his family at his bedside, he awoke long enough to firmly and breathlessly say "BALLS!" before falling back asleep. Victoria Price is also a very talented artist and designed a really cool Vincent Price T-shirt. I bought one and have worn it proudly many times since. What a great day! BALLS! 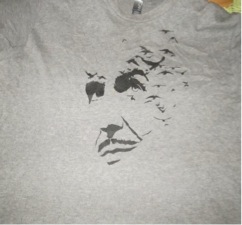 *Also I would like to immediately induct Richard Schaal (a JB nominee), John Lithgow (a Marc Brouilette nominee), Alec and Billy Baldwin (J.M. Vargas nominees), Lloyd Kaufman (a Gabriel Girard nominee) and the cast of Numb3rs (a James Garcia nominee) into the Hall of Kick-Ass. We love you all. Thanks for being kick ass!

Your turn! Who have you met that is awesome and worthy of joining the Hall of Kick-Ass?
Posted by Patrick Bromley at 12:27 PM