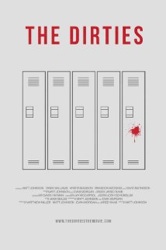 When the opening title card for The Dirties first appeared on screen saying something to the effect of "Out of respect for the families, none of the following footage has been altered," my heart sank. Fuck. Another found footage movie.

Boy, was I wrong.

Yes, The Dirties, the Canadian indie that won the Best Narrative Feature at this year's Slamdance Festival, is technically a found footage movie. But it is to found footage movies as Cabin in the Woods is to horror movies, examining the notions of form as it relates to content and what function the found footage genre serves. This is a movie that has us laughing for the first half and shaken by the end, partly because of what we have seen and partly because we have become complicit in it.

The best way to go into The Dirties is knowing nothing. I'll need to discuss certain aspects of the movie in this review -- no major spoilers -- so if you want to go in as blank as possible, stop reading now. Come back when you've seen the movie.

You should see the movie. 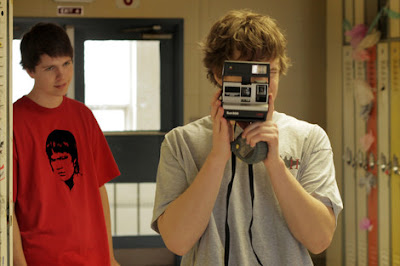 Matt Johnson and Owen Williams play Matt Johnson and Owen Williams, high school students and best friends who spend their days trading movie quotes and pop culture references. They're picked on at school, and most indications are that they are each other's only real friends. For their film class project, they make a deliberately bad movie in which they go around and kill the school bullies known as "The Dirties." A teacher has some concerns about the movie. The boys get picked on more. Plans begin to change.

All of this is told documentary-style; someone (we never really learn who, though it doesn't matter) is making a movie about Matt and Owen making their movie. Could The Dirties have been made as a straightforward narrative? Absolutely, but the found footage elements are what give it new layers of meaning -- and I say this as someone who is very much over the found footage thing.

For instance, does the found footage aesthetic make the eventual violence more "real" than the movie violence that Matt and Owen celebrate every day -- the kind they put into their own movie project or in the movies they constantly quote? Does it provide another layer of distance between them and the world? At one point, Matt is accused of essentially playing a character in his own life and putting on a performance for the camera. But because of the way things are now -- many of us are on camera all the time, whether it's the stars of a reality TV show or just a regular person who's subject to countless security cameras and iPhones -- Matt may not be acting self-consciously. Is he putting on a show? Yes. But is it possible that it's also who he is? Yes. When Owen accuses Matt of being a construct of influences and references, he's right. When Matt responds that that's the real him, he's right, too. Welcome to the world in 2013.


Is The Dirties suggesting that movie violence can be cathartic? After all, it's not until Matt and Owen are unable to show their project -- in which they can be seen killing all of the bullies in their school -- that their ideas get more serious. Is their endgame the result of some sort of violence blue balls? I don't think that's what the movie is after, but the fact that it allows the question to be raised is a testament to just how much it has on its mind. It's a movie about a believable male friendship, and those first moments when best friends start getting pulled in two different directions. It's an honest look at bullying. It's a statement on movie violence, on real violence and the relationship between the two.

The Dirties pulls off an incredible trick: its protagonists are so sweet and goofy and likable that we want to be on their side even as things turn dark and horrible -- especially when their intended targets are as irredeemably shitty as The Dirties. No attempt is made to justify any behavior, mostly because the film rarely indicates if it is honestly going to go in a certain direction or if that's just another layer of "cinema," but it's impossible to see the kind of pain that the boys are put through and not be taken to a similar emotional place. Where that line gets drawn is a different story.

The movie is worth seeing just for Matt Johnson, who gives one of the funniest, most natural performances in a movie this year. His work is effortlessly authentic, and the relationship portrayed between him and Owen is totally believable -- it's the same kind of friendship I had all through junior high and high school.

Oh, and did I mention that Johnson also wrote and directed the movie? 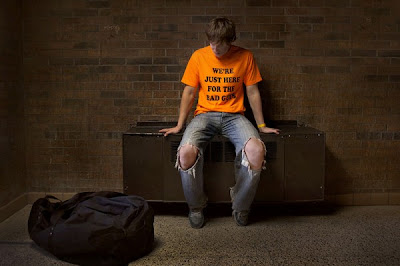 The more movies one sees, the easier it becomes to predict everything that's going to happen in the majority of stuff that comes out. The Dirties is not like that. While it's not a film of great twists -- at a certain point, the writing is pretty much on the wall -- it would be impossible to know when the movie starts just where it's going to end up. It begins as a comedy, gets us to love and identify with its characters, but slowly marches towards horror and tragedy with a sad inevitability. There is so much to chew on and talk about with The Dirties, but most of it would require spoiling major elements of the movie and is best left for after everyone has had a chance to see it.

Everyone should see it.


One of the advantages of a film festival like the one put on by the Chicago Film Critics Association this past weekend is that you can see a lot of movies without knowing much about them; you just have to commit to going to see as many as possible. As opposed to the way we usually go see movies -- we read about them for months, we see the trailers until we're sick of them, we make a conscious choice to see one movie over everything else that's playing, we choose a show time, make arrangements to be there and so on and so on -- you put your trust in the festival programmers and show up to a movie every two hours knowing nothing except that someone thought it was worth your time and attention. In the case of the Chicago Critics Film Festival, that was easy to do; while there were movies I don't think succeeded as well as others, I'm glad to have seen them all.

The Dirties was the movie I knew the least about going in. It was also the festival's biggest and best surprise.

Posted by Patrick Bromley at 3:27 PM