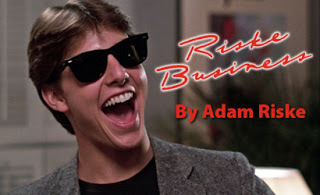 Note: We have a special guest this week on Riske Business – Doug’s long lost uncle, Dr. King Schultz! He’s rode a whole lot of miles at my request to speak to us about spoilers. Let’s make him feel welcome.

The following will spoil the endings for Like Someone in Love and The Matrix Revolutions. 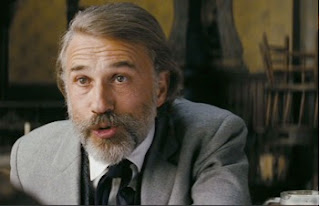 Adam, prost! Please tell our mutual friend Patrick that I very much liked his Tarantino column.

My dear friends, I am probably in the minority on this one, but I LOVE spoilers. Love them. I’ll seek out a spoiler. I am a Newsie. But I know many of you poor devils take the opposite stance. You, like my good friend Django, are Gandalfs – i.e. “keep it secret, keep it safe.” I respect and understand your position on spoilers if you are a Gandalf. I, too, used to not go in for sweets. But I think you’re missing out! Do you mind hearing an opinion so ridiculous that you’ll be forced to consider it?

1) I Don’t Want To Be Surprised
Allow me to tell you a story about my friends Thomas und Klaudia. They were about to have a beautiful little baby. I asked them “What will the baby’s gender be?” Thomas und Klaudia said they knew but wanted to keep it a surprise. And here I thought I was their friend. In response, I queried “Is having a beautiful baby not enough good fortune that you feel guarding the child’s identity is necessary for me to care?” Even more frustrating is my friend Norbert. He once told me multiple twists and turns about The Sixth Sense but then wouldn’t tell me the ending because he didn’t want to spoil it. In response, I countered “My good man, did you simply get carried away with your dramatic gesture or are you going to provide me with the spoiler I am keen to acquire?” I think what my friends are forgetting is that I still will be surprised. It’s just that I will be surprised as I read or hear the spoiler as opposed to when I see the spoiler.

One of my first spoiler exercises was with The Matrix Revolutions. It was opening day. I could not wait, so I went to an Internet Saloon and found out for myself. Trinity dies!??? Neo dies!??? They’re killing off most of the heroes of this billion dollar franchise? An old woman, Col. Sanders, fake Jet Li and a little girl are going to be in the final scene on a park bench? How are they going to pull this off? This seems like a dubious proposition at best. What I am saying is I was ready to go to Mississippi prepared for the worst.

2) Most Endings are Inconsequential Anyway
I feel, more often than not, that the ending of most movies I see these days mean absolutely nothing one way or another. Does it matter how The Avengers ends? Do you think they’ll be back? Yes, yes they will absolutely be scaling the mountain once more. What does it matter who lifts the doomsday device into outer space? I will still remove my billfold and see the movie whether it is an Iron Man or a Black Widow.

3) I Don’t Have the Plot in the Way
Remember when I told Django the Broomhilda legend? It is the exact same thing. By telling that wonderful story of daring and courage to young Django, I provided him with dramatic propulsion and identity. Much like with movies. If I know the plot, I will not get bogged down with questions of "What is going to happen?" and "What is this movie supposed to be?" Instead, I can do what movie lovers do – I savor the performances, the direction, the dialogue and the stylistic choices like a mug of cold beer. Conversely, when I saw The Lord of the Rings: Fellowship of the Ring or The Master, I did not read any spoilers and in turn never found my foundation upon first viewing. My experience was greatly enhanced the second time when I had a base for what was going to happen and could keep it all straight. I needed a Venn Diagram (literally) to understand Inception! It is not the story; it is how it is told that is important.

4) I Can Save Myself From a Movie Temper Tantrum
Recently I rode Fritz down to Southport Avenue in Chicago and saw the movie Like Someone in Love spoiler-free at the Music Box. It is a nice movie about a young girl going through some hard times but finding solace in a friendship with an elderly man. For 3/4 of the movie, Fritz and I were positively charmed. Then director Abbas Kiarostami (Certified Copy) ends the movie with the old man being shot dead through a window by the girl’s jealous boyfriend, who is presumably on his way up to kill the young girl. Even worse, the movie goes right to the credits as the beautiful song "Like Someone in Love" by Ella Fitzgerald ironically plays over the end credits. The curtain goes down; I look at the rest of the audience baffled and Fritz nays "What the fuck was that?" It’s as if Mister Candie bashed Broomhilda’s skull in front of Django and me and that woman playing the harp goes right into "Mama Said" by the Shirelles. My point being, if I knew Like Someone in Love was to end as it ended, I could have saved myself and Fritz from riding up Clark St. yelling at Wrigleyville bar patrons "Do you have any idea what’s happening on Southport!"

Coming back to The Matrix Revolutions, I knew the movie would have a terrible ending and it became a case study of what happens when you kill off most of your heroes in a hero’s journey. I was not up in arms, saying that they ruined MY TRILOGY because I already knew what was to happen.

Thanks you F-Heads for your time and candor! Perhaps I will return at some other time. I have to leave now to visit my colleague Doc Hollywood.

In the odd chance there are any other spoiler aficionados amongst us here, my North Stars are Wikipedia, Moviepooper.com and The Movie Spoiler.com. Please leave a comment if you have any others you use yourself.

P.S. Before I forget, I never wish to see another Abbas Kiarostami movie. To them I say "Goodbye!" 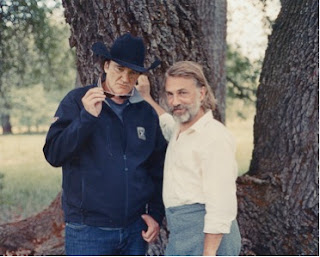 Posted by Patrick Bromley at 12:05 PM