A Few Words on Quentin Tarantino 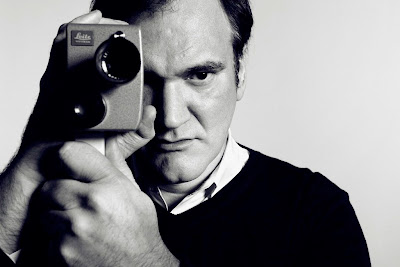 I have a confession to make.

Django Unchained, my second-favorite movie of 2012, is out on DVD and Blu-ray in just a couple of days. I can't wait to revisit it, but I know exactly what's going to happen: it's going to send me down the Tarantino rabbit hole, where I will once again work my way not just through much of his filmography, but the movies from which he borrows as well. The next weeks of my life will be spent tearing through '70s exploitation movies and listening to nothing but Ennio Morricone music. I just know it.

I was looking for something to write this week, so Adam Riske and JB suggested I do a ranking of my favorite Quentin Tarantino movies. It's a great idea, right? Except I can't do it, because as I have said in the past, my favorite Quentin Tarantino movie is always whichever one I am watching right now. A year ago, I would have said that Inglourious Basterds is my favorite, because it's his most sophisticated and has the most to "say." But then I'll be watching Jackie Brown and will fall in love with how well those characters are created, and how so few movies have ever shown as gentle and mature a romance as the one between Jackie and Max Cherry. Too bad all the people who accuse Tarantino of being a snotty recycler of B-movies and violence conveniently forget that the filmmaker is responsible for one of the best adult romances of the last 20 years, and that he managed to sneak it into a thrilling and funny crime movie.

Or I'll watch Pulp Fiction, which has been stigmatized since its release because it created such a crazy amount of hype and inspired so many terrible imitators, tainting the second half of the '90s with an endless stream of "chatty guys with guns" rip-offs. The impact of the movie has been diminished by decades of bad copies and movie snob backlash, but every time I revisit it I'm amazed at just how good it really is. If it's not in the running for my favorite of Tarantino's movies, it's only because it's not about much more than it's about. Still, it's impossible to overstate just how much that movie meant to me in 1994, and what a transformative experience it was to see it opening night. I spent the next several years chasing that high, which would explain what led me into a theatrical showing of Destiny Turns on the Radio. 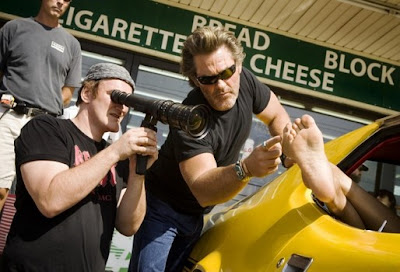 Maybe I'll check out Death Proof again, which is "lesser" Tarantino (he has called it his worst movie, which I take personally even if I know what he means) but which doesn't make it any less entertaining or enjoyable. When I'm watching it, I love every second of Death Proof, one of Tarantino's most personal and political movies again passing itself off as a genre exercise. It is lesser only because it doesn't have the same scope or ambition of some of his other work, but the movie works on exactly the level it intends. Few movies made in the last five years make me as happy as Death Proof.

Or maybe it will be Reservoir Dogs, the movie that started it all. I've discussed my first viewing of Reservoir Dogs before as being one of the most impactful and influential viewings of my life. Watching that movie on VHS on Saturday afternoon in 1992 changed my life; not only did I LOVE the movie and have my eyes opened to different styles and genres of film, but it was the first movie that really made me aware of the concept of the AUTEUR. A person is responsible for these choices, I found myself thinking, and that's the person I want to know more about. Over 20 years later, that hasn't changed.

So here's the big confession: I think Tarantino might be my favorite director. 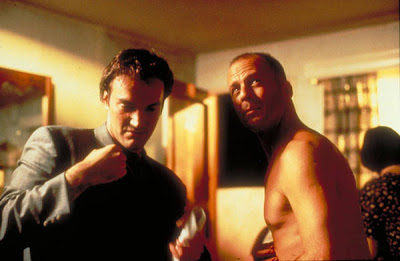 For years, that spot has been occupied by Joe Dante, who I dearly love and who has made so many movies I hold close to my heart. The two filmmakers have a lot in common, really, having both digested years and years of genre movies and reinterpreting into films that are referential but wholly original -- and, better yet, personal. Tarantino is a flashier director than Dante; his writing calls more attention to itself, his camera work more show-offy. Despite being aware of it, that stuff works on me. Plus, I can think of few contemporary filmmakers whose work is this entertaining while still being thematically rich and complex. His movies require multiple viewings to unpack, but the movies are so much fun that multiple viewings are welcome.

I've resisted coming to terms with the fact that Tarantino is my favorite (if we're even going to bother ranking and quantifying such things) because it makes me seem young and sheltered. When a 15-year old kid says it, we get it. He hasn't seen enough yet, and Tarantino's stylized dialogue and excessive violence appeal to the teenage movie geek in all of us. For some reason, a grown man naming Tarantino as his favorite director leads to a lot of conclusion jumping -- that he knows no more than the 15-year old, or that his tastes haven't evolved beyond 1995, or whatever. When someone asks you what your favorite food is, "pizza" is considered a pretty pedestrian answer. But if you've already sampled every other kind of food and STILL think pizza is the best, isn't that ok? Especially when you find someone who makes pizza better than anyone else?

It's a tortured metaphor, but it makes the point -- not that it's going to change many minds. Tarantino's a polarizing filmmaker, rabidly beloved by some and utterly reviled by others. Both reactions have a tendency to be a little extreme and say less about the director than about the people themselves, but such is the current state of movie fandom. I understand why some people are left cold by his movies. I do not understand the people who write him off as nothing more than the sum of his references. Those people are being dismissive and short-sighted. You do not need to like a filmmaker, but you should at least attempt to understand him or her as an artist before making that judgment. 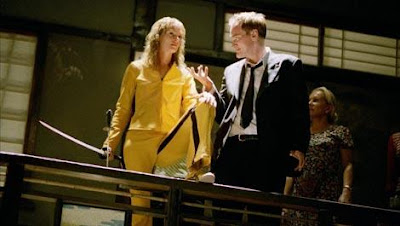 JB has talked about his love for the classic Universal Monster movies, and that a big part of that love has to do with the fact that he just enjoys spending time in Universal Monster Land. That's as good a description of my relationship to Tarantino's movies as any -- I love spending time in Tarantino Land. It's why I loved Django Unchained, even though I was able to see that it isn't one of the director's best movies. It's why his movies have always provided an inroad into a much bigger movie landscape. Tarantino Land doesn't just stop at the borders of Django Unchained; it bleeds over into The Grand Duel and Mandingo and Drum and countless other older films, the tracking down of which often provides as much fun as the viewing. His movies are an education. They are not the final word; they only begin the discussion.

Second big confession: Kill Bill has, in the last year or so, snuck onto the list of my 10 favorite movies. Not Vol. 1 or Vol. 2 each on their own -- I'm talking about the full, four-hour movie that Tarantino originally conceived (often referred to as "The Whole Bloody Affair"). No other movie puts me so squarely in Tarantino Land, and no other movie gets so directly to the heart of what makes his films so special. Every time I watch it -- and I watch it more than any other Tarantino movie -- it gets better, offering me everything I love and want from a Tarantino film. It tells a small, personal story on an epic scale. It has great performances. Great music. Incredible action. Brilliant dialogue. It's maybe the only four hour movie that I could start watching again the minute it ends. With the exception of the switch to black and white during the "House of Blue Leaves" sequence (which was a compromise for ratings purposes, and which isn't even that distracting), I love every single thing about it.

These things are all kind of meaningless, of course, and totally subjective, but can be fun to talk about on sites like this. As movie nerds, we love to rank things and talk about our favorite this or favorite that. A year from now, or in another week or even on another day, maybe Kill Bill doesn't make the list. I love so many movies and go through so many phases that any list of my "favorites" is going to be somewhat fluid. I'm much more confident in saying that Tarantino has become my favorite filmmaker, because he has finally built up a large enough body of work to warrant such a claim. There are lots of directors who have movies that I love. Tarantino might be the only director whose every movie I love. 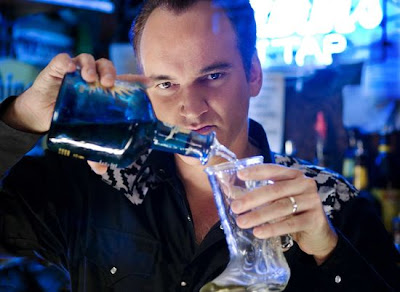