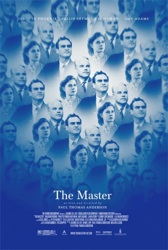 Just over a week ago, I had the chance to see an early screening of Paul Thomas Anderson's sixth movie, The Master, projected in 70mm at Chicago's Music Box theater. I have been trying to process my thoughts about the movie since then.

I have been mostly unsuccessful.

What follows isn't a traditional review. I'm not ready to write that, and you guys, having not yet seen the movie, probably aren't interested in reading it. These are some thoughts, mostly unrelated, totally unorganized. Much of this is still being worked through even as I type it.

Note: I was very careful not to include any SPOILERS, barely even discussing the plot or any specifics about the movie. However, if you want to go into seeing it without knowing ANYTHING, wait to read the review until after it comes out. But I think this review is totally safe. 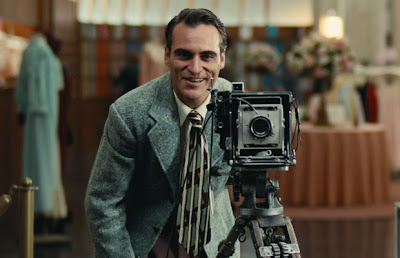 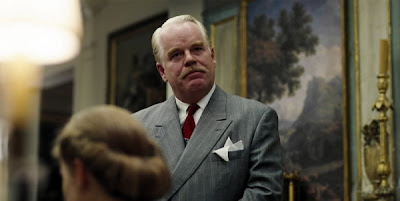 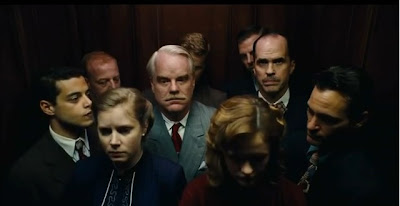 Everyone should see The Master. If you're the kind of person who loves movies and who regularly reads a movie blog, you either a) have been waiting to see this since it was first announced and hate having to wait three more weeks or b) should want to see it, because Paul Thomas Anderson is one of the best filmmakers currently working (a case could be made that he's the best, but that's a different conversation) and a new movie from him -- like a new movie from any great filmmaker -- is a big deal.

When the movie is released, let's all see it and come back here to talk about it some more. It's a movie that deserves discussion. It's a beautiful movie. It's a powerful movie. It might be a brilliant movie. I'm just not sure yet.

Posted by Patrick Bromley at 11:32 PM