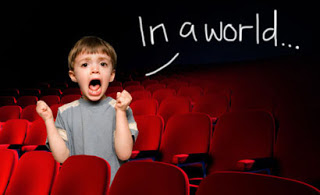 June is almost over. And you are very sad. But cheer up! Only three more months till #ScaryMovieMonth! Because I blew my #Junesploitation trailer wad last week (ewww), here is a short collection of summer(ish) #HonestTrailers put together by the fine folks at Screen Junkies. Enjoy!

One nerd (Patrick) and one non-nerd (Doug) assemble for a spoiler-free discussion of the biggest comic book movie ever made. Excelsior! 'Nuff said.

Patrick and Erich Asperschlager set the record straight on Marc Webb's new Spider-Man movie, discuss sequels versus reboots and discover the truth about their parents.

By listener request, Patrick and Alex take on M. Night Shyamalan's The Last Airbender and hate their lives.

Patrick and Mike are such nerds.

Patrick and Erika are totally the Edward and Bella of F This Movie!.

Patrick and Doug don't exactly see eye to eye on Fast Five, the fifth installment in the Fast and Furious franchise. That's because one of them is a cop.
Posted by Patrick Bromley at 12:08 PM