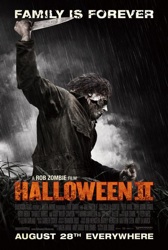 A recent rewatch of Wrong Turn 2 (in conjunction with my piece on its director, Joe Lynch, and Holliston) got me thinking about horror sequels that surpass the originals. Not all of you will agree with all of my choices.

1. The Bride of Frankenstein (1935) The accepted wisdom is that James Whale's follow-up to his own Frankenstein isn't just the better movie, it's the best of the Universal monster movies and quite possibly the greatest horror movie ever made. Funny, literate, gothic, subversive and just the right amount of crazy, Bride is a movie that gets better every time you see it. JB and I have talked about the movie's greatness here and here. It basically defines Superior Horror Sequel.

2. Dawn of the Dead (1978) - Sure, all of these are up for debate, but this one is maybe the most subjective choice on the list. If you told me you preferred Night of the Living Dead to its sequel, I wouldn't tell you that you're wrong. For me, though, Dawn isn't just the better movie, it's one of the best horror movies ever made. Everything is bigger -- Romero follows his grim, low-budget, claustrophobic black and white classic with a splashy, colorful, more action-packed sequel that trades realism for brilliant social satire. It just comes down to what you want out of a horror movie. For me, Dawn has everything. 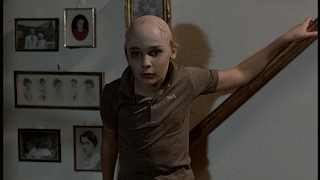 3. Friday the 13th: The Final Chapter (1984) I'll always love Friday the 13th Part 3 for its sheer 3-D insanity, but The Final Chapter is inarguably the best in the series. It has the best cast (including Corey Feldman, Lawrence Monoson and Crispin Glover), is directed by the great Joseph Zito and is the only entry in the franchise that's genuinely horrifying at times. The series could actually have gone out on a high note had everyone stuck to their word; instead, they kept it going for six more sequels of wildly varying quality.

4. The Texas Chainsaw Massacre Part 2 (1986) - Yes, I know I'll probably catch shit for this one. Again, it comes down to personal preference; there's nothing wrong with Tobe Hooper's grimy, brutal original -- I just happen to prefer the demented black comedy of the sequel. It's almost impossible to get a handle on this movie's tone, which is a big part of what is great about it -- the movie finds a completely new way to keep you on edge. Purists and devotees of the first film will likely disagree with this pick, and that's ok. The first movie is great and influential and all. I just think the sequel is better.

5. Final Destination 2 (2003) While I've never been the biggest fan of the Final Destination series -- which plays like Faces of Death for the CW crowd -- I have always found the second entry tremendously entertaining. One-time-great genre director David R. Ellis (of Snakes on a Plane infamy) takes over from James Wong and does two things really right: he stages some incredible set pieces and gives the movie a pitch-black sense of humor without ever making it jokey. The series would continue to vary wildly in quality after this (Ellis is also responsible for the fourth film, the worst in this franchise [and many others]), leaving Final Destination 2 firmly entrenched as the high water mark. Worth watching for the opening crash sequence alone. 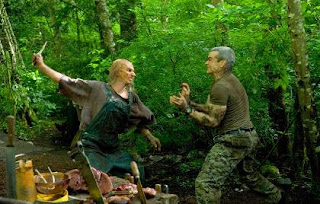 6. Wrong Turn 2: Dead End (2007) Much of the first decade of the 2000s were dominated by '70s-inspired horror movies, from the work of Rob Zombie to the remakes of The Texas Chainsaw Massacre and The Hills Have Eyes to Alexandre Aja's High Tension to 2003's Wrong Turn, a generic mutant-hillbillies-in-the-woods slasher that's competently directed (by Rob Schmidt) but totally forgettable. Hired to make the DTV sequel, Joe Lynch ditched the '70s brutality and opted for '80s-style fun and over-the-top gore. Coupled with a great Henry Rollins performance, Wrong Turn 2 is light years ahead of its predecessor and evidence that Joe Lynch needs to make a lot more movies. Or, at the very least, that his cut of Knights of Badassdom needs to be released right away.

7. The Devil's Rejects (2005) Speaking of '70s horror, musician-turned-filmmaker Rob Zombie practically ushered in the movement with the long-delayed House of 1,000 Corpses, an underrated movie that's just now starting to get the credit it deserves. Pretty much everyone agrees, however, that its sequel, The Devil's Rejects, is a superior movie and one of the few horror classics of the new millennium. Brutal, bloody and brilliant.

8. Saw VI (2009) Our relationship with the Saw series is well-documented on this site, as both myself and (especially) Mike have gone to bat for the franchise many times. It's often terrible but never less than fascinating. Only two of the movies can really be called "good" in the traditional sense: Saw III (in its Unrated form) and Saw VI, easily the best of the bunch. It's the only entry that bothers to be about more than what it's about, tackling the current health care dilemma and acknowledging the political context in which it was made, something the other Saw films never managed to do. It's also the only Saw movie in which some of the outcomes are uncertain, giving us a character to (sort of) root for and suspense as to who lives and who dies. It's too bad most of the audience had bailed on the series by part VI. 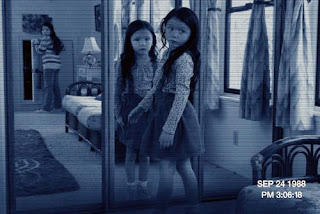 9. Paranormal Activity 3 (2011) While the first Paranormal Activity has lots of low-fi charm and a couple good scares, the third installment (directed by Catfish filmmakers Henry Joost and Ariel Schulman in their "fiction" debut, depending on your feelings about Catfish) is the best in the series. Maybe the stakes are raised because it centers on two young girls (it is a prequel), or maybe it's because it tries to tell more of a story than just "There might be a ghost! Let's film it!" Really, though, it's because Joost and Schulman come up with lots of inventive ways to stage a Paranormal Activity movie that isn't just "let's set the camera down and leave it running until something happens." The scares are great, the characters are worth caring about and the finale is genuinely unnerving.

10. Halloween II (2009) Plenty of people despise Rob Zombie's 2007 remake of Halloween. I don't, but ok, I get it. Plenty of people also despise the 2009 sequel, and that I don't get as much. If you already aren't a Rob Zombie fan, it's not really going to be for you, but if you like his movies then this is VERY MUCH one of them. Better than the first movie in pretty much every way, Zombie's sequel isn't tied down by having to remake anything that came before it -- the movie gets to do its own thing. It can be rough going at times -- it's very violent (and not in a 'fun' way) and at least one performance is pretty shrill -- but it's a horror movie that considers the psychological scars left by the kinds of attacks we see in horror movies. Zombie even makes Michael Myers a character instead of just a shape. All this and a Spirit Horse, too.
Posted by Patrick Bromley at 2:01 PM